My Cousin Rachel / Uncovering the duality of Daphne Du Maurier 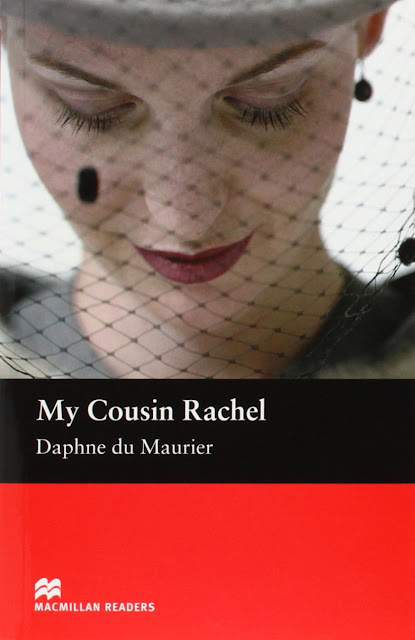 
As new film My Cousin Rachel – based on the classic Daphne du Maurier novel – hits the screens, we examine an author as ambiguous as her characters.

Her writing was noted as being so strongly cinematic that Alfred Hitchcock made three films based on her work: Jamaica Inn, The Birds and Rebecca, while Don’t Look Now, the classic horror film by Nicolas Roeg, was based on another of her works.
My Cousin Rachel, published in 1951, immediately became one of her most in-demand works, and was another that lent itself clearly to the silver screen – with its compelling, tension-packed story of an ambiguous woman who may or may not be guilty of murder, and yet who elicits a magnetic attraction on those around her.
In her teens, she began to write, even as her family tried to dissuade her from this unseemly métier
An intriguing character, du Maurier once described herself as possessing two personas – one her female “self” and the other a male “lover” who she said did her writing.
Born in 1907 to a wealthy bohemian family, she grew up with an obviously unfaithful father and a mother who seemed indifferent to his infidelities. Before puberty, du Maurier thought she was a boy born in the wrong body, and some suggest this is why her fictive females don’t fare well. Taught at home by governesses, du Maurier and her three sisters were expected to make fine marriages, not fine careers. But in her teens, du Maurier began to write, even as her family tried to dissuade her from this unseemly métier.
Her first crush was on Carol Reed, the director of The Third Man. Around this time she often holidayed alone in Cornwall at the du Maurier holiday home – and this was also where she is alleged to have had her first same-sex affair around the age of 18.
After that, she married Frederick “Boy” Browning, an Army major, with whom she had three children. Reportedly their marriage dwindled after Browning returned from the Second World War. She also felt that her massive success as an author damaged her husband.
Writing to close friend Ellen Doubleday (who is said to have spurned du Maurier’s advances), the author wrote: “It’s people like me who have careers who really have bitched up the old relationship between men and women. Women ought to be soft and gentle and dependent. Disembodied spirits like myself are all wrong.”
The author struggled to come to terms with her bisexuality, and disliked lesbianism, saying: “By God and by Christ, if anyone should call that sort of love by that unattractive word that begins with ‘L’, I’d tear their guts out.”

Of du Maurier’s many loves, the biggest was for Cornwall itself and the house called Menabilly. Discovered by the writer in 1926 and purchased in 1943, it was the basis for Manderley, the famous mansion in Rebecca.
My Cousin Rachel, starring Rachel Weisz and Sam Claflin, is also set in the area, where the privacy (before it became a tourist destination) the sea, the sky and the land provided du Maurier with the perfect backdrop for her noirish tales.
Who knows what du Maurier, if born today, would have done differently. Perhaps nothing. Indeed, as her only son, Kits Browning, has said: “A great story will do it every time. And that’s what Mum always wanted to be remembered as – a damn good storyteller.”

To celebrate the release of My Cousin Rachel, the Telegraph has written a wealth of fascinating features on the cast and director, the continuing appeal of the femme fatale, and Daphne du Maurier’s life and work. Read more at tgr.ph/mycousinrachel.
A dark and layered romance, My Cousin Rachel tells the story of a young Englishman who plots revenge against his mysterious and beautiful cousin, believing that she murdered his guardian. His feelings become complicated as he finds himself falling helplessly and obsessively in love with her.
With an incredible cast including Rachel Weisz, Sam Claflin, Iain Glen and Holliday Grainger, My Cousin Rachel is in cinemas UK wide from 9 June.
THE TELEGRAPH