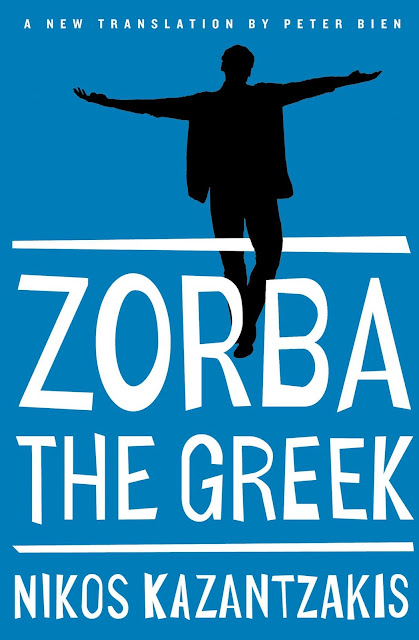 
Far from being unputdownable, this novel demands you cast it aside and emulate its great Greek hero in living life to the full


I'd heard of Zorba the Greek, in the way that the classics of modern literature totter into the subconscious even without being read or studied. It was only while holidaying in Greece in summer 2010 that I bought a tatty, overpriced Faber edition from a small bookshop in Athens as I waited for the boat to Heraklion, the main port of Crete where Nikos Kazantzakis, the book's author, was born and is buried.

The novel tells the story of the narrator's friendship with a lively 60ish-year-old lover, fighter, adventurer, musician, chef, miner, storyteller, dancer ... the occupations are endless. This is Zorba, described by the narrator as "the man I had sought so long in vain". They spend a year on Crete together, Zorba managing the lignite mine that the narrator is financing as a project to bring him into closer contact with working-class men, whose honest, simple lifestyles the narrator admires but cannot emulate. It is a tale of Zorba's seductions, most memorably of Madame Hortense, the heavily made-up, big-buttocked, ageing courtesan who offers the two men hospitality and a little more, and of the narrator's melancholy "life-and-death struggle" to write an account of his Buddha while waiting for Zorba to return from the mine and make his supper.

Zorba the Greek is rich in the sights, sounds and smells – wild sage, mint and thyme, the orange-blossom scent worn by Madame Hortense, the citrus and almond trees – of life on Crete: the rabbits eaten, the sea that both men plunge into, the wine drunk. The lament of the santuri (the musical instrument Zorba carries with him everywhere and cares for like a child) provides the background accompaniment to their adventures. The novel was aptly described by Time Magazine in its 1953 review as "nearly plotless but never pointless".
Even though it opens in a cafe with fishermen sheltering from a storm, a novel set on a Greek island should be the perfect summer read. Yet although sea, sand and sex abound in the pages, a cloud passes in front of the hot Cretan sun in the final third of the novel. Zorba the Greek opens with the narrator grieving over the departure of his friend, Stavridaki, who has gone away to fight; it ends with the narrator grieving again for Stavridaki, and for the loss of much more. This is a novel of many deaths, from the butterfly forced out of its cocoon too soon to die on the narrator's palm, to the unexpected brutality of the mob execution of the narrator's lover.

Far from being "unputdownable", this is a novel that demands you put it down so that you can go out and enjoy life. It condemns the passivity of the narrator, sitting and smoking while running grains of sand through his fingers, contrasting it with the life-affirming ardour of Zorba, a living embodiment of the belief that books can tell you only so much about humanity. Even as you read it, you can sense Zorba shouting at you: 'Don't spend all of your summer reading! Go out there and live life boss!'
I never got the opportunity to read Zorba on Crete – happy is the woman who, before dying, has the good fortune to sail the Aegean Sea, and unhappy was the woman whose companion pinched her copy as soon as we arrived – but I finally got round to it on holiday in Rome this summer. Perhaps, one day, I'll return to Crete to read it again, while smelling the citrus trees, listening to the waves and watching the swallows and wagtails. If I did I would be making the same mistake as the narrator. Instead I should be accumulating lovers, anecdotes and culinary skills like the great Greek himself, whose self-written obituary proclaims: "I've done heaps and heaps of things in my life, but I still did not do enough."