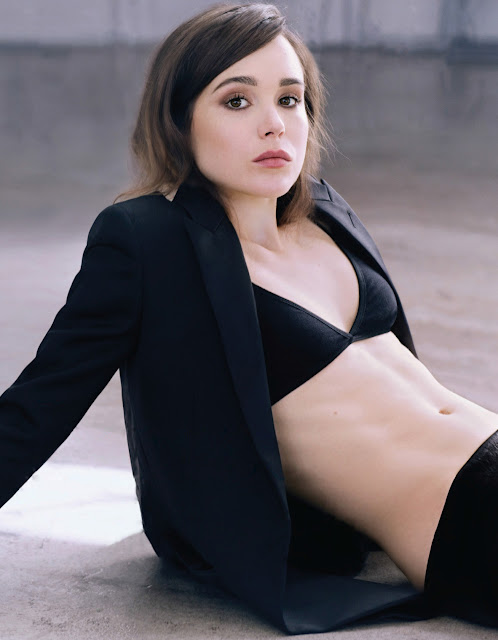 The actor Ellen Page has accused the embattled film-maker Brett Ratner of “homophobic and abusive behavior”, alleging that he outed her as gay and made a sexual remark about her when she was 18 years old.

Page, a high-profile gay actor known for the films Juno and Inception, accused Ratner of encouraging another woman to have sex with her, saying: “You should fuck her to make her realize she’s gay” during the making of X-Men: The Last Stand.
The allegation by Page, who said she was not out of the closet when Ratner made the remark, is the latest in a series of sexual misconduct accusations against the film-maker. The X-Men director was recently accused of harassment, assault and rape and has denied the allegations. He filed a libel suit against a former talent agency employee who wrote on Facebook that Ratner had forced himself on her.
Page, who came out as gay in a 2014 speech and has since become a vocal advocate for LGBT rights, published a lengthy Facebook post about Ratner and sexual misconduct in Hollywood on Friday.
She said Ratner had made the comment about her being gay during a cast and crew “meet and greet” before filming began: “I was a young adult who had not yet come out to myself. I knew I was gay, but did not know, so to speak. I felt violated when this happened … This man, who had cast me in the film, started our months of filming at a work event with this horrific, unchallenged plea. He ‘outed’ me with no regard for my well-being, an act we all recognize as homophobic.”
The actor Anna Paquin, one of the X-Men stars, backed Page’s account on Friday, tweeting, “I was there when that comment was made. I stand with you.”


Page, who started acting at the age of 10, said the alleged comment had a long-term effect on her: “This public, aggressive outing left me with long standing feelings of shame, one of the most destructive results of homophobia … Ratner’s comment replayed in my mind many times over the years as I encountered homophobia and coped with feelings of reluctance and uncertainty about the industry and my future in it.”

Ratner is one of many powerful men in entertainment and media who have been accused of sexual misconduct in the wake of a series of allegations against movie producer Harvey Weinstein.
After the Los Angeles Times first published accusations of sexual misconduct from six actors, including Natasha Henstridge and Olivia Munn, Ratner’s attorney Martin Singer said: “I have represented Mr Ratner for two decades, and no woman has ever made a claim against him for sexual misconduct or sexual harassment ... Furthermore, no woman has ever requested or received any financial settlement from my client.”
Ratner’s attorney did not respond to requests for comment from the Guardian about Page’s allegation.
Ratner is a prolific producer and director of a number of major films in recent years, including The Revenant, Jersey Boys and the Horrible Bosses series.
In Page’s Facebook post, which quickly went viral, the actor also said an unnamed director “fondled” her leg under a table when he took her to dinner at the age of 16, telling her: “You have to make the move, I can’t.” She continued: “I was sexually assaulted by a grip months later. I was asked by a director to sleep with a man in his late twenties and to tell them about it.”
She further said that acting in a Woody Allen movie was “the biggest regret of my career”, writing, “I am ashamed I did this. I had yet to find my voice and was not who I am now and felt pressured, because ‘of course you have to say yes to this Woody Allen film’.”
Page also spoke of her privilege as a white lesbian and called for people to support other survivors of violence who are more marginalized than she was.
“Let’s remember the epidemic of violence against women in our society disproportionately affects low income women, particularly women of color, trans and queer women and indigenous women, who are silenced by their economic circumstances and profound mistrust of a justice system that acquits the guilty in the face of overwhelming evidence and continues to oppress people of color.”
THE GUARDIAN