How we made the original Murder on the Orient Express

How we made the original Murder on the Orient Express

It was difficult to persuade Agatha Christie to sign over the rights. She’d hated the film version of The ABC Murders. But she trusted us. Sidney Lumetwas directing, even though his agent didn’t want him to. She called it “the dumb train movie”. She wanted him to work in Los Angeles, but he didn’t like it there.
The cast were all such huge stars, yet somehow the film cost only $4.5m. Were there any divas? No, they were well behaved, although Lauren Bacallinsisted on having her shoes made in Paris, Albert Finney got paid more because his Hercule Poirot had most of the lines, and Sean Connery got a percentage because he was such a big star. The rest all got paid the same: $100,000 each.
Vanessa Redgrave would spend all her lunchtimes converting the workers, making speeches about politics in the canteen, while the rest of the actors would sit and listen to John Gielgud telling his amazing stories. Eventually, the guys in the canteen asked if we could get Vanessa to go and talk to someone else. 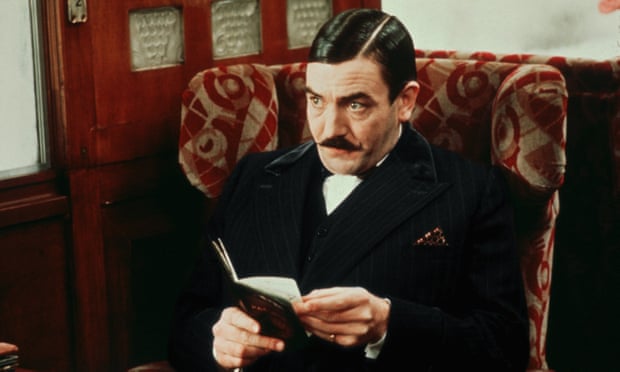 We had terrible trouble filming the scene where the train is blocked by a snowdrift. The problem was that it hadn’t snowed. Everywhere you looked, it was just brown. We were shooting in France, near the Swiss border, so I ordered 10 trucks to come down from the Alps with snow. Sidney was relaxed about it all. “Don’t worry,” he said. “It’s going to be all right.” And that night it snowed heavily and it all worked out beautifully. You need luck in movies. Perfectly good, well-meaning films get nowhere because they don’t have any luck. I don’t think it’s all about skill.


I only met Agatha Christie briefly. She was ancient by then and using a wheelchair. She was very much an observer, watching everything. We showed her the film and she liked it. I know it’s a terrible thing to say, but I don’t think the actors in the new film have the horsepower of the ones we had. Ingrid Bergman – you couldn’t believe she’d be doing that part, such a tiny role. It was extraordinary, really. They all did it for Sidney. They loved him.

I wasn’t a fan of Agatha Christie. And my role as Countess Helena was slight. All the roles were, but I was happy because it was Sidney Lumet. He was so flattering. “There is no such thing as a small part,” he said, “only small actors.” In other words, if you’d been chosen for Murder on the Orient Express, you were a good actor.
It was quite an adjustment for all of us – except for Albert Finney, who had a tremendous amount to say, reams of dialogue. I remember it all being slightly tedious – except for lunchtimes, which were fascinating. Lunch was wonderful.


I was shocked by that hairnet Albert Finney had to wear

I knew Albert already, but he was so disguised I completely forgot it was him. As far as I was concerned, he was just this odd guy with a French accent who was always talking, talking, talking. When I saw Anouk Aimée, Albert’s wife, at a party at the end of filming, I said: “Anouk, what are you doing here?” She looked at me like I was barmy and said: “Well, I am married to Albert.” But I’d never seen him out of makeup.
It can’t have been easy playing Poirot. It was all exposition, but I think Albert pulled it off. I wouldn’t have wanted that part. I remember being shocked by that hairnet he had to wear. It wasn’t very attractive.