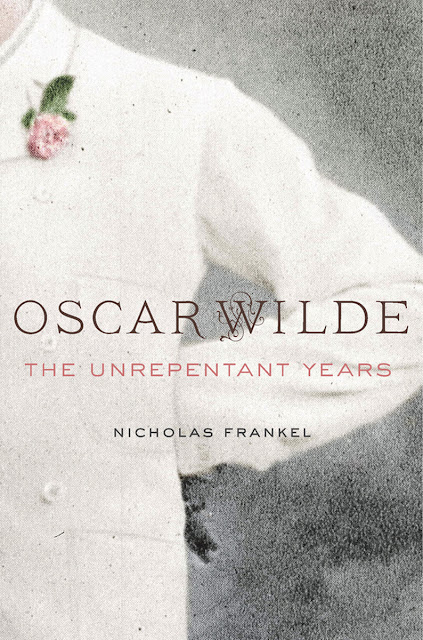 T
hree months before Oscar Wilde was released from prison, in February 1897, his wife Constance obtained a legal separation and a formal end of his responsibility for his two sons. After much rancorous discussion, she agreed to offer him an annual allowance of £150 a year on condition that he did not get in touch with her or the children without her permission. The other condition, as Nicholas Frankel writes in his detailed and finely judged account of Wilde’s life after prison, was “that he not associate in future with any person deemed disreputable in the eyes of his own lawyer”. This was an indirect reference to Lord Alfred Douglas, who had been Wilde’s lover.


It was arranged that Wilde, on release, once he had washed and shaved and changed into a new suit, would take the boat to Dieppe, where his friends Robert Ross and Reggie Turner were waiting for him. Before his departure for Dieppe, Wilde had a note sent to the Jesuits in Farm Street in London asking for a Catholic priest to come so that he might receive spiritual guidance. When the Jesuits refused, Wilde “broke down and sobbed bitterly”. Between then and his death three and a half years later, he would be marked as someone to be avoided. “My existence is a scandal,” Wilde would later write to Ross.

On his arrival in Dieppe, Wilde handed Ross an envelope that contained the manuscript of De Profundis, the 50,000-word letter to Douglas that he had finished the previous March in his prison cell. Aware that Douglas would be likely to destroy it, since some of it was a bitter attack on him, Wilde asked Ross to have copies made before sending the original to Douglas, who, it seems, did indeed destroy the letter when he got it and therefore did not know its full contents.
Wilde stayed for some time in the area around Dieppe, using the name Sebastian Melmoth. In a long letter to the Daily Chronicle, which they printed on 28 May, about the urgent need for prison reform, he wrote with particular indignation and eloquence about the treatment of children in the system. He would write a second letter the following March when a bill about prison reform was going through the House of Commons.
Although Wilde was desperate to see his children, Constance was cautious and kept him at arm’s length. Soon, Wilde, who up to then had insisted that any communication from Douglas would come only through Ross, was writing “beautiful letters” to him. By early June, it was clear that he wanted to see Douglas, even though just a couple of weeks earlier he had told Ross: “I hope never to see him again.”

For anyone following this story, the attacks on Douglas in De Profundis have to be read judiciously. They were written by a man in great pain while in solitary confinement. Thus the portrait of Ross as a saint and Douglas as the devil must be taken merely as evidence of the mood Wilde was in. Once he was released from prison, things were different. By then, Ross had become close to Constance and would represent her interests as much as Wilde’s. He was also working to rehabilitate Wilde’s reputation in England. But more than anything, Ross had come to dislike Douglas and, as a former lover of Wilde’s himself, he was less than happy about the prospect of Wilde and Douglas being together again.
The Marquess of Queensbury, Douglas’s father, had sent detectives to monitor Wilde’s movements and his son’s, with a view to keeping the two men apart. Wilde, by this time, had rented a chalet. Despite his disappointment about not being able to see either his children or Douglas, he was not to be stopped giving a party to celebrate Queen Victoria’s diamond jubilee on 22 June 1897, inviting 12 local boys to a feast and, by drawing attention to his presence, unmasking himself in the village as the infamous Oscar Wilde rather than the mysterious Sebastian Melmoth.
In correspondence with Douglas, Ross made clear that if he were to see Wilde, then Wilde would forfeit his allowance from Constance. Ross suggested that, since Douglas had family money, he could provide the £150 a year instead of Constance: “With your £150 he will have the added pleasure of your perpetual society and your inspiring temper.”

Thus the battle began for Wilde’s soul in the aftermath of his prison sentence, as he began to work on what would be his last piece of writing, The Ballad of Reading Gaol. Although he complained about Douglas to Ross, Wilde finally met him at the end of August in Rouen – causing what his biographer Richard Ellmann would call his “second fall”.
In his autobiography, published in 1929, Douglas wrote: “Poor Oscar cried when I met him at the station and I did the same. We walked about all day, arm in arm, or hand in hand, and were perfectly happy … we had settled that when I went back to Naples about six weeks later he was to join me there.”
To the consternation of their friends and family, the two men arrived in Naples in September 1897 and rented a villa and began to live together. Wilde was finishing The Ballad of Reading Gaol and Douglas, whom Wilde called “Bosie”, writing sonnets. Despite Wilde’s allowance from Constance and Douglas’s from his mother, they seem to have been permanently broke. Scandal followed them. In Capri in late October, they were ejected from their hotel when their English fellow-guests rose in the dining room in disgust at their entrance.
The main objection to them came, however, from Constance and from Douglas’s mother who both threatened to cut off funds unless they separated, Constance being represented in this by Ross. Wilde responded with shock and rage and defiance. But by the end of November, Douglas left Naples, his mother sending £200 to Wilde if he promised never to live with Douglas again.
It is unclear how long their idyll in Naples might have lasted had Wilde and Douglas been encouraged by all parties to remain with each other and become a pair of English homosexuals in Italy. In any case, their separation was a disaster for Wilde, who wrote to Ross the following May that he could not, after his time in prison, bear solitude. In January 1898 he moved to Paris where he lived alone in a number of cheap hotels, and spent a great deal of time in bars, until his death in November 1900. Although Constance died in April 1898, Wilde did not see his two sons again.

The poet Wilfred Scawen Blunt, who had been a friend of Wilde’s, spoke for many when he said that if, on his release from prison, Wilde had “begun a decent life, people would have forgiven him, but he returned to Paris to his dog’s vomit and this is the end”.
People wanted, it seemed, Wilde to do charitable work in the East End of London and settle down as the sort of literary bachelor with which London abounded. But the damage done to Wilde in prison was too great and the very personality that had produced the great work and got itself into such trouble was too mercurial and restless for repentance, not to speak of decency. On his release from prison, he was ready to please no one. But his insistence on living thereafter on his own terms did not make anything easier for him.

In Oscar’s Ghosts, a fascinating account of the feud between Robert Ross and Alfred Douglas and of Wilde’s legacy, Laura Lee writes: “Wilde had experienced one great, poetic tragedy. Bosie’s tragedy was slow and continuous, an unending series of small diminishments.” After Wilde’s death, Ross was aware that Douglas had no idea just how scathing De Profundis was about him. Ross published an edited version in 1905, leaving out the attacks on Douglas. But when Douglas brought a libel action against a biographer of Wilde in 1912, Ross had the full text sent to him. It was later read out in court in his presence.
“I was nearly out of my mind with grief and indignation,” Douglas wrote. “The shock of the revelation of Wilde’s attack on me, after all I had done for him … was the worst experience of my life. It shook me to the very core, and it altered me in one week from a young man, still full of gaiety and joie de vivre to a fierce and embittered man.” He wrote to Ross calling him “a filthy bugger and blackmailer”.
Douglas became known, until his death in 1945, for such invective and for being a crank, thus making it all the easier for readers, once De Profundis was published in full in 1962, to believe what Wilde wrote in his letter to be an accurate reflection of their relationship. These two books make clear, however, that the story is less one-sided than De Profundis suggests.
While the relationship between Wilde and Douglas cannot simply be seen as just a great tragic love story that was thwarted by dark forces, nonetheless the complications that beset it, and the personalities of the two lovers themselves, make it one of the most fascinating gay love stories.
• Oscar Wilde: The Unrepentant Years is published by Harvard.
THE GUARDIAN