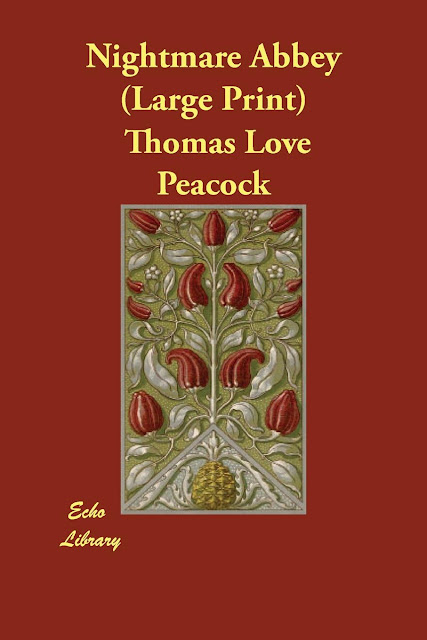 The great pleasure of Nightmare Abbey, which was inspired by Thomas Love Peacock's friendship with Shelley, lies in the delight the author takes in poking fun at the romantic movement
Robert McCrum
Monday 18 November 2013 07.00 GMT


Nightmare Abbey, like Frankenstein (no 8 in this series), appeared in 1818. Strangely, it was also inspired by Shelley, who was friends with Peacock. His satire, however, was lighthearted and whimsical and a kind of in-joke. There's no way of knowing if Peacock had actually read Mary Shelley's novel, but Nightmare Abbey makes a nice counterpoint, and speaks of the importance of a new audience.
The regency was a turning point for English fiction. It was not only that the prince regent was a man of culture who adored the works of Jane Austen, there was also a wholly new market for novels: middle-class readers with money, enthusiasm and taste. 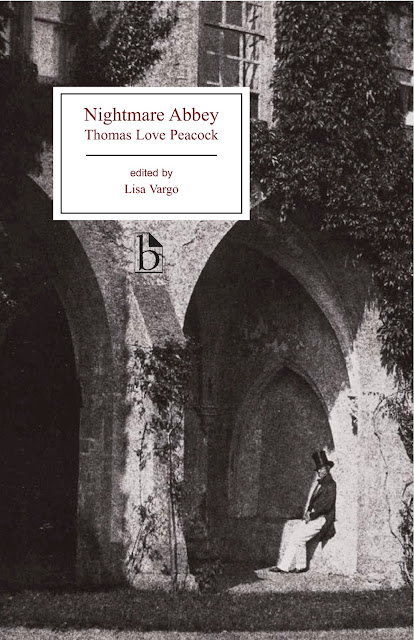 After a long gestation, literary life had arrived. More than 100 years after Daniel Defoe had sat in the stocks and John Bunyan had composed The Pilgrim's Progress in Bedford jail, English novelists were now fully established at the centre of cultural life. Once upon a time, writers had published anonymously or under assumed names, fearing disgrace, or worse. Now they were known, talked about and sometimes even well-paid.
In the beginning, the review process had been patchy and vulnerable to actual violence. Now there were some influential magazines in play; literary criticism was recognisably the occupation we know today. Elsewhere on Grub Street, booksellers such as John Murray were becoming publishers. A rackety trade was acquiring respectability.
Simultaneously, the inhabitants of the literary world, especially in London, were beginning an informal dialogue, through their books, which knitted the community into an ongoing conversation about literature.
It's a process that survives to the present, a process we can follow through this catalogue of 100 novels. Jane Austen, for instance, would satirise Mrs Radcliffe's popular Mysteries of Udolpho in Northanger Abbey. The same engagement of artist and subject explains the career of this half-forgotten minor genius, Thomas Love Peacock.
Peacock was born to a naval family in Weymouth in 1785, inherited a small annuity, began to write poetry and went walking in Scotland like a true romantic, a young man of his time. He was clever and rather idle. To his friends, he must have seemed like a dilettante; all his life he behaved as though there were other things to do besides writing.
In 1812, however, he published a long and difficult poem, The Philosophy of Melancholy. As a result, he met Shelley, fell under the spell of the great poet, became his friend and began to find his own voice as a writer, turning to prose satire. Peacock's claim on posterity derives from the very brief period 1813 to 1818, when he became part of Shelley's haphazard retinue and even accepted a kind of pension in lieu of household duties. In 1814, he published an attack on the Lake poets, Sir Proteus: A Satirical Ballad. His first satirical novel, Headlong Hall, followed a year later.
Peacock is an original and has had few imitators. His fiction – Nightmare Abbey is the best of four country-house satires, including Headlong Hall and Crotchet Castle – occupies a special place in this list and deserves to be remembered as the enjoyable and undemanding beginnings of a strand in the canon that possibly includes the Aldous Huxley of Antic Hay and the Stella Gibbons of Cold Comfort Farm.
It's too soon to know if those titles will make it into my final 100, but there is a real connection. I also think that there's something of Peacock's whimsical inventiveness in Lewis Carroll, but that's only a guess. I have no idea if the stuttering maths don had read any of Peacock's fiction.
Anyway, Peacock is not wholly unprecedented. His influences include Swift, Voltaire and Rabelais (who also influenced Sterne). Nightmare Abbey is amazingly allusive, with references to Shakespeare, Pope, Pliny and Goethe, among many others. Peacock's rather stagey, even theatrical effects find echoes in the later comic fiction of writers such as Jerome K Jerome, HH Munro ("Saki") and the young PG Wodehouse, among others. Wodehouse, indeed, appropriates Peacock's country-house milieu wholesale. 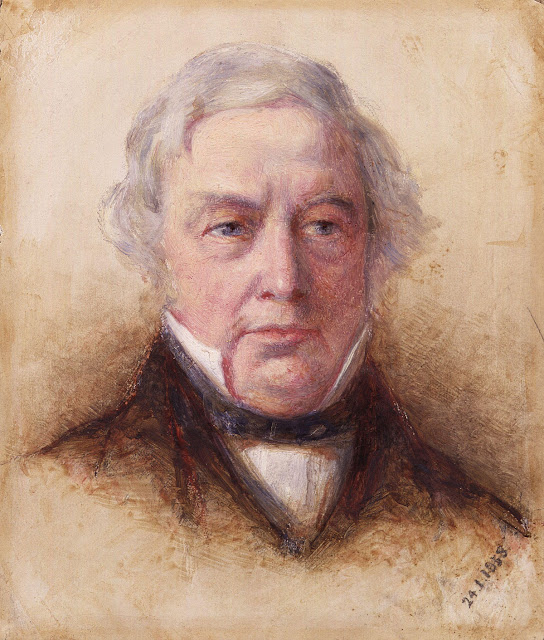 It would be interesting to know how many contemporary writers of light fiction are familiar with Peacock. He certainly deserves to be better known, hence his place here: he's a personal favourite.
The plot of Nightmare Abbey is cardboard-thin, and concerns the romantic ditherings of Scythrop Glowry between two love objects, Marionetta and Stella. This parodies the difficulties of Shelley's relations with Harriet Westbrook and Mary Godwin, but the real pleasure of the novel lies in Peacock's inimitable style, the exaggerated dialogue and the entertaining songs, and the delight he takes in poking fun at the romantic movement. Shelley himself was nothing but generous in his response. "I know not how to praise the lightness, chastity and strength of the language of the whole. It perhaps exceeds all your works in this."
Shelley, who is Scythrop, had been in on the game from the beginning. Peacock wrote to him on 30 May 1818 to say that "I have almost finished Nightmare Abbey" and to complain that "the fourth canto of Childe Harold is really too bad". Peacock cared passionately about the condition of English literature and was, in his mild-mannered way, a fierce champion of high standards. In another letter to Shelley, he says he wants "to let in a little daylight" on the "atrabilious complexion" of contemporary literature, a typical Peacock formulation. His concern, throughout, is for the wellbeing of the English literary tradition. The end of civilisation as we know it is another familiar starting point for lighthearted satire, from Anything Goes to Chrome Yellow.
A Note on the Text:
There was just one text of Nightmare Abbey, published by T Hookham Jr and Baldwin, Craddock & Joy of Paternoster Row in November 1818. With a few light revisions, it was republished in Bentley's Standard Novels, volume LVII in 1837. So Peacock became a set text for the Victorians and was later rediscovered by Edwardian and post-Edwardian critics.
Other Peacock Titles:
Headlong Hall (1816); Melincourt (1817); Crotchet Castle (1831); Gryll Grange (1860-61).

Posted by Ficciones at Wednesday, November 13, 2013