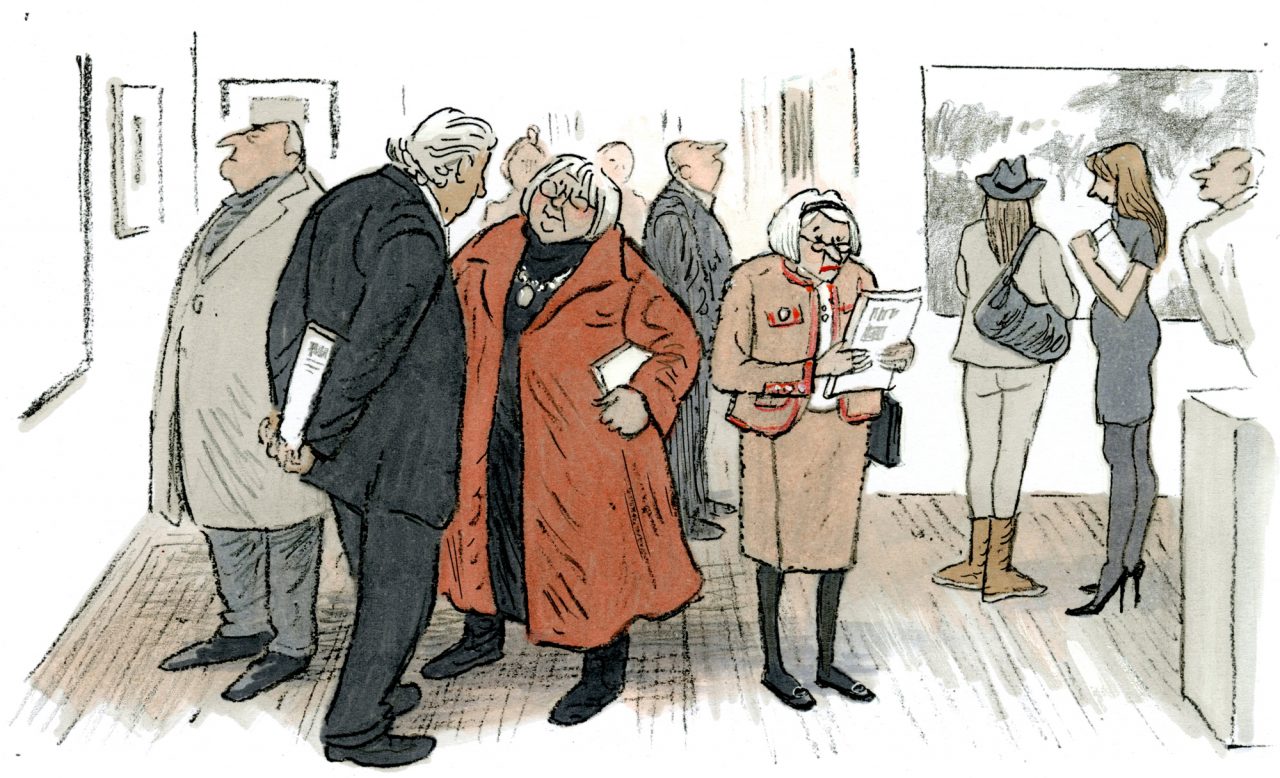 Posy Simmonds’ sharp satire and progressive female characters have defined a career spanning 50 years. The exhibition will feature her early-career pastiches, iconic cartoon strips for The Guardian and children’s books such as Fred, which became an Oscar-nominated film. It will also include the first ever British graphic novel, True Love, unseen pages from Tamara Drewe (filmed in 2010) and drawings from Simmonds’ latest book, Cassandra Darke.


Since the early 1970s, when she began sending up Guardian readers in her long-running comic strip for the paper that became Mrs Weber’s Diary, Simmonds’ everyday heroines have captured the popular imagination.


She started studying graphics at the age of 18 “because I wasn’t going to be a painter” and went to Central Saint Martins. She first sold a drawing at the age of 20, for the book jacket of the novel The Grass Beneath the Wire by John Pollock. The cartoonist Mel Calman came to her degree show and introduced her to the Guardian journalist Jill Tweedie. She became Tweedie’s lodger and eventually started working for the Guardian’s women’s page.


Dedicated to traditional art techniques rather than modern digital methods, Simmonds drew the series Gemma Bovery (2000) and Tamara Drewe (2005–06), both later published as books. Her style gently satirises the English middle classes and in particular those of a literary bent. Both of the published books feature a “doomed heroine”, much in the style of the 18th- and 19th-century gothic romantic novel, to which they often allude, but with an ironic, modernist slant.

Posy Simmonds’ latest work, Cassandra Darke (2018) reimagines Charles Dickens’ Ebenezer Scrooge in 21st Century London.
Adult tickets for the exhibition at the House of Illustration start from £8.80 and allow access to all exhibitions running at the time.