Téa Obreht / Luminous Fables in a Land of Loss

in a Land of Loss

Téa Obreht’s stunning debut novel, “The Tiger’s Wife,” is a hugely ambitious, audaciously written work that provides an indelible picture of life in an unnamed Balkan country still reeling from the fallout of civil war. At the same time it explores the very essence of storytelling and the role it plays in people’s lives, especially when they are “confounded by the extremes” of war and social upheaval and need to somehow “stitch together unconnected events in order to understand” what is happening around them.
Ms. Obreht, who was born in the former Yugoslavia and is, astonishingly, only 25, writes with remarkable authority and eloquence, and she demonstrates an uncommon ability to move seamlessly between the gritty realm of the real and the more primary-colored world of the fable. It’s not so much magical realism in the tradition of Gabriel García Márquez or Günter Grass as it is an extraordinarily limber exploration of allegory and myth making and the ways in which narratives (be they superstitions, cultural beliefs or supernatural legends) reveal — and reflect back — the identities of individuals and communities: their dreams, fears, sympathies and hatreds.
In the frame story a young doctor named Natalia Stefanovic has journeyed, with a friend, to a small town across the border to deliver medicine to an orphanage. She is preoccupied by memories of her beloved grandfather, a well-known physician, who has just died while on a mysterious trip to another village about an hour’s drive away. Natalia’s decision to become a doctor was shaped partly by her love for her grandfather and partly by her complex feelings about the war — by her desire to help casualties, her guilt at having passed the war relatively unscathed in “the City” and a determination shared with friends to “defeat emerging newspaper projections that declared the City’s postwar generation destined for failure.”

Her generation had used the war as an excuse “to get away with anarchy”: when your parents “heard from neighbors that your friends had been spotted doing 120 on the Boulevard with you hanging none too elegantly out the sunroof, they couldn’t argue with there’s a war on, we might all die anyway,” Natalia says. “They felt responsible, and we took advantage of their guilt because we didn’t know any better.”


Now that the war is over, she says, she and her friends feel disoriented: “Years of fighting, and, before that, a lifetime on the cusp of it. Conflict we didn’t necessarily understand — conflict we had raged over, regurgitated opinions on, seized as the reason for why we couldn’t go anywhere, do anything, be anyone — had been at the center of everything. It had forced us to make choices based on circumstances that were now no longer a part of our daily lives.”
Meanwhile, the poisons of civil war have seeped into the most mundane transactions of everyday life. Phrases like “those people” and “your side” pop up in conversation. An accent can get you in trouble in the wrong village or neighborhood. A waiter may be asked to serve a wine from a vineyard owned by someone who could have bayoneted his son. 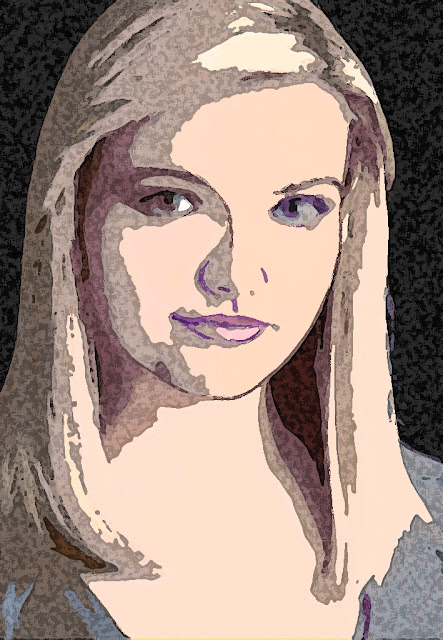 During the war Natalia’s grandfather tried hard to pretend that nothing had changed, continuing with the small daily rituals that had defined his life. But with the fracturing of the country, the new government suspected doctors over 50 of having “loyalist feelings toward the unified state” and suspended them from practicing medicine. Defying the law, Natalia’s grandfather continued to see patients on the sly, but the government’s closing of the city zoo, soon after the war began, destroyed his favorite weekly routine: visiting the tigers, a ritual he used to share with Natalia when she was a child.
Why do the tigers mean so much to Natalia’s grandfather? Why does he always carry a bedraggled copy of Kipling’s “Jungle Book” in his pocket?
“Everything necessary to understand my grandfather lies between two stories,” she says, “the story of the tiger’s wife, and the story of the deathless man. These stories run like secret rivers through all the other stories of his life — of my grandfather’s days in the army; his great love for my grandmother; the years he spent as a surgeon and a tyrant of the University.”
The first story is a fable about how her grandfather became a man, and it takes place during World War II, in the village where he grew up. It is about how a tiger escaped from a zoo, after German bombs fell on the city, and how this tiger came to visit the grandfather’s village. The people who lived there feared the tiger, and they also feared and disdained the deaf-mute wife of the local butcher — an abusive man who regularly beat her and who one day mysteriously disappeared. The villagers believed that the woman had killed her husband, and they also came to believe that she fed and cared for the tiger. They soon took to calling her “the tiger’s wife.”
The second fable is about encounters Natalia’s grandfather said he had over the years with a man named Gavo, who claimed he lived under a curse that prevented him from dying. The vampirelike Gavo appears to be the nephew of Death or the Devil, and he travels in the company of war and epidemics. When Natalia’s grandfather is tending to a town suffering from an outbreak of tuberculosis, he meets Gavo and later sees him again, on the very eve of civil war, when “the deathless man” prophesizes that there is “going to be a lot of suddenness” — meaning a lot of sudden and meaningless death.
As Ms. Obreht parcels out chapters of these two fables, she gives us vivid portraits of Gavo, the tiger’s wife and other fairy-tale-like characters, among them Darisa, a great bear of a hunter who sets off in search of the tiger and whom Natalia’s grandfather, then 9, sees as “a betrayer, a murderer, a killer of tigers, a knife-wielding, snare-setting instrument of death that would be directed at something sacred.”
By peopling “The Tiger’s Wife” with such folkloric characters, alongside more familiar contemporary types — like Natalia’s best friend and fellow doctor, the high-spirited and fearless Zora — Ms. Obreht creates an indelible sense of place, a world, like the Balkans, haunted by its past and struggling to sort out its future, its imagination shaped by stories handed down generation to generation; its people torn between ancient beliefs and the imperatives of what should be a more rational present.
In doing so, Ms. Obreht has not only made a precocious debut, but she has also written a richly textured and searing novel.