IT IS unquestionably unfair to dub any writer a one-book man, especially when he's published well over 20. Nevertheless in the case of George V. Higgins the fact has to be faced. He wrote superbly dialogued, complexly plotted, richly characterised novels - yet all just a slight variation on the same basic riff. And, as the years went by and the books stacked up, the similarities began to stand out, hardly helped by their author's reliance, more and more, on pure dialogue, to the point where narrative - scene descriptions, back-story, the intricate social hinterland against which the novels' events were played out - virtually disappeared. Until, in essence, all that remained was "two guys gabbing at each other" - or even one guy soliloquising for paragraph after paragraph, page after interminable page. 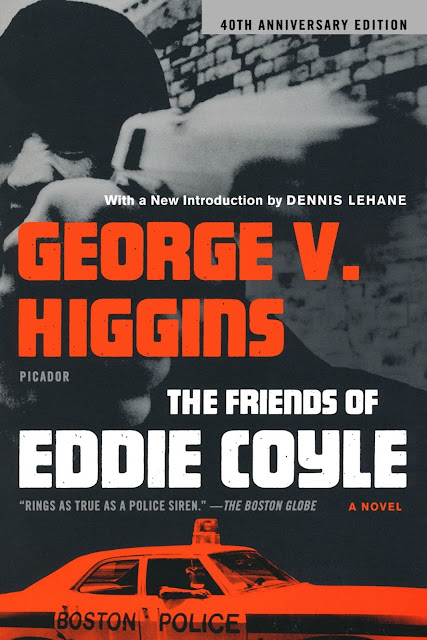 That of course is somewhat of an exaggeration; but it is not a travesty. Higgins, in his later books, was perfectly capable of having a character monopolise conversations, events, the plot, everything. He was not a difficult writer to parody.
His "one book" was - in a sense sadly - his very first, The Friends of Eddie Coyle (1972), a thriller of surpassing brilliance in which Higgins dug deep into the political, social and criminal midden that was Boston, Massachusetts. Coyle is a provider of hardware for a bunch of bank heisters, who, to protect himself against being sent up for a second stretch, talks to the cops. His friends are his fellow hoods - gunmen, bagmen, bank-rollers - who trust him about as much as he trusts them ("not a whole hell of a lot"). All are more or less in thrall to the "wise guys", the syndicate wheels who call the shots, take the profits, order (though never ever mete out: that's for the footsoldiers) the punishments, the death-warrants for stupidity and treachery. 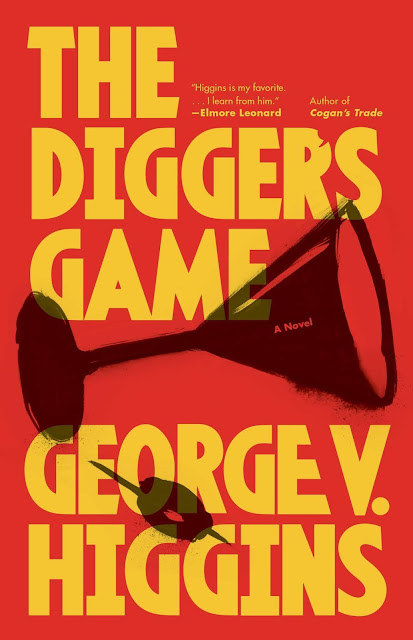 The Friends of Eddie Coyle is compulsively readable, driven as it is by the Higgins trademark of low-life dialogue that is as hard and glittery as a velvet-plush trayful of diamonds - dialogue that almost takes the breath away, it is so rock-solid real. The book garnered extraordinary tributes not only from the usual suspects - "the most powerful and frightening crime novel . . . I have read this year", raved the crime-writer Ross Macdonald - but from literary New York too. Norman Mailer homed straight in on the dialogue and made a telling, and critically very sharp, comparison: "Higgins may be the American writer who is closest to Henry Green" (the British experimentalist whose novels were virtually all colloquy) - before descending into excitable blurbwriter-speak: "What I can't get over is that so good a first novel was written by the fuzz."
Yet perhaps only the fuzz - or at any rate a working US District Attorney who never minded getting his hands dirty on a case, and who for nearly half a decade was a federal prosecutor in the Organised Crime Section and the Criminal Division of the Massachusetts Attorney General's office - could have written a first novel that so perfectly mirrored his own hard experience hewing out a kind of justice at the legal coal-face. 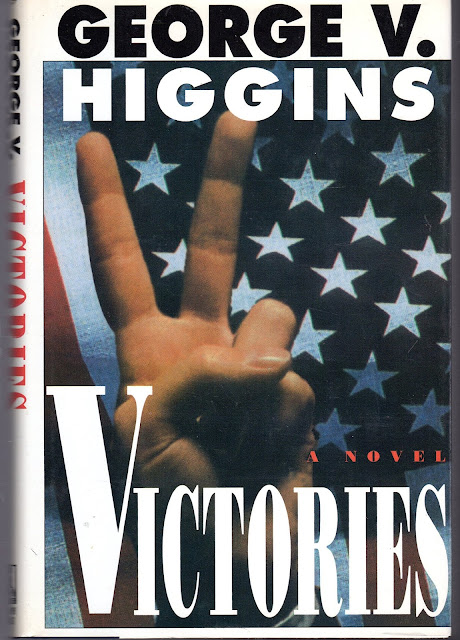 Apart from a useful couple of years in newspapers at the start of his career, George Vincent Higgins lived and had his being in the world of the law. He rarely even strayed from his home state of Massachusetts.
He was born in 1939 in Brockton, Massachusetts, educated at Rockland High and Boston College, then Stanford University in California, where he gained an MA in English. He obtained a law degree from the Boston College Law School, and was admitted to the Massachusetts Bar in 1967. Thereafter be rose steadily through the establishment ranks - Deputy Assistant Attorney General (1967-69) and Assistant Attorney General (1969-70) in the Commonwealth of Massachusetts; Assistant US Attorney for the District of Massachusetts (1970-73); Special Assistant US Attorney (1973-74) - before branching out into the private sector. George V. Higgins Inc lasted from 1973 through to 1978; a partnership, Griffin and Higgins, from 1978 through to 1982. 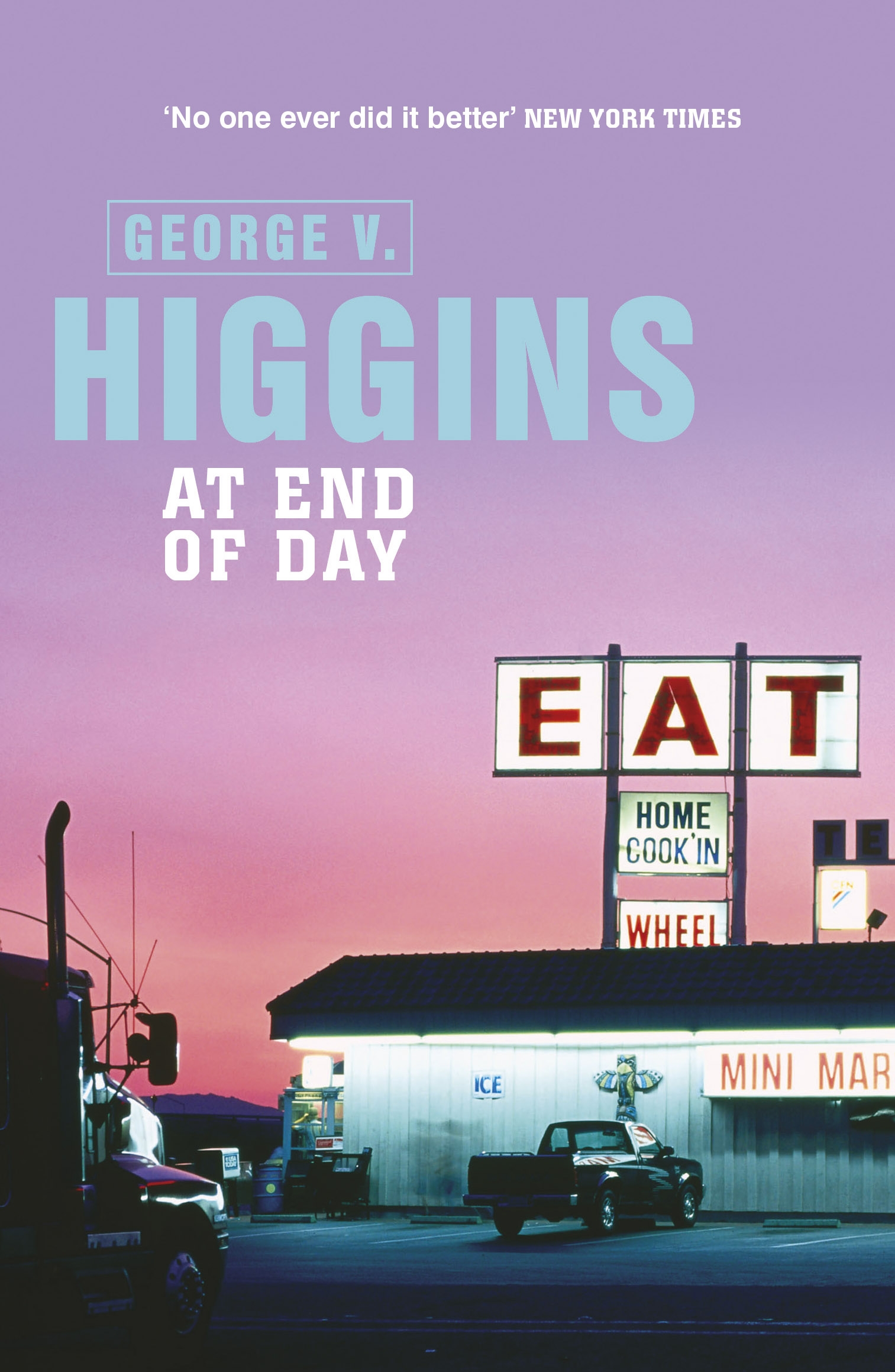 He didn't desperately need the work. His books, even at the end, could still command high initial print-runs (over 30,000 copies in hardback, which most writers would murder for, even in the United States). But in a sense he was addicted to the law, certainly relishing that period during which he was a prosecuting attorney in the Organised Crime Section of the Massachusetts Attorney General's office, and gleefully describing the pursuit of criminals (at a time when the Boston Irish and the Mafia "wise guys" were killing each other in all-out war) as "the last officially sponsored blood sport". His books faithfully depicted the violence, the betrayals, the loquacious invective (after a page or so, in a Higgins novel, as in a David Mamet play, the word "fuck" ceases to have any sensible meaning), the gallows- humour situations of this milieu.
Oddly, despite the rich dialogue, Higgins's books did not effortlessly translate into the cinematic medium. The Friends of Eddie Coyle made an excellent movie, thanks partly to a riveting, and almost poetic, performance by Robert Mitchum as Coyle, but its success was really one for its director Peter Yates. 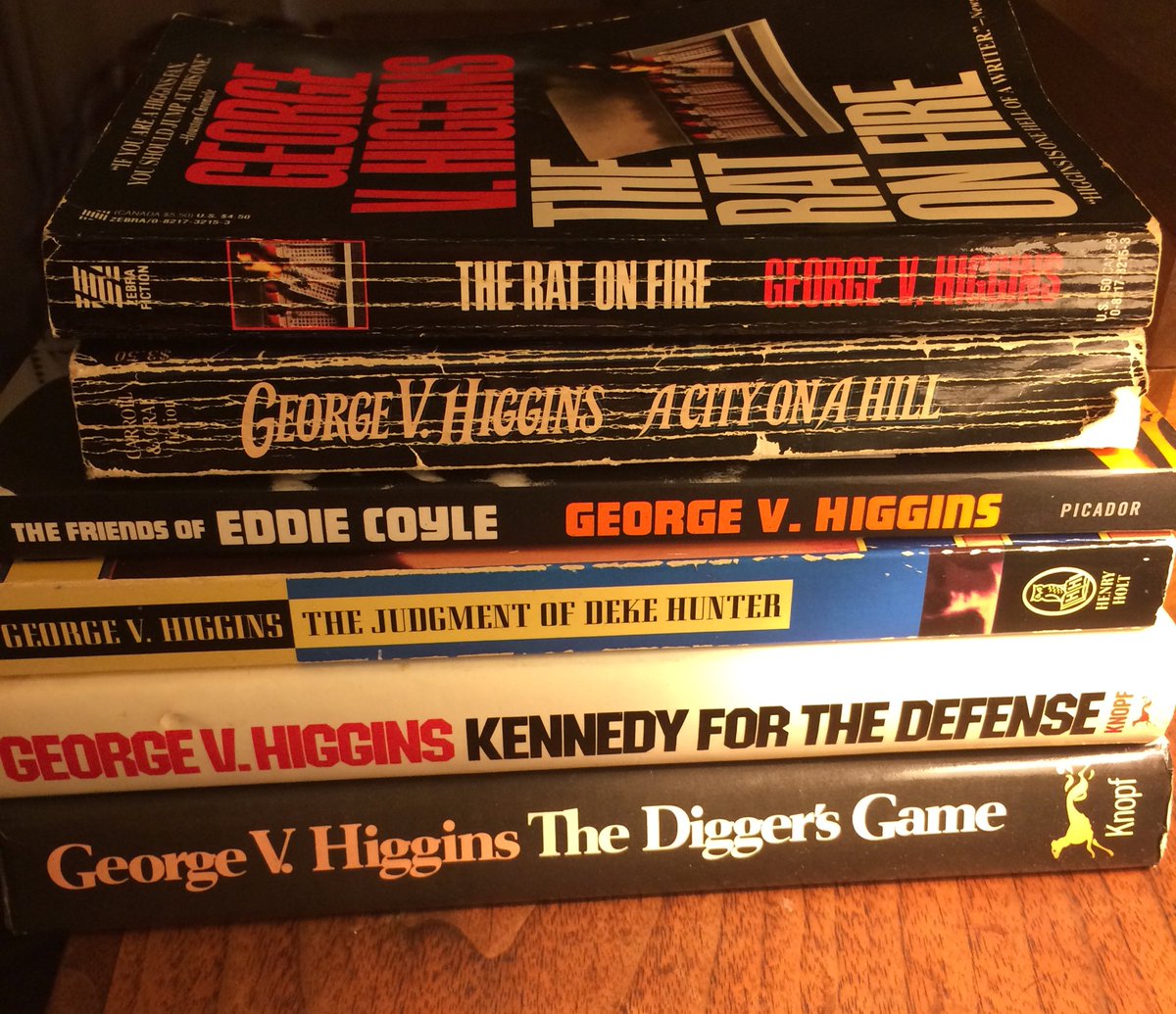 Higgins always acknowledged John O'Hara as a primary influence, especially O'Hara's short stories. Even so there were a good many superior pulp writers of the 1950s and 1960s whose methods and attitudes clearly rubbed off on him. Elmore Leonard, for instance (certainly not the other way round), and particularly Donald Westlake wearing his "Richard Stark" persona. Their fictional worlds, where the bad guys can be the good guys, the cops come from the outermost circle of hell, and betrayal is the norm, Higgins combined with his own reality. And like them Higgins gave his no-account low-lives an inner landscape, a certain sensibility, so that while discussing how to kill someone they could also grumble about girlfriends, the weather, what kind of oil to use in your car, and enthuse about mayonnaise in a cheese sandwich.
Alas for Higgins - and all those busy churners-out of hardboiled paperback originals a generation ago - most critics think Quentin Tarantino dreamed that angle up.
Jack Adrian
George Vincent Higgins, writer and lawyer: born Brockton, Massachusetts 13 November 1939; married 1965 Elizabeth Mulkerin (one son, one daughter; marriage dissolved 1979), 1979 Loretta Cubberley; died Milton, Massachusetts 6 November 1999.
THE INDEPENDENT