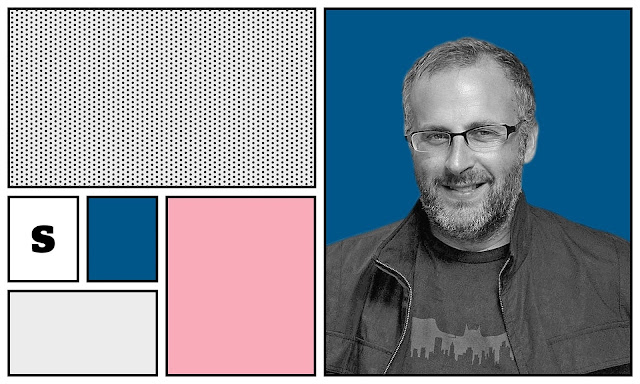 Why we love graphic novels


How did you get into graphic novels?
I read Marvel comics as a kid and began collecting them as a teenager. That started me going on pilgrimages to the central London comic shops, which were my gateway to the alternative comics universe.
What do you love about them?
Their scope. A comic can be anything from the biggest-budget blockbuster to the most intimate, personal story.
Do you have a favourite?
The four artists I’ve followed with the most devotion are Chester Brown, Jaime Hernandez, Daniel Clowes and Joe Matt. Peter Bagge’s Hate was a favourite of mine and Jesse [Armstrong]’s when we started writing sitcoms in the late 90s. The first 12 issues in particular are a perfect sitcom and so much fresher and more contemporary than what was on TV at the time.
Joe Matt’s Peepshow was also an influence, unsurprisingly! I had the opportunity to take Joe out for lunch in Los Angeles recently to thank him for his incredible body of work and to encourage him to produce more comics.
I’m also a big fan of Karrie Fransman – her Death of the Artist is one of the most astonishing graphic novels I’ve read in recent years.
Where do you buy them?
I have a standing order at Gosh! Comics in Soho. I remember reading the first issue of the brilliant Fluffy by Simone Lia cover to cover in Gosh! when it came out a few years ago. I felt bad that I hadn’t paid a penny for the privilege, so I emailed Simone to buy it from her direct. She’s become a friend and I love everything she produces.


I fanboyed out at my first visit to San Diego Comic-Con this summer. I was plus-oned by Mat Johnson, an American writer friend who wrote the wonderful Incognegro. Mat managed to get me an invite to a dinner hosted by comics legend Karen Berger – the guests included Bill Sienkiewicz, Dave Gibbons and Ann Nocenti, authors of some of the best superhero comics ever created. My teenage self was in paradise.
Any rituals around reading them?
I like to say a prayer and drink to world peace.

Sam Bain’s debut play ‘The Retreat’, directed by Kathy Burke, is at the Park Theatre, London N4 until 2 December