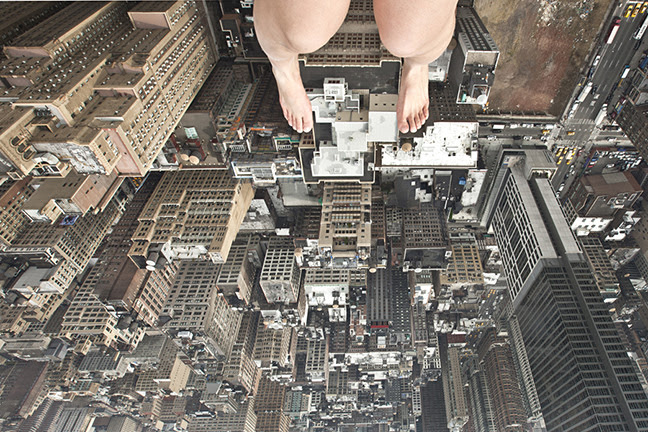 The self-portrait has become de rigueur among female photographers since Cindy Sherman and Francesca Woodman made their now canonical works of the 1970s. Nikki Lee revived the genre in the late 90s with her studies of subcultures as self-portraits, and now the self-portrait has become almost a rite of passage among female photographers, who have been creating increasingly daring and specific versions of the genre. Jun Ahn’s suicidal self-portraits are a particularly unsettling, but captivating, addition to that tradition. They are paradoxical, conveying both the sense of the agency of a goddess or superwoman and the vulnerability and innocence of a wounded girl. For Jun Ahn the elimination of context is the most fascinating aspect of a photographic image. Photography is reality and fantasy, truth and fiction, all at the same time. She wants to discover the invisible moment, the invisible structure and hidden beauty of a world that only can be seen through the lenses of a camera. She says, “The world is where illusion and reality constantly meet and collide.” And photography is just the right technique to capture and show the world because “photos are the best medium to bring an illusion to reality as it is.” Ahn’s photographic works describe our everyday lives as situated on the border between an illusion and reality. That is why her body and view dangerously stand on the edge. She hones the knife of nervousness, of the moment. 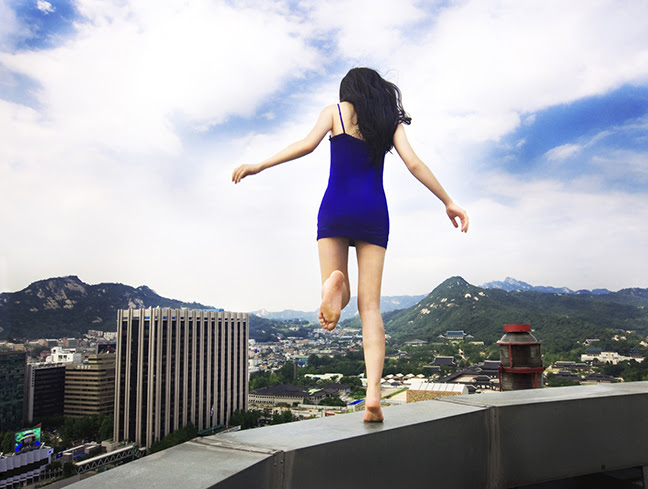 Jun Ahn studied at the University of Southern California from which she graduated with a degree in art history in 2006 and then went on to complete two years of postgraduate study in photography at Pratt Institute. In 2012 she was awarded with the International Photography Award (Honorable Mention, Fine Art: Others category) and the Belt 2012 Award for Photography in Korea. The British Journal of Photography selected her as a “ones to watch” artist in 2013.