The Castle by Franz Kafka / An unfinished novel 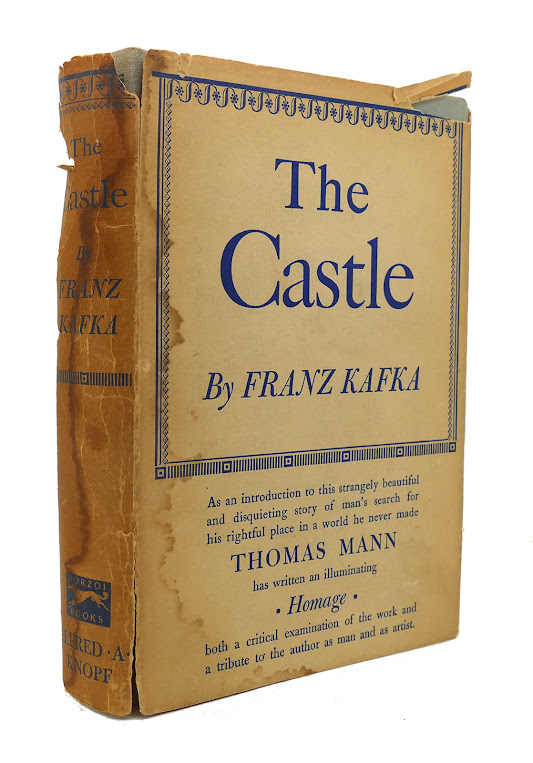 The Castle, allegorical novel by Franz Kafka, published posthumously in German as Das Schloss in 1926.

The setting of the novel is a village dominated by a castle. Time seems to have stopped in this wintry landscape, and nearly all the scenes occur in the dark. K., the otherwise nameless protagonist, arrives at the village claiming to be a land surveyor appointed by the castle authorities. His claim is rejected by the village officials, and the novel recounts K.’s efforts to gain recognition from an elusive authority. Arthur and Jeremiah introduce themselves to K. as his assistants but provide comic relief rather than genuine help. Klamm, a castle superior who is widely respected by the villagers, proves utterly inaccessible. K. aggressively challenges both the petty, arrogant officials and the villagers who accept their authority. All his stratagems fail. He makes love to the barmaid Frieda, a former mistress of Klamm. They plan to marry, but she leaves him when she discovers that he is merely using her

The Castle is an unfinished novel—as Max Brod, Kafka’s literary executor, observed, Kafka intended that K. should die exhausted by his futile efforts to gain access to and acceptance from the elusive, local authorities but that on his deathbed his character was finally to receive a permit to stay in the village—and it stands as testament to the Kafka’s achievements that its unfinished state is in no way detrimental to its effectiveness. It seems somehow proper the story has no ending, that the events recounted seemingly form part of an infinite series of occurrences, of which only a small segment has found its way onto the pages of a novel.