Gugu Mbatha-Raw Has a Lot to Celebrate

Gugu Mbatha-Raw Has a Lot to Celebrate

She’s played a lobbyist, a spy, and a time-traveling computer-simulated bisexual. This month, actress Gugu Mbatha-Raw takes on her most transformative role yet: feather duster.

Gugu Mbatha-Raw has stopped talking. She’s not making eye contact anymore, either.
The actress is drawing me—one of many specialized interests she brings up during our conversation. Like when she refers to her hometown in Oxfordshire, England, as the Shire. “L.A. is like Mordor,” she explains. “You come back to the Shire to replenish.” And then, in case I still thought Mbatha-Raw was worried about impressing me, she adds, “My saxophone has been languishing there. It needs to be back in my life.” It’s like she’s trying to out-nerd the Lord of the Rings references with band stories.

She’s in New York a week before Christmas—a stopover to see friends, have lunch with a director, and check out Othello, the Off-Broadway show no one else can manage to get tickets to. She has a good in: The guy who plays Othello, David Oyelowo, stars opposite her in J. J. Abrams’s new Cloverfield movie, out this fall. Mbatha-Raw is also in one of the few reboots Abrams isn’t responsible for: Beauty and the Beast (March 17), in which she plays a French maid turned singing and dancing feather duster. Portraying a Swiffer is a nice break from the dark (and moving) roles she’s taken recently, including a victim of gun violence in Miss Sloane and a terminally ill bisexual woman who becomes trapped in a computer simulation on Black Mirror. “I love tragedy, but you can’t do it all the time—it’s way too draining,” she says.

But about that sketch: “I find it very relaxing to draw people’s faces.” Even during an interview. “I’m making your eyes look really demonic,” she says, adding a perfunctory “by accident.” In two minutes, she’s turned a blank napkin into a realistic portrait and turned the tables on her interviewer. The nerd’s got talent. 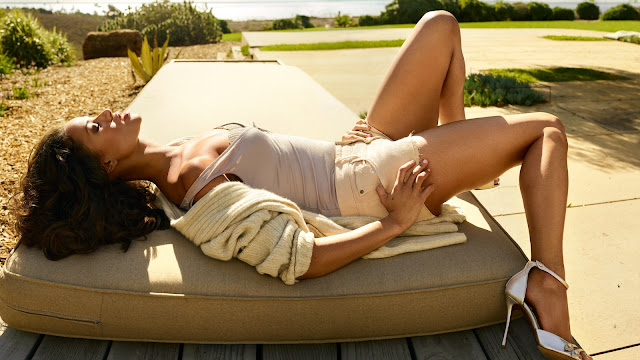 This story originally appeared in the March 2017 issue with the title “Lady Gugu.”