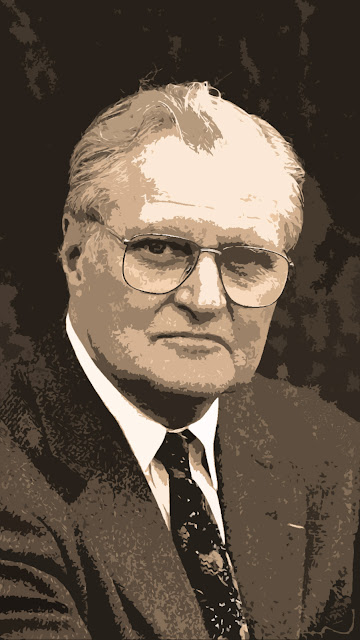 John Ashbery, who has died aged 90, was widely considered the most innovative and influential American poet of his generation. The critic Harold Bloom, who played an important role in establishing Ashbery’s reputation in the mid-1970s, declared: “No one now writing poems in the English language is likelier than Ashbery to survive the severe judgments of time.” Yet Ashbery’s work also frequently aroused controversy; his early volume The Tennis Court Oath (1962) was dismissed by one critic as “garbage”; and even after his 1975 collection Self-Portrait in a Convex Mirror won the Pulitzer prize for poetry, the National Book Critics Circle award and the National Book award, catapulting him to stardom, he was not without doubters and detractors.

Ashbery’s highly distinctive style has been widely imitated, and his elusive but compelling poems explored in numerous critical books, academic articles and PhD theses (of which I wrote one myself). From his very earliest experiments, such as Some Trees and The Painter, both written when he was only 21, to his prolific later years, Ashbery’s work presents a restless, supremely sophisticated imagination meditating self-reflexively on experience, creating in the process a “flow chart”, to borrow the title of his longest work, of the vagaries of memory and the fluctuations of consciousness.
One of his most radical innovations was the fluidity with which he allowed pronouns to operate, a rhetorical habit best illustrated by his friend Kenneth Koch’s parody of a typical Ashbery line: “It wants to go to bed with us.” When asked to comment on this aspect of his work, Ashbery compared his pronouns to “variables in an equation”: “‘You’ can be myself or it can be another person, someone whom I’m addressing, and so can ‘he’ and ‘she’ and for that matter ‘we’.”

The indeterminacy that resulted allowed Ashbery’s poetry to capture the interactions of the many dictions that surround us with a new fullness and complexity; a poem such as Daffy Duck in Hollywood mixes up references to Disney cartoons, Paradise Lost, newspaper comic strips, the symbolist drama of Maeterlinck, new brutalism and Handel’s Amadigi di Gaula, in a dizzying, exhilarating melange.
Ashbery was born in Rochester, New York, son of Chester, a farmer, and his wife, Helen, a biology teacher. A younger brother, Richard, died in childhood of leukaemia. He described his father as prone to outbursts of violent temper, which made life on the fruit farm in upstate New York where he grew up feel like “living on the edge of a live volcano”. The happiest periods of his childhood were those he spent with his maternal grandparents in Rochester, and at their summer cottage in the lakeside town of Pultneyville.
He attended schools in Rochester and Sodus, but at the age of 16 was sent as a boarder to Deerfield academy, a private school in Massachusetts. There he began writing poetry in earnest, inspired principally by WH Auden and Octavio Paz. As an undergraduate at Harvard University, he majored in English, and was on the editorial board of its literary magazine the Advocate. During his time at Harvard he was introduced to Auden, who would select Ashbery’s first collection, Some Trees, for publication in the prestigious Yale Younger Poets series in 1956. He also met the poets Koch and Frank O’Hara; both would become lifelong friends and would be grouped with Ashbery, along with James Schuyler, as original members of what came to be known as the New York School.
Ashbery moved to New York in 1949, studying for an MA at Columbia University (awarded in 1951), and then working in publishing for four years. In 1955 he was awarded a Fulbright fellowship to France; this took him initially to Montpellier, but he soon found himself spending much of his time in Paris, particularly after he met the Paris Match staff writer, and novelist and poet, Pierre Martory, with whom he began living, and to whom The Tennis Court Oath was dedicated.
It was while he was resident in Paris that Ashbery’s poetry took its most radical turn: he began experimenting with cut-up techniques to create disjunctive linguistic collages that defy paraphrase or explication: “The arctic honey blabbed over the report causing darkness,” enigmatically opens Leaving the Atocha Station. Ashbery later questioned the effectiveness of some of these poems, but they would in time prove extremely influential on various poets associated with the movement known as Language Writing.

Ashbery earned his living in Paris by writing art reviews, mainly for the international edition of the New York Herald Tribune. In 1964 his father died, and he returned to the US to look after his mother. He took up the post of executive editor of ArtNews, and settled in New York. His third collection, Rivers and Mountains (1966), was nominated for the National Book award. Over half of this volume’s pages are occupied by The Skaters, the first of his many attempts at an extended Song of Myself-style poem; with its trailing, Whitmanesque lines, its goofy humour and its surrealist turns of phrase (“The day was gloves”), its expansive, self-conscious passages of meditation on its own coming-into-being, The Skaters established the essential template for the Ashberian long poem. It is, to my mind, one of his finest and most moving achievements.
Ashbery’s next five volumes propelled him from well-kept secret to, if not exactly household name, occupant of a pretty elevated pedestal in the pantheon of American poets. The age of Lowell gave way to the age of Ashbery. A reviewer of his fourth collection, The Double Dream of Spring (1970, the title is borrowed from a painting by Giorgio de Chirico), made even greater claims for him, suggesting that “the chances are very good that John Ashbery will come to dominate the last third of the century as Yeats dominated the first”.


Though in 1970 this must have struck many as far-fetched, by the end of the decade that saw the publication of Self-Portrait in a Convex Mirror and Houseboat Days (1977), the “tribe of John”, as his followers were dubbed, seemed everywhere. “Since the death of Robert Lowell,” observed Helen McNeil in a Times Literary Supplement review of As We Know (1979), “the title of most important American poet has been on offer to John Ashbery.”

In 1982, Ashbery suffered an almost fatal spinal infection that necessitated an 11-hour operation. His partner, and later husband, David Kermani, was informed that if Ashbery survived it, he would probably be quadriplegic. In fact, he made an almost complete recovery, and was soon busy again at his typewriter. In all, he published 28 collections of verse, and was the first living poet to have his work collected in the Library of America’s editions of classic American writers.

He was the recipient of numerous honours, awards and prizes, including two Guggenheim fellowships, a MacArthur fellowship, the chancellorship of the Academy of American Poets, the Robert Frost medal, the Feltrinelli prize, the International Griffin poetry prize, and a National Humanities medal, awarded by President Barack Obama in 2012. His work has been translated into dozens of languages. As well as poetry, he published a volume of art criticism (Reported Sightings, 1989), two volumes of literary criticism (Other Traditions, 2000, and Selected Prose, 2004), and numerous translations of French writers, collected in two volumes published in 2014.

From 1979 onwards, Ashbery divided his time between an apartment in Manhattan and an imposing 19th-century mansion in Hudson, New York state, that he purchased partly because it reminded him of the happy times he spent as a child in his grandparents’ house in Rochester. This housed paintings by such as Fairfield Porter and Joe Brainard, and collections of all sorts of Americana snapped up by the magpie-like poet. Gracious, witty, surprising, his conversation ranged from avant-garde composers to advertising jingles. He had an extraordinary memory for dates and events – and quotations, particularly from Ronald Firbank.
In 2014 I gave a reading with him in New York, at the 92nd St Y, and was touched almost to tears by the lines of people queuing to pay their respects to him afterwards. “John, your work has meant so much to me,” was the gist of what they had to say, though one or two went still further: “John, your poetry has changed my life.”
He is survived by David.
• John Lawrence Ashbery, poet, born 28 July 1927; died 3 September 2017
THE GUARDIAN

Posted by Ficciones at Tuesday, September 05, 2017