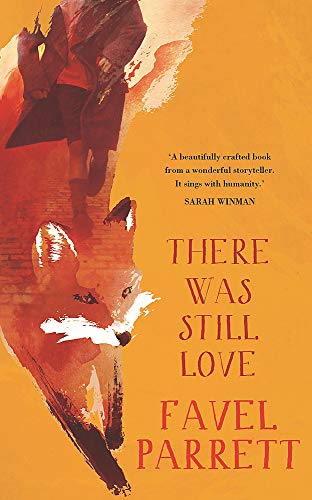 There Was Still Love

The much anticipated There Was Still Love is Favel Parrett’s third novel. It continues her legacy of writing moving fiction in her sparse but sentimental prose with a keen eye for cataloguing the intricacies of domestic life. This resplendent novel grapples with the personal ramifications of political upheavals as it tells a story inspired by the lives of Parrett’s Czechoslovakian grandparents, Mitzi and Bill, and their exile in Melbourne. The story is predominantly told through the perspectives of two grandchildren, Ludek and Liska, which imbues the novel with a child-like sensitivity.

The novel’s conflict lies with Mana and Eva in Prague in 1938, twin sisters tragically parted in their youth by the Nazi invasion of Czechoslovakia. It hops forward in time as it follows Mana and Eva’s continued separation through the Cold War period, into 1980. Here we witness Mana through the perspective of Liska (also referred to as Little Fox), whose parents are mysteriously absent, in Melbourne. Alongside this, we follow Eva through the perspective of Ludek, in Prague, whose mother is part of a travelling theatre group.

In following these stories, Parrett examines how these ruptured lives are reconciling the run-on effects of the Munich agreement in 1938. The story deals with the private challenges of living in exile and explores the struggle of finding home in a new culture and language. What ties this unusual and at times fragmented narrative structure together is a shared sense of the binding power of family.

As is expected, in the wake of her bold success, Parrett’s novel is exquisitely written. It leaves us with a lasting emotive message of the disruptiveness and life-altering course of occupation, invasion and forced immigration. Like her last two novels, it has garnered a wave of critical success. It has won the Indie Book Award and has been shortlisted for the Stella Prize. I would recommend reading this historical novel in close proximity to a box of tissues.