She has captured thousands of faces as perhaps the world’s pre-eminent portrait photographer, but Annie Leibovitz thinks most subjects would rather be at the dentist than in front of a camera. “If they like having their picture taken something is wrong with them!” 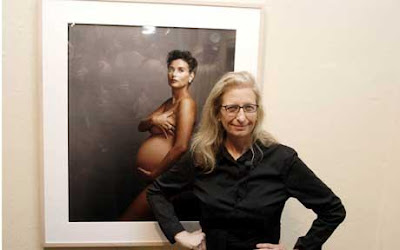 Leibovitz was speaking at the opening of her new London show of portraits of women including Aung San Suu Kyi, Adele, the documentary-maker Laura Poitras, the ballerina Misty Copeland, and the primatologist Jane Goodall.
Goodall was one of her quickest shoots, the photographer revealed. “I only had eight minutes,” said Leibovitz. “She walked in and said, ‘you know, I hate doing this. I like going to the dentist better than this’, and I totally understand.
“I don’t know anybody who likes having their photograph taken. It is normal to not like having your picture taken because you have to deal with yourself and wonder who you are.” 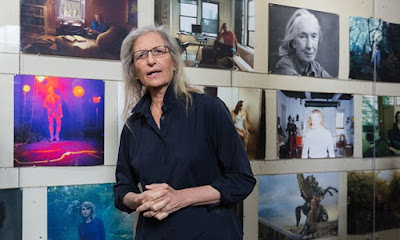 She was, however, pleased by the result. “First she stuck her tongue out at me and then she settled in, and I didn’t realise until I got back to my studio that this is how she looks at a chimpanzee. This is why a chimpanzee is intrigued with her, falls in love with her – that face. I was captivated by that face.”
Leibovitz began her project portraying women in 1999 at the suggestion of her partner Susan Sontag, who died in 2004. When the Swiss bank UBS more recently approached Leibovitz to work on a possible commission, she suggested revisiting it. The result is Women: New Portraits, for which Leibovitz has photographed various women of outstanding achievement.
The one woman Leibovitz has not photographed, to her regret, is the German chancellor, Angela Merkel, who she says is probably the most important woman in the world today.
“I’m on the path, I’m asking her,” she said. “I remember when I photographed Queen Elizabeth; I couldn’t believe I had the opportunity and when we were leaving I asked her press secretary ‘why did she agree now?’. She said ‘oh you wrote a letter five years ago.’ There’s a real lesson in that – perseverance.” 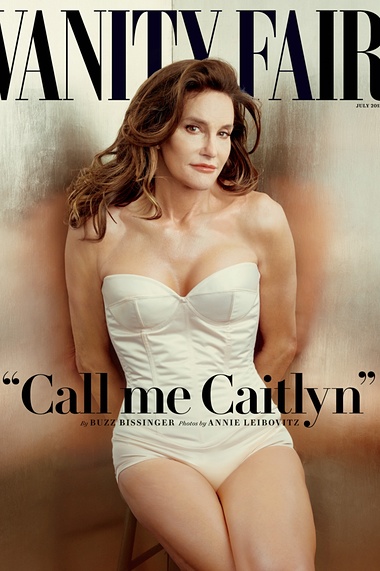 One woman who is in the show is the transgender celebrity Caitlyn Jenner, whom Leibovitz photographed in a white corset, a version of which also featured on a recent cover of Vanity Fair.
Leibovitz said it had been a beautiful experience. “Bruce is still there but Caitlyn emerged. On some level the project wasn’t even the photograph – it was really to help Caitlyn emerge. We wanted to help her, give her the best start.
“She was very quiet the first day and we looked at a lot of imagery of women – remember this is an acquired look. By the second day it was like being dragged behind a truck; she just took over, she knew where she was going. It was like watching someone emerge, it was beautiful.”
Other subjects include Alice Waters, a restaurateur, the Russian model Natalia Vodianova, the singer Taylor Swift, the actor Lupita Nyong’o and the feminist writer Gloria Steinem, who advised on the list. They will be joined in the near future by Malala Yousafzai, Serena and Venus Williams, and the performance artist Marina Abramović.
Steinem agreed that it was an important project: “There have not been representations of women that show them as whole human beings, so this is remedial. Yes, men can be denied their full humanity, but not as much. Each one of these photographs is a novel; it is so amazing, there is a complete human story in every photograph.”

The show, which includes works from the original Leibovitz series and a huge portrait of the Queen, has opened in the atmospheric Wapping Hydraulic Power Station, which was until 2013 an arts space. After London, the exhibition will travel to Tokyo, San Francisco, Singapore, Hong Kong, Mexico City, Istanbul, Frankfurt, New York and Zurich.
A set of the new photographs will then enter the UBS art collection, one of the world’s biggest corporate contemporary art collections, which features more than 30,000 works.
• Women: New Portraits is a free exhibition at Wapping Hydraulic Power Station, east London, 16 January-7 February