The day I met Jake LaMotta, 'greatest middleweight that ever lived', at his favourite restaurant in New York 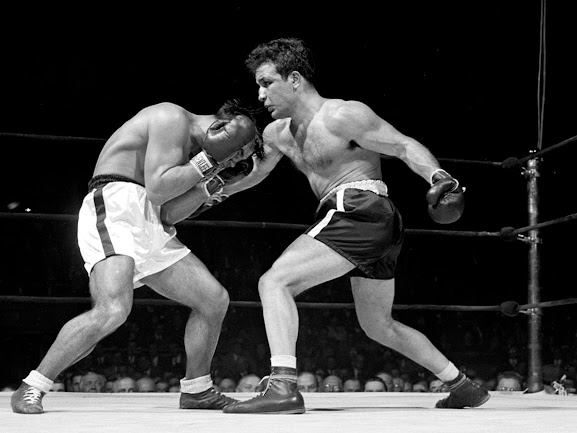 The day I met Jake LaMotta, 'greatest middleweight that ever lived', at his favourite restaurant in New York

I met Jake LaMotta at his favourite restaurant, La Maganette, on the corner of 50th and 3rd in Manhattan, two weeks after the death of Princess Diana in 1997. It was one of those molten hot late summer New York days, but I had a wool suit and tie on. Beforehand I’d read a quote from LaMotta that said, “If you are somebody, you dress like somebody,” so I had decided to wear my only suit. I was drinking ice-cold Coca-Cola, trying to stop myself from sweating, when Jake arrived. “He’s just a baby!” he said to his son Jake Jr, gesturing towards me. I was 25, but looked younger than my age.

He was smoking a cigar and wearing a yellow polo shirt. He was shorter than I had expected – 5ft 8in – and his hand was small and unusually soft. As I shook it I remember thinking, “This is the hand that knocked Sugar Ray Robinson through the ropes.” 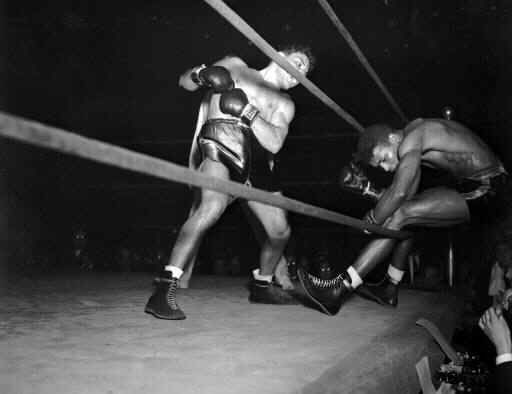 I loved boxing. I had boxed a bit when I was a kid and I’d written a few minor pieces for the Boxing News. I was desperate to get a writing career started and had decided to try to blag an interview with LaMotta. Boxing News gave me LaMotta’s home number and, miraculously, Esquire magazine commissioned the article and agreed to pay the $500 “tip” which Jake had requested for the interview. “Time costs,” he said.

Jake had just got back from Paris where he was making a film with Eric Cantona. He said he thought Eric had fancied his girlfriend, who was 30 years younger than Jake. He told me he was deaf in one ear so I had to shout. We talked about his six fights against Sugar Ray Robinson; how he had lost 400lb in weight throughout his career; Raging Bull, and how boxing had gone downhill.

Jake Jr asked if I’d ever been to PJ Clarke’s: “It’s where they shot The Lost Weekend with Ray Milland,” he said.

We decided to leave the restaurant and walked along 3rd Avenue. Jake walked in front. He was incredibly swift for a 75-year-old and I noticed how his upright swagger was exactly as Robert De Niro had depicted it in Raging Bull. Jake Jr told me his father would sometimes drink with Frank Sinatra at PJ Clarke’s in the 50s. As we reached the bar, a construction worker in the street outside recognised Jake. He cut off his drill as we approached and shouted: “Hey, it’s Jake LaMotta! The greatest middleweight that ever lived!”