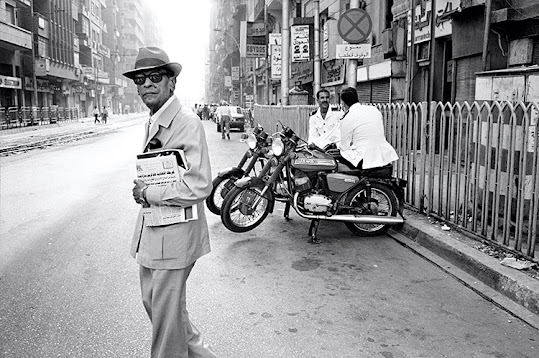 The 1988 Nobel prize-winner put modern Arabic literature on the map, says Robert McCrum
Robert McCrum
Sunday 3 September 2006
IN THIS SEASON of literary prizes, it is good to reflect that without the Nobel Prize, the great Egyptian writer Naguib Mahfouz (1911-2006) might have remained unknown outside the Arab world. Even in his native city of Cairo, he was always cult reading. Named after the physician who delivered him on

After winning the Nobel in 1988, he was taken up by Jackie Onassis in her capacity as a Doubleday editor and his novels were marketed throughout the English-speaking world. Mahfouz did not allow international recognition to change his way of life, but his new celebrity exposed him to precisely the kind of attention that, as a dedicated writer, living quietly in the same Cairo neighbourhood, he had always dreaded.

In 1989, after Ayatollah Khomeini's fatwa against Salman Rushdie, a blind Egyptian theologian named Omar Abdul Rahman charged that if Mahfouz had been punished for writing Children of Gebelawi, Rushdie would never have risked publishing The Satanic Verses. As a result, in 1994, some Islamic extremists attempted to assassinate the ageing novelist by stabbing him outside his home. Mahfouz survived, but lived ever afterwards with bodyguards, walking each day, an increasingly frail old man, to the Ali Baba cafe for breakfast. His most important work, The Cairo Trilogy (Palace Walk, Palace of Desire and Sugar Street), a bestseller in the Arab world, will be read on BBC radio in October.

His massive bibliography includes more than 30 novels. Mahfouz, who died on Wednesday, had been in intensive care for more than two weeks following a fall at his home. Nadine Gordimer described him as 'one of the greatest creative talents in the realm of the novel in the world'.