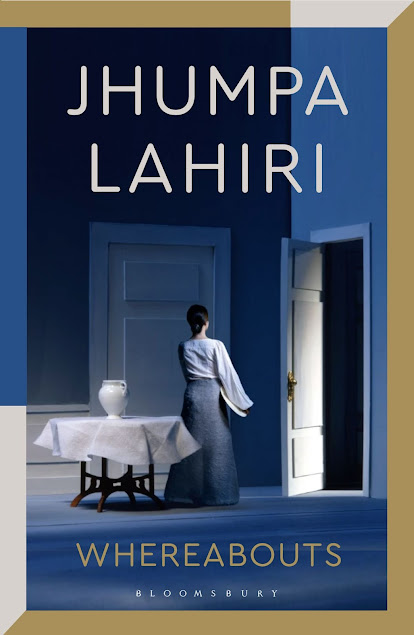 hen Jhumpa Lahiri published her previous novel, 2013’s The Lowland, a wide-angled family saga centred on the Naxalite uprising in 60s Bengal, she was known chiefly as a writer of cross-cultural dislocation. With The Namesake (2003), a novel about a Bengali-American child who rejects his origins, and two story collections, including her Pulitzer-winning debut, 1999’s Interpreter of Maladies, she anticipated a US vogue for fiction that viewed American culture through the eyes of another. Yet Lahiri, born in London and raised in Rhode Island by parents from Kolkata, was sceptical of that brand: asked in an interview about “immigrant novels”, she observed that, in literature, “the tension between alienation and assimilation has always been a basic theme”.
Partly to escape these constraints, she taught herself Italian in her 40s, moving her family to Rome in pursuit of total immersion, an experience recounted in her 2016 memoir, In Other Words, written in Italian and rendered in parallel-text English by Elena Ferrante’s translator, Ann Goldstein. The following year, she published a translation of Domenico Starnone’s novel Ties; in 2018 came her own Italian novel, Dove mi trovo (Where I Am, or Where I Find Myself), which Lahiri has now translated herself under the less ambiguous title, Whereabouts.
Told by an unnamed teacher in an unnamed city in northern Italy, it’s made up of 46 vignettes, rarely more than two or three pages long, many not obviously about very much. The narrator swims and gets her nails done; there’s a lot of eavesdropping and people-watching. She shares a glance with another delegate in a hotel lift en route to a conference. She goes to the beach, where “there’s always some savage element... an element we crave and cower from at the same time”.

The novel’s hypnotically surgical gleam can verge on bleached sterility

Part of the book’s peculiar magnetism lies in its clash of candour and coyness. When the narrator mentions “one of my lovers” or accepts a friend’s invitation to house-sit in the country “given that I’m going through a hard patch right now”, the remarks land like plot twists. Problems arise out of nowhere, whether she’s trying to mend a broken plate and getting Super Glue all over her hands or picking up a lover’s accidental pocket call that will expose a lie about how he spent his day. A flirtation with a friend’s husband – a father of two with whom the narrator goes on holiday, not to mention underwear shopping – loses its charm when he asks her to feed his dog during a family crisis.
The spare style, you would guess, is partly an effect of Lahiri’s consciously restricted vocabulary, the comma-spliced sentences a hangover from Italianate syntax. The tone can be high as well as cool. “There’s no escape from the shadows that mount, inexorably, in this darkening season”, we’re told, when the clocks go back. Spring is no cheerier, a time “of loss, of betrayal, of disappointment”. Buying a theatre ticket is an existential gamble: “But how will I be feeling at 8.30 at night on May 16 next year? There’s no way of knowing.”
It’s hinted that such thoughts are a legacy of the circumstances of the sudden death of the narrator’s father when she was 15. Even so, you can’t help but feel that the doomy solitude also relates to the larger energies driving this project. We surmise that the narrator is an only child who doesn’t get on with her mother, has never left the city in which she lives and has never formed any significant attachment in it; when she finally leaves for a country “across the border” where she can’t speak the language, the question of whether she means French, Slovenian or Swiss German plainly matters less than its wider symbolism as a doubly dislocated escape.
One influence here is Rachel Cusk’s Outline trilogy, narrated by a near-invisible writer who functions as an icily satirical sounding board for her various interlocutors. That vanishing act was Cusk’s complicated riposte to the reception of her self-exposing memoirs of motherhood and divorce; Lahiri’s decision to adopt the point of view of a northern European flâneuse likewise seems to chafe against assumptions about what she should write.
There’s also the imprint of Ferrante – readers of My Brilliant Friend won’t mistake the echo of Lila in the desire of Lahiri’s narrator “to remove every trace of myself”. In 2014, Lahiri said she was inspired by Ferrante’s pseudonymity as a “decision to communicate... solely on the basis of her writing”, a liberty that perhaps holds special appeal if you are a writer continually read through the prism of your heritage.
Still, when the narrator of Whereabouts uninterestedly mentions “protests in the centre... the helicopters have been circling the city all morning”, with nothing further said, it’s a mark of how the novel’s hypnotically surgical gleam can verge on bleached sterility. There has always been a sense that Lahiri’s self-reinvention requires Italy to be a blank canvas, and whatever its strategic usefulness, her version of it doesn’t seem a place any fiction writer can profitably stay long. Watching her plot a return journey ought to be interesting.
Posted by Ficciones at Thursday, May 13, 2021