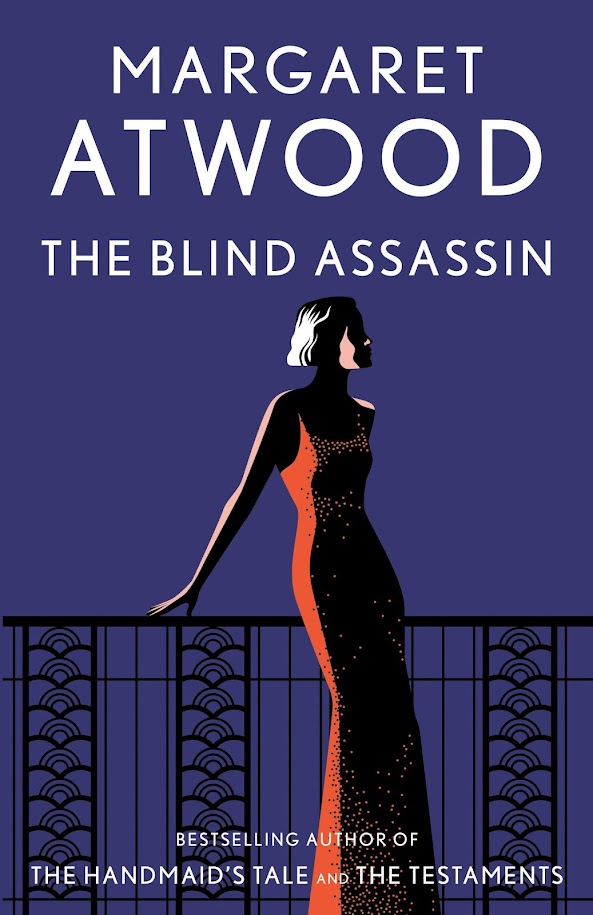 "Ilook back over what I've written and I know it's wrong, not because of what I've set down, but because of what I've omitted," writes Iris, Margaret Atwood's narrator in The Blind Assassin . She does often fail to tell us things. The novel is intriguing exactly for the omissions that keep its events obscure - the artfulness with which it keeps missing things out. We have, for instance, known since early in the novel that Iris has a daughter, Aimee, born in 1937. As an old woman, she remembers withholding news of the impending birth from her husband. "I waited until the end of October to tell Richard that I was pregnant." She waits even longer in the book to let us know that the child is not his.
Recalling how Richard and her ghastly sister-in-law clucked over her new-born daughter (". . . we were expecting a blond. She's awfully dark"), she remembers the absence of her sister Laura. "She would have known, of course. She would have known right away." Known what? The narrative has such little comments scattered through it, signals of unstated truths. Feeling stared at in her local town, the aged narrator asks, "Am I still that notorious?" What scandal was she once part of? We are not yet to be told. She recalls watching a fireworks display 65 years earlier with Laura and a young man called Alex, whom they had just met. "Was that the beginning, that evening - on the dock at Avilion, with the fireworks dazzling the sky? It's hard to know." The beginning of what?
We could resent a narrative that consistently omits explanations. This might be but the manufacture of curiosity. Yet Iris's omissions are suitable rather than merely manipulative. The largest of the omissions is her long, passionate affair with Alex. Only near the end of the novel does she cruelly tell her sister the truth. The revelation is for the reader too. It provokes Laura, who has her heart set on Alex, to suicide. Some facts are better not spoken of. Iris's affair is kept apart from her story, describable only in the interleaved "novel" that she has written about an unnamed man and woman. It cannot be represented directly, even to us.


Such guardedness is not unprecedented. Perhaps the most extraordinary example of a narrator omitting fully to inform the reader is Lucy Snowe in Charlotte Brontë's Villette . When, dangerously ill, Lucy is cared for by an English doctor in Brussels, she neglects to let us know that she has recognised him as a childhood companion. At the novel's end, she declines to tell the reader whether her lover has returned safely from a voyage to the West Indies. Such flouting of narratorial privilege is both outrageous and fitting, for this narrator is as secretive and suspicious as Brontë's Jane Eyre was fearlessly plain-speaking.
Iris's narrative has begun with a terrible event in need of explanation. "Ten days after the war ended, my sister Laura drove a car off a bridge." What had Laura been thinking of? "Of Alex, of Richard, of bad faith, of our father and his wreckage; of God, perhaps, and her fatal, triangular bargain." To the first-time reader, none of this will make sense. "She had her reasons," which the novel will only belatedly unearth.
When Iris discovers that Laura too had a secret, she sees that: "It had been there all along, right before my very eyes." Here is another reason why the narrator's omissions seem appropriate. Near the novel's end, Iris remembers her last conversation with Laura, when the latter told her she was to travel to Nova Scotia. But why? "There was a reason behind it, there always was with Laura; it was a reason I shied away from hearing." She does not ask. Laura, we later realise, expects to meet Alex off a returning troopship. Iris does not want to know of Laura's hopeless passion. Laura's "reason" echoes her "reasons" in the novel's opening. It suggests, as omissions in this novel often do, that the truth might be what the narrator shies away from.
THE GUARDIAN