The Guardian view on artist Tacita Dean: epic, intimate and in touch with history 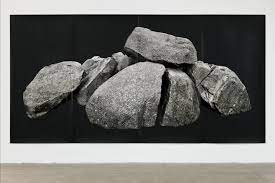 The Guardian view on artist Tacita Dean: epic, intimate and in touch with history

Contemporary art is often seen as having brutally abandoned tradition. But the best work of the present is in conversation with that of the past

his is the artist Tacita Dean’s year: she is the focus of four major British exhibitions. Two have just opened: Portrait, at London’s National Portrait Gallery, which focuses on her films of human subjects, including choreographer Merce Cunningham, and the artists David Hockney and Cy Twombly; and Still Life at the National Gallery next door, a delicate, two-room exhibition for which she has assembled works of art from the present alongside paintings from the past. In May comes a retrospective at London’s Royal Academy of Arts. In July, an exhibition at the Fruitmarket Gallery in Edinburgh looking at performance in her work.

Dean’s art has been regularly shown in the UK over the years – she occupied Tate Modern’s Turbine Hall in 2011, and that same year had a glorious little exhibition at the Common Guild in Glasgow, among many others. But it has never before seen on this scale in her home country – with which she has a complicated relationship. Long ago the Canterbury-born artist found Berlin, and more recently Los Angeles, more conducive places to live and work than the UK, a fact that reflects ill on the continuing British cultural suspicion of contemporary art. She once said of Berlin: “There’s a quality of seriousness about being an artist here that is so un-British. If you say you are an artist here, that’s a valid thing. In the UK it’s laughable – you are a freak.” She describes herself, firmly, as “a British European artist”.Her art is elegiac and reserved and thoughtful – but also bold and epic and elemental. You can look at a work of hers like Prisoner Pair, an 11-minute silent film of bottled pears suspended in schnapps, and admire it for the simple beauty of the mottled surface of the fruit as the sunlight dances from it. But it is also about decay, and nostalgia; and it is also about contested borders, for one fruit is from Alsace and the other from Lorraine. All of Dean’s works share this surface appeal combined with a deep backstory. There’s always more to say, more to know about her work. Prisoner Pair is part of a long history of memento mori, of still lifes that remind us of the death immanent in things.

It is in the National Gallery exhibition that Dean’s deep immersion in history, and her lively relationship with the past, becomes especially apparent. Observing what she has selected for the walls of the gallery, and noticing the sly juxtapositions she has created, is like looking with Dean’s eyes. There is a delight in finding a relationship between, for example, Zurburán’s cup of water and a rose, and Wolfgang Tillmans’s photograph of plastic cartons drying on a windowsill. Or between an Italian head of John the Baptist on a platter, Thomas Demand’s elastic band on a plate, and Philip Guston’s painting of a hat apparently sitting on a wall. Dean shows, in fact, that the best contemporary art is not some strange aberration from the trajectory of history, but a thoughtful continuation of it; that new things are not just created, but also excavated.