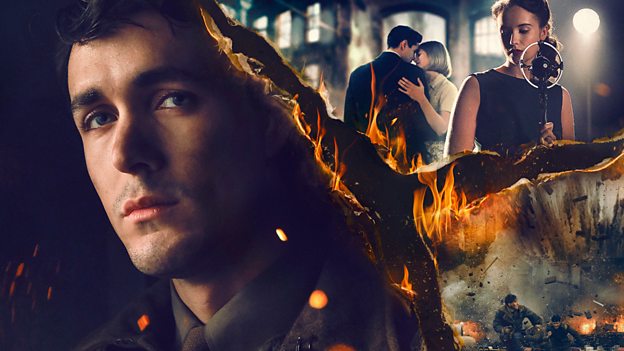 
We meet Kasia in episode one, just before the war starts, and she’s at this perfect moment in her life. She has a loving family, a loving boyfriend, Harry, who she’s madly in love with. She’s just young, independent and happy. Then the war starts and everything falls apart. During auditions I only had a few scenes to read and Adam said something about her journey and that she’s going to have to change and that intrigued me. I wanted to know more.


How did you want to portray Kasia?


My idea at the beginning was to show Kasia as this very independent, happy, strong young woman. She is still a girl at the beginning but then she has to very quickly grow up and be strong. Even from the beginning I felt that she was strong but she just didn’t know it. You see her in love, but as the story develops we see her grow in resilience and strength and face all sorts of horrors.


Why are Kasia and Harry drawn to each other?


During rehearsals we had some time to really talk about the relationship with our director Adam Smith, and Jonah, who plays Harry. We talked about how Kasia and Harry met and why they fell in love.


It’s been so great because in the episode, you only see small snapshots but then you have to think about all the things that are left unsaid. How do they spend their time and where do they go on their dates? We had these ideas for how they met - because the café that Kasia works in is on the way to the embassy where Harry works, so he probably stopped in for a coffee. Then perhaps they had the same sense of humour and they started joking and maybe he started learning some Polish. Jonah is just amazing and he gives so much of himself to his part, which is so important.
What was it like shooting the dancing scenes with Jonah?


Scenes like that are easy for me, because it’s about having fun and working on the chemistry with your partner on set. I loved the dancing so much. We went for a lesson the day before and learned swing and blues. Days like that on set are just fun, when you know you have scenes which are sad and difficult coming up, you want to enjoy these as much as you can.

I wanted to create a world for Kasia. I read a lot about Warsaw at that time before war and how vivid the city was. I wanted to know the places where she could have taken Harry on a date, what music she would have listened to, and I listened to it a lot myself.


What was it about the costume and production design that helped you get into character?
I loved my costumes so much. The costume should be your second skin and the moment you get the costumes on you inhabit your character. You have to feel comfortable. Then when I stepped on set and saw a whole square they had built, with so many different buildings, cafes, it was so amazing and immediately gave me the vibe I needed. The art department did such an incredible job and it really helped us out when it came to finding our characters.
How does this series mix the light and dark?


There is a huge explosion just before Harry proposes to Kasia and it’s full of humour. It’s the humour, you know, that’s makes the show amazing. It’s very important to find a sense of humour, especially when the film or the series is sad and dark. We were trying to find humour in the scenes where you maybe wouldn’t see the place for humour.


What do you think it is about this story that will resonate with the audience?


I love the work of our DP Susie Lavelle. She shot this with a lot of close-ups because it is so important to be close to the characters. We want to feel their emotions and Susie has been magical at that. It helps people relate to their characters and you feel you are with them in every moment.


Tell us about the part of the story where Warsaw gets bombed.


When filming such scenes it is of course just a set, and the bombs aren’t real, but it stills gives you a certain feeling. For Kasia it’s an important part of her journey and she witnesses the bombing of Warsaw. She runs through the barricades and there is fire everywhere. It’s at that point of the story that her world falls apart and she has a real struggle to take control of it again. It hardens Kasia. I like to think of her as a fighter.


How was it filming those emotional scenes with Jonah and Eryk?


That was a very emotional scene to shoot when Kasia says goodbye to Harry. He doesn’t know that she is going to send her little brother on the train to England instead of her. It was a really emotional day. She has to try to save her little brother and she knows that this is more important than her happiness with Harry. She stays in Warsaw to fight and to stay with her mother. I guess that tells you a lot about her strength of character.


Did you do any other research for the role or was it all in the script for you?


When I got the part, I did some research. I wanted to create a world for Kasia including things she liked, the books she would read and what she might be interested in and why. She’s independent, earning her own money and I was so inspired by things that I found in my research. I read a lot about Warsaw at that time before war and how vivid the city was. I wanted to know the places where she could have taken Harry on a date. What music she would have listened to, and I listened to it a lot myself. That was really important for me to get the essence of her character.


How would you sum up the show?


World On Fire tells extraordinary stories of ordinary people. It is universal. It’s about love, about freedom, about wanting to be free when you can’t. It’s about young people who are full of life yet they’re in this difficult time and very dark place. It’s a very emotional story. 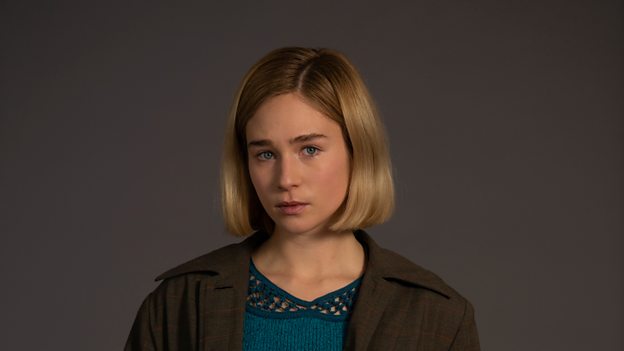 Played by Zofia Wichłacz
Kasia starts the war as a waitress in one of Warsaw’s many bars and cafés, already in a passionate love affair with the young English translator Harry Chase, unaware that he already has a girl at home.
Her father Stefan and brother Grzegorz depart for Danzig to defend against the imminent German invasion, leaving Kasia with mother Maria and younger brother Jan at home in the city. Within days of the war beginning, Kasia’s family has each faced the cruel reality of this brutal conflict, and Kasia is faced with terrible choices between protecting her family and her own safety and freedom.
Kasia joins the Polish resistance and her war becomes one of subterfuge, excruciating danger and constant fear of betrayal.