Queen of noir / The mysteries of Dorothy B. Hughes


Queen of noir: The mysteries of Dorothy B. Hughes

Fiesta. The time of celebration, of release from gloom, from the specter of evil. But under celebration was evil; the feast was rooted in blood, in the Spanish conquering of the Indian. It was a memory of death and destruction. ... A memory of peace, but before peace, death and destruction. Indian, Spaniard, Gringo; the outsider, the paler face. One in Fiesta.”
— Dorothy B. Hughes, Ride the Pink Horse
Mystery writer and Santa Fe resident Dorothy B. Hughes, whose 1946 novel Ride the Pink Horse is among a handful of books she set here, seems to have harbored complicated feelings about the city. Ride the Pink Horse, which is rife with details about Santa Fe’s complex history, centers on a Chicago hoodlum named Sailor who tracks a vacationing Illinois senator to the Plaza during Fiesta. Sailor initially sneers at the small town (which he repeatedly calls a “dump”), its diverse citizenry, and especially its strange rituals — the burning of Zozobra, Fiesta’s garish carnival ambience — even as he enlists the guidance of a Hispano-Indian carousel operator and an enigmatic San Ildefonso Pueblo teenager. Through the course of the novel, as the capital city’s traditions make an impression on Sailor’s callous modernity, Santa Fe itself becomes a kind of phantom character. One wonders what, exactly, the book’s author may have felt about the annual celebration of Fiesta — or even about the town as a whole.

“She hated Santa Fe. She was from Kansas City, which was a bigger place,” said Suzy Sarna, Hughes’ youngest daughter. “I think she thought Santa Fe was beneath her. She didn’t like that it snowed, it was hot in the summer, it was dry. But she lived there for a long time.”
In addition to her cult-hero status among fans of dark midcentury crime fiction, Hughes’ name may ring bells for cinephiles — two notable films are adapted from her books: Ride the Pink Horse (1947), directed by and starring Robert Montgomery, and In a Lonely Place (1950), directed by Nicholas Ray and featuring Humphrey Bogart and Gloria Grahame. “It seems like she’s perennially ripe for rediscovery,” says film historian Imogen Sara Smith in the commentary for the Criterion Collection’s 2015 DVD of Ride the Pink Horse. “Periodically some of her books are reprinted, and people write about them and say, ‘Why is she not better known?’ She’s very interested in the relationship between characters and their environments. She’s very interested in class and race and what things like class envy and intolerance do to people’s inner lives and their moral development.” 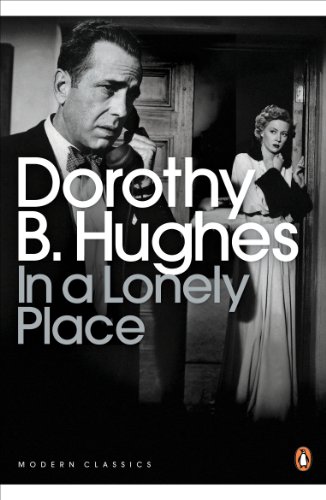 Hughes' prose wasn't flashy but contained multiple layers. She wrote in a tough, no-nonsense style, about the world as it was, not as we wanted in to be. — editor Sarah Weinman