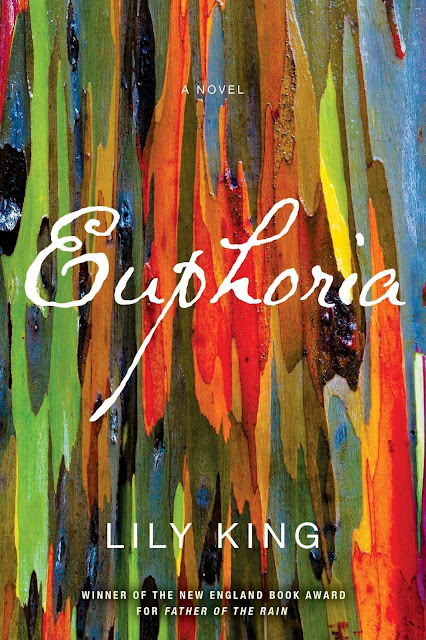 In 1933, three anthropologists, Gregory Bateson from England, Reo Fortune from New Zealand, and Margaret Mead from America, converged on the Sepik River in what was then called the Territory of New Guinea. For those who want to know what really happened during those few months, Jane Howard’s 1984 biography, “Margaret Mead,” holds many of the answers. For those who want to read a tale of work, love, and passion of many kinds there is Lily King’s dazzling new novel, “Euphoria.”


King, the author of three earlier and much acclaimed works, does not say in her acknowledgements what aspect of Howard’s book particularly inspired her, but she does make clear her debt to that work and her many departures from it. Her anthropologists — Bankson, Fen, and Nell — owe much to their originals; Bankson’s biography is particularly close to Bateson’s. But in King’s expert hands the three soon become richly rendered characters, each with her or his own suspenseful narrative.That suspense is darkly present from the opening sentences. “As they were leaving the Mumbanyo, someone threw something at them. It bobbed a few yards from the stern of the canoe. A pale brown thing. ‘Another dead baby,’ Fen said. He had broken her glasses by then, so she didn’t know if he was joking.”
Relations between Nell and Fen, who’ve been married for almost two years, are already strained — what will he break next? — and in the following pages we learn that she has lesions on her legs, a cut on her hand, and a broken ankle. These injuries are observed by Bankson, who meets her that night at a Christmas party in Angoram. He is startled to discover that this small, frail woman with a thick plait down her back is the author of a famous book. Bankson is the narrator for much of “Euphoria,” but we also get Nell’s point of view, either in the third person or in poignant entries from her final notebook.
Each of these young anthropologists is, for reasons both similar and different, at their wit’s end. Nell and Fen have spent a year studying the boring Anapa and five months studying the murderous Mumbanyo — from whom they are fleeing as the novel opens; Nell has lost a baby of her own. Meanwhile Bankson has been studying the peaceful Kiona, feeling increasingly lonely, increasingly puzzled that the tribe eludes him, and increasingly like he’s failing his mother (who is funding his research, still hoping he’ll become a proper scientist, like his father). Shortly before the Christmas party, he tells us, he tried to drown himself in the river.
No wonder then that Bankson, already smitten with Nell, promises over their first dinner to find her and Fen a new tribe. The two had been planning to leave for Australia the next day, but “[t]hey agreed so quickly, and without even glancing at each other, that I wondered afterwards if they’d been playing me rather handily all along.” After rejecting the first few tribes he proposes, Nell and Fen set up home among the Tam who live on the shores of a beautiful lake. They are, to Bankson’s dismay, almost a day’s canoe trip away from his own tribe.
King is particularly brilliant at dramatizing Nell’s work among the women and children of the Tam. We see in vivid detail her persistence, her powers of observation, her humor, her intelligence, and her empathy as she interviews her subjects, plays with them, and enters into their lives. The title of the novel comes not from Bankson’s growing passion for Nell but from her description to him of that moment in studying a tribe when she thinks she understands them and everything makes sense. “[A]t that moment the place feels entirely yours. It’s the briefest, purest euphoria.”Bankson has never experienced this, but, by observing her methods, he comes closer and begins to study the Kiona with more success. Nell’s husband, however, is another matter. Handsome, charismatic, preternaturally gifted at languages, Fen feels tyrannized by his wife’s fame and by her discipline; she is, he complains, always working. Nell is observant enough to realize that, “Fen didn’t want to study the natives; he wanted to be a native. . . . His interest lay in experience, in doing.” But she fails to notice that, while he seems to be merely hanging out with the men, he is hatching a dangerous plan to redress the balance of power between himself and her.
It would be doing King and her many readers a disservice to describe how this plan plays out. Suffice to say that all the strands of the narrative — Nell’s passion for work, Bankson’s longing for her, Fen’s envy, the customs of the Tam and of the Mumbanyo — come together in a deeply satisfying way. “Euphoria” is an exhilarating novel.
Margot Livesey is a distinguished writer in residence at Emerson College. Her most recent novel is “The Flight of Gemma Hardy.”