Apropos of Nothing review / Woody Allen's times and misdemeanours 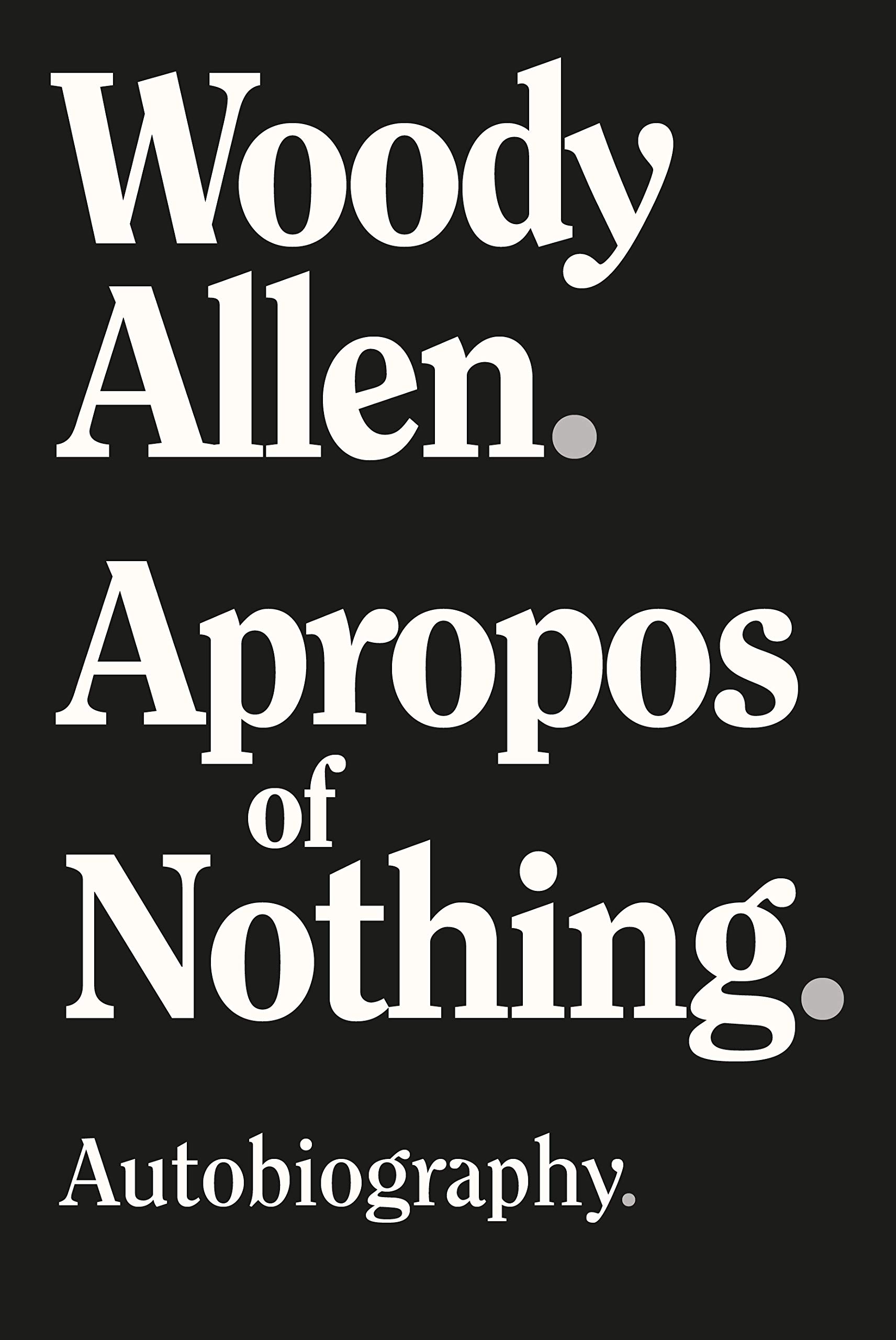 Apropos of Nothing review – Woody Allen's times and misdemeanours

Dropped by the original publisher after a staff protest, the film-maker’s autobiography can be brutally honest but also a bore, and neither he nor Mia Farrow come out of it well


T
hough I see what he was getting at, I don’t quite agree with Hilaire Belloc, who once wrote that just as omelettes are either admirable or intolerable, and nothing in between, so it is with autobiography. Most memoirs, alas, struggle over the same things: fame, for instance, is often less interesting (or perhaps simply harder to describe) than the struggle to achieve it; the central irony of autobiography is that it’s far easier to be truthful about other people than it is to be honest about oneself. Such books tend, then, to be patchy: utterly delicious at times, but at other moments, stodgy and in need of seasoning.


If Woody Allen’s Apropos of Nothing was an omelette, you’d scoff down two-thirds of it pretty smartish, I think, after which – sated, to a degree – you’d mournfully scrape what remained on your plate into the bin. Later, you might be troubled by a hint of indigestion; even a little light queasiness. But in the morning, contemplating the Alka-Seltzer, I’m not sure you would be full of regret, let alone inclined to avoid omelettes for life. What I’m trying to say is that Allen’s autobiography is a mixed bag. If he can write (obviously, he can), and if he is, at points, surprisingly honest (eye-poppingly so, on occasion), then he can also be a bore and a self-deceiver. Of course, if you’re one of those who, disgusted by what you regard as his moral failings, has vowed never to watch Annie Hall or Manhattan again, then you’re unlikely to want to embark on Apropos of Nothing in the first place – and fair enough, that’s up to you. But I’m not in that camp. Nor can I comment on Allen’s alleged abuse of his adoptive daughter, Dylan, a crime of which he was first accused in 1992 (two police investigations into this have come to nothing). What I will say, however, is that I regard it as both disgraceful and alarming that Hachette, his original publisher, gutlessly dropped his book following a walkout by some of its staff – and that though I was sometimes repulsed by it myself, I was also fascinated, even entertained. So, shoot me. Again, that’s your choice.

Like Salinger’s Holden Caulfield, Allen “doesn’t feel like going into all that David Copperfield kind of crap”. But even so, he’s good on his Brooklyn childhood: smart and beady and occasionally funny. His parents – his father was a bookmaker; his mother worked in a florist – were, he tells us, as “mismatched as Hannah Arendt and Nathan Detroit”, disagreeing on everything save for “Hitler and my report cards”. As a boy, he loved magic, fell hard for jazz, courtesy of the great Sidney Bechet, and found his most adored pal in the form of his cousin, Rita. Most readers will know already about the early career: the gags written for the tabloids, the work for radio and as a standup. What surprises in this account is the relative ease with which he became a writer and director (Take the Money and Run, in 1969, was the first proper film). He presents it here so casually: the equivalent of moving from, say, working in a bank to working in an estate agent’s office.

He’s straightforward about his movies. He knows, mostly, which of them work and which don’t (or maybe it’s just that he agrees with me) – and he can be acute when it comes to actors, too. Plenty has been made already of his remarks about, among others, Scarlett Johansson (“when you meet her, you have to fight your way through the pheromones”), and I’m not about to defend him on this score. Yuck. The book is dedicated to Soon-Yi, the stepdaughter he seduced when she was 21 and who is now his third wife (she is 35 years his junior): “I had her eating out of my hand and then I noticed my arm was missing,” he writes, a line that could not be more tone deaf if it were Florence Foster Jenkins.
But reviewers have also quoted selectively, and while one doesn’t cancel out the other, it’s kind of great how much he admires the talent of, say, Judy Davis, Barbara Hershey and Dianne Wiest – precisely the kind of women Hollywood likes to make invisible. His account of the mental illness suffered by his second wife, Louise Lasser, is unsparing to the point of cruelty. But the warmth he feels for her is obvious; they’ve remained friends. Ditto Diane Keaton, a woman who, as he puts it, dressed “as if her personal shopper was Buñuel” (sidebar: people tend to forget that Keaton was no longer his girlfriend by the time they made Annie Hall).
OK… I’m coming to it. Allen devotes around 100 pages – extremely energetic, committed pages: by turns angry and whiny, disingenuous and sometimes just plain baffled – to his relationship with Soon-Yi Previn and its discovery in 1992 by her mother, his then partner, Mia Farrow, courtesy of some “erotic” Polaroids; to the subsequent allegation, made initially by Farrow, that he had abused their adopted daughter, Dylan; and to his later estrangement both from Dylan and his son, Ronan (the latter has always supported his sister; however, their brother, Moses, as Allen notes, has since taken the side of his father). None of this is edifying, to the point where I will avoid repeating the worst of it, British libel laws being somewhat stricter than in the US. However, Allen would have been equally damned had he said nothing at all on this score.
No, he doesn’t come out of it well. But nor does Farrow (his twisted partiality is one thing, but facts are another, and it has to be said that it took her an awfully long time – about 40 years – to turn on her friend, Roman Polanski, who in 1978 pleaded guilty to unlawful sexual intercourse with a minor). To return to where we began, here’s another thing about omelettes: you can’t make one without breaking eggs. This is a horrible, painful and, above all, highly opaque story, and it always will be – up to, and including, the day it is inevitably mentioned in the first paragraph of a long newspaper obituary.
• Apropos of Nothing by Woody Allen is published by Arcade (£24.71).
THE GUARDIAN