The Secret Lives of Jean Seberg 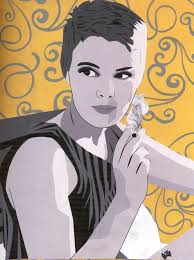 The Secret Lives of Jean Seberg

It was the biggest talent search for a Hollywood film in the 1950s. More than 18,000 unknown actresses from the United States and Europe auditioned, but a pretty seventeen-year-old girl from Marshalltown, Iowa, won the chance to play Joan of Arc in Otto Preminger’s 1957 film, Saint Joan. 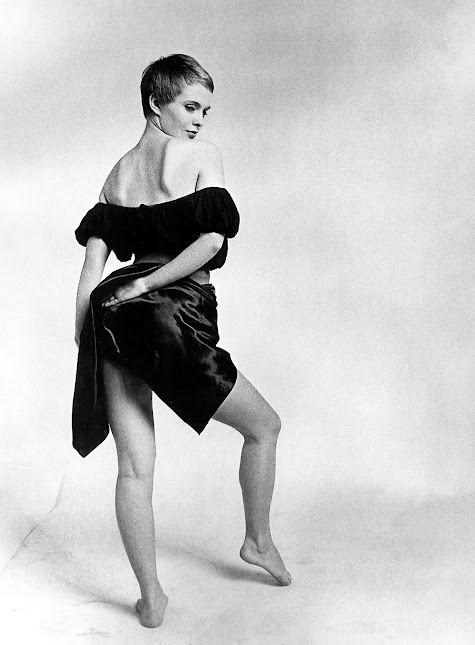 It had the largest soundstage in Europe, 1,500 extras, and glittering premieres in France, England, and America, but critics panned the movie. The media treated Jean Seberg’s portrayal of the French martyr so viciously that many assumed she would return to her quiet life in Iowa as soon as possible. But the actress persevered to become an important figure in the development of modern cinema and the face of Mod fashion.

Seberg starred in another Preminger film, Bonjour Tristesse, in 1958, which redeemed her reputation. She soon became the “it” girl for French New Wave film through Breathless, an experimental movie that rejected big budgets and formal techniques for something more raw. While too risqué for Marshalltown, the French adored it and clamored for more of Seberg.

Her celebrity grew as she made films in French and English, championed new directors, and appeared on magazine covers ranging from Life to Vogue. The Kennedys entertained Seberg and her second husband, the writer and diplomat Romain Gary, at the White House, and girls across France cropped their curls into her signature pixie cut, “à la Seberg.”

“It’s incredible that in the wake of all that, somehow we’ve forgotten who Jean Seberg was,” says Kelly Rundle, codirector of Movie Star: The Secret Lives of Jean Seberg, a documentary funded by Iowa Humanities that premiered in 2013 and is making the festival circuit.

Rundle and his wife, producer Tammy Rundle, joined forces with fellow Iowa native and project creator, Garry McGee, to bring Seberg back into America’s consciousness—detailing her complicated life and examining the forces behind her tragic death.

“This version of her story has not been told before. It’s a more personal look and an unabashedly Midwestern perspective of Jean’s life,” Rundle says. “We were trying to get at something a little deeper.”

Seberg was a passionate activist long before she became a star. She joined the NAACP in 1952, at the age of 14, and championed every cause she crossed paths with. As an adult, she donated generously to several organizations, including the Black Panthers, as did Elizabeth Taylor, Marlon Brando, and other Hollywood celebrities.

“She had this need in her to make the world a better place,” says Seberg’s friend Rabbi Sol Serber. “All you had to say to her was ‘people are being hurt.’”

Seberg was drawn to the Black Panthers because of their free breakfast programs for children, but her involvement led to government surveillance, beginning in 1969. A casual phone call with Black Panther leader Elaine Brown brought her to the attention of the FBI.

“They went after her because they found a moment, a weak spot,” Brown says in the film. “She wasn’t personally targeted, they were all targeted. . . . But she took the first and hardest hit.”

Seberg was pregnant with her second child by Gary when the FBI released a tip to the Los Angeles Times stating that the baby was actually fathered by a Black Panther. The false information ran as a thinly veiled “blind item” in May 1970, and was published again that August, with Seberg’s name, in Newsweek.

Seberg had a breakdown and delivered the baby prematurely. Her daughter, Nina Hart Gary, died two days later and was buried in Marshalltown after an open-casket funeral that clarified her parentage. Seberg and Gary sued Newsweek for libel and won, with $20,000 in damages, but the actress remained in constant fear.

“She came to visit us right after [the funeral],” says Seberg’s sister, Mary Ann Seberg. “She was completely distraught, withdrawn. I think she was in utter disbelief, too, that her life could be destroyed by something like this.”

Seberg continued acting over the next nine years, but never returned to Hollywood. Her interest turned to writing, and she directed a short film, but the downward spiral continued. She went missing in late August 1979. Nine days later, the police found her body, wrapped in a blanket in the backseat of her car, three blocks from her Paris apartment. The death was declared a suicide, but conflicting evidence raised the suspicions of family and friends.

Shortly after Seberg’s funeral, the FBI’s smear campaign against her came to light, as well as other intrusions Seberg had suspected. She had been followed and spied on, her phones tapped, her mail opened.

“There’s an odd sort of amnesia about Jean Seberg in the United States, which is so puzzling to me,” Rundle said. “At her peak, she was on the cover of every magazine . . . but what’s the most surprising is how successful the neutralization campaign was.”

About the author
Victoria Cooney Is a writer in St. Paul, Minnesota.