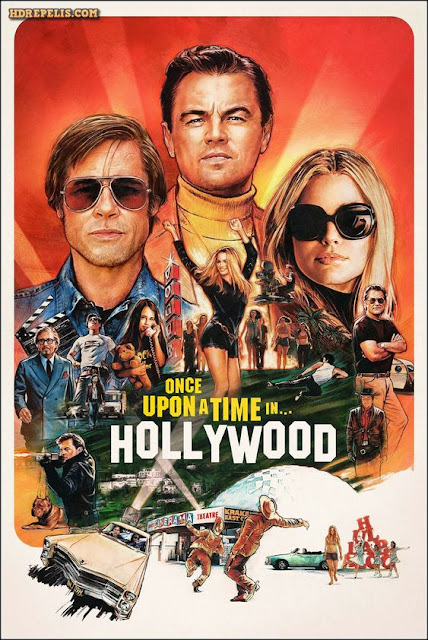 The director’s love letter to 1960s Hollywood, where all women are stereotypes and white men the real victims, disturbs and dazzles in equal measure 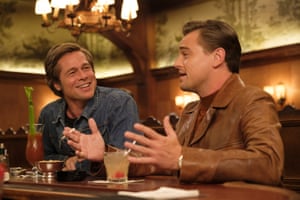 ‘More than a buddy, less than a wife’: Brad Pitt and Leonardo DiCaprio in Once Upon a Time in Hollywood. Photograph: Andrew Cooper/AP


I
t’s hardly surprising that this, perhaps the most “Tarantino-esque” of all Quentin Tarantino’s movies to date, is a love letter to Hollywood. Who has been more vocal about his passion for the movies, in all their glorious (and inglourious) variety, than Tarantino? And who has been more promiscuous with his affections, flirting with everything from grindhouse and exploitation flicks to martial arts, westerns and second world war adventures?

But cinema is a notoriously fickle mistress. And Tarantino is a man who clearly relishes the concept of revenge. Once Upon a Time in Hollywood, a film that is as much about the movie industry as it is about the Manson family crimes that rocked it, is a work of infatuation, certainly. But if it’s a love letter, it’s the kind tinged with the grasping anguish and stab of bitterness that comes from knowing that the object of affection is almost certainly eyeing up a new favourite.Success in Hollywood comes with built-in obsolescence. It’s an industry with a vampiric appetite for fresh blood. Actor Rick Dalton (Leonardo DiCaprio, signposting the character’s vulnerability with a slight stutter) knows this, but that doesn’t make it any easier to swallow. Formerly the lead in a wild west vigilante TV series, by 1969 Rick has already started the slow slide into bad guy bit-parts and bourbon bloat. As a guest on new shows, he allows himself to be bested each episode by the actors who are positioned as his replacements. Wet-eyed with self-pity after a straight-talking producer lays out a road map for his irrelevance, Rick hides behind the sunglasses of his confidant and former stuntman Cliff Booth (Brad Pitt). Their friendship is a constant in an uncertain world. Their fates are linked: “More than a buddy, less than a wife,” is how the film’s narration puts it.

That fear of no longer being current, no longer getting the calls is something that infects everyone who works in the movie industry to some degree or another. And you suspect that Tarantino himself is not immune to it. A scene in which an awestruck child whispers to Rick: “That was the best acting I have ever seen” is milked for manly tears. Meanwhile, young people with a less reverent approach to their elders are dealt with swiftly and efficiently, with the kind of sound design that emphasises the crunch of righteous fist into puny, snickering hippy jaws. 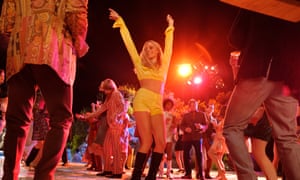 ‘Depth and subtlety’: Margot Robbie as Sharon Tate in Once Upon a Time in Hollywood. Photograph: AP


This is a film set in a stunningly evoked Hollywood past. It can also be read as a commentary on Hollywood present. It’s a present that has skewed dramatically over the past couple of years, in which the balance of power has started to shift. And an industry that has started to hold itself to account. With that in mind, Tarantino’s decision to engineer audience support and sympathy for a character whose career has stalled because of allegations of violence against a woman feels like a deliberate provocation and a petulant dig at the #MeToo movement.

It doesn’t help that the female characters tend towards the schematic and stereotypical. Through sheer force of charm, Margot Robbie invests Sharon Tate, Rick Dalton’s Cielo Drive neighbour, with more depth and subtlety than the gilded, angelic ideal that is sketched on the page. With two notable exceptions – Margaret Qualley’s star-making skittish Manson girl and Julia Butters’s precocious child actor – the majority of the other female characters fall into the categories of either shrews or witches.

It’s this – the positioning of middle-aged white males as the real victims here, goddammit – that rankles. Together with a troubling ending that, at the director’s request, can’t be discussed, it makes the indulgences less easy to forgive. And there are many indulgences: the baggy first hour; the unwieldy two-tier flashback that sets up Cliff’s backstory; the jarring scene featuring Damian Lewis as a polyester version of Steve McQueen; the cheap shot at Bruce Lee.

But, equally, there is much here that represents a film-maker at the top of his game. The delight he takes in the details that anchor the story in time and place: who else but Tarantino would include entire montages dedicated to vintage fonts? The heart-tugging music choices; the limber camerawork and tawny nostalgic warmth of Robert Richardson’s cinematography; every last juicy frame set at the Manson family hideout at the Spahn Movie Ranch. It’s a film that could only have been made by one man. Tarantino’s fear of replacement, the subtext of some of the more uneven passages in the film, is, for the moment, unfounded.