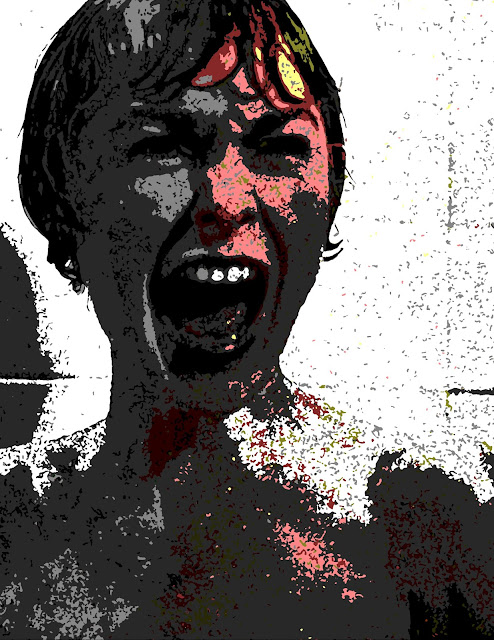 M
y mother was inflating an airbed in the next room. The foot pump's high-pitched wheezing sounded exactly like the violin stabs in the shower scene from Psycho. Even though I understood that real murders did not generally have soundtracks, my first instinct was there's a killer in the house.


Even before I had seen Psycho, I felt like I'd seen it. But when I first watched it, I was surprised by how much was unfamiliar. There are all these scenes that aren't the shower scene. Almost all of the film, in fact. It's also strange it should be considered one of the archetypal horror films because, in a genre obsessed with fulfilling conventions, Psycho doesn't. Hitchcock kills off Marion, the protagonist, before the halfway mark. When we meet the villain, he's bumbling and likable.

Much of the film's genius lies in the ambiguous feelings we have towards the main characters. Even when we've seen Norman kill two people – even when he is doing the creepy half-smile and his face is fading into a skull – he's still sympathetic. We are never allowed totally to side with or totally despise anyone. Hitchcock blurs the boundaries between the warped love triangle: Marion is Mother is Norman. Even the sounds of their names overlap.
I once went to hear Slavoj Zizek, the Slovenian psychoanalyst, analyse Psycho. He gave a live commentary over the film and, at one point, said: "Marion is a manipulative bitch. I am totally on Norman's side in this interaction." In Zizek's interpretation, the storeys of the Bates motel represent Norman's id (basement), ego (ground floor) and his superego (first floor), where his mother lives. The big moment, then, comes when he carries his mother's body from the superego down to the id.
It's a film that attracts reinterpretation. There was Douglas Gordon's 24 Hour Psycho (1993), an installation that slowed the film to two frames per second, which, in turn, inspired Don DeLillo's novel Point Omega. For my contribution to the universe of Psycho spin-offs, I took part in a poetic reinterpretation: Psycho Poetica. I was one of 12 writers each given nine minutes of the film and asked to write a poem to represent that sequence. We didn't get to pick which scene we worked on but we all hoped to cover a murder. I lucked out and got Arbogast's last few moments. 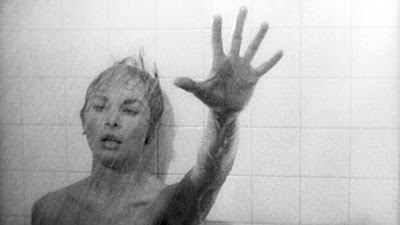 Hitchcock packs a lot in. There's something of a dancer's hips in the way Arbogast climbs the stairs. A knife of light slides across the carpet as the bedroom door creaks open. Then, as though powered by the audience's collective intake of breath, the camera floats up to the ceiling in time to see Mother-Norman dash from the bedroom, the blade glinting. Arbogast floats slowly back down the stairs with the camera contra-zooming, before the knife descends and the cellos let us know it's game over.
When we performed the poems, we dressed in monochrome and were accompanied by Bleeding Heart Narrative, a string quartet, to create a faithful distortion of the original film. It was fascinating to hear snippets of original dialogue happily integrate themselves into new poems. "It's not like my mother is a maniac or a raving thing. She just goes a little mad sometimes. We all go a little mad sometimes." It felt appropriate to hear the words of Norman Bates, master ventriloquist, in someone else's mouth.
Joe Dunthorne's novel Wild Abandon is published by Penguin
THE GUARDIAN