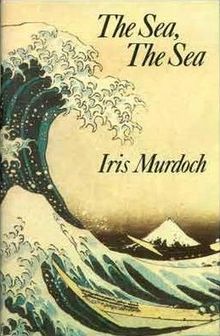 Booker club: The Sea, the Sea

The Sea, the Sea, was Iris Murdoch's 19th novel. It was also her fourth to make the Booker shortlist. Naturally, the fact that Murdoch was so often nominated and only triumphant later in her career has been the cause of plenty of speculation, but it's easy to understand why she so often fell at the last hurdle.
She is a writer likely to divide opinion. For some she is one of the greatest of her generation. For others, although her intelligence and early promise aren't in doubt, her later books exemplify a peculiarly 1970s strain of brown and overwrought prose that is remembered about as fondly as prog-rock yodelling solos. The surprise isn't so much that she failed to scoop the prize three times in a row, but that a jury managed to unite behind one of her books – especially one as variously sublime, ridiculous, difficult, facile, profound and specious as The Sea, the Sea.
At the centre of this maze of contradictions lies the narrator Charles Arrowby. A brilliant satire on the pomposity of a certain breed of theatre director, he sees himself as a Prospero figure who has "abjured" the "magic" of the stage and his successful career in London in order to "become a hermit: put myself in a situation where I can honestly say that I have nothing else to do but to learn to be good." To that end, he has bought himself a strange little house without electricity called Shruff End, which perches on the edge of the North Sea in an isolated coastal town.

But instead of "learning to be good", Charles demonstrates how bad he can be. His peace is quickly disturbed by a series of blasts from the past. A theatrical series of scorned lovers and betrayed lovers come to haunt him from London. In a clunking coincidence, he also bumps into the great love of his life, a woman called Hartley. She was his great teenage love, but jilted him, and he claims to have been pining for her ever since. Hartley is now stuck in what Arrowby is determined to portray as an unhappy marriage, living a humdrum life with a violent husband. Charles decides to rescue her – even though she repeatedly tells him she'd prefer to be left alone.
There's no doubting Murdoch's mastery when it comes to portraying Arrowby's self-deceit. He is able to eloquently insist that he is acting for the good of all concerned while he manipulates and bullies Hartley. Even when he uses Hartley's estranged adoptive son (who arrives on his doorstep in another barely credible coincidence) as bait to lure the poor woman to his house, and then kidnaps her, he puts a case for his own moral righteousness that would be persuasive - if it weren't for the bare facts. 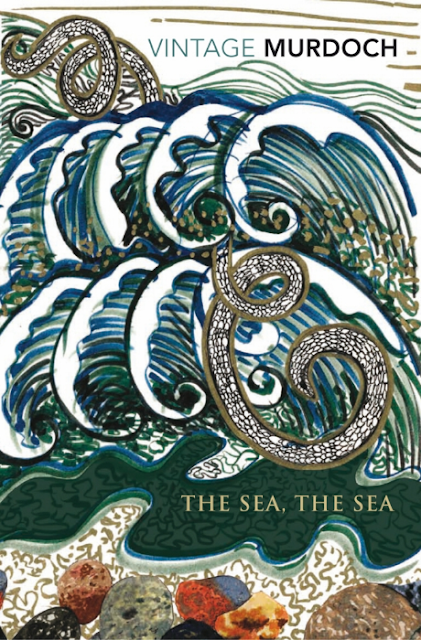 Further demonstrations of Murdoch's talent exist in the terrific comic set pieces involving the squabbles of actors who descend on the house, and many hilarious descriptions of the disgusting meals Arrowby makes for himself. More seriously, she takes great care to imbue the house, the sea, the surroundings – everything – with depth and significance.
Martin Amis once said of Murdoch that: "Her world is ignited by belief. She believes in everything: true love, veridical visions, magic, monsters, pagan spirits. She doesn't tell you how the household cat is looking, or even feeling: she tells you what it is thinking." Here, she is even able to imply (without ever being so unsubtle as to state it outright) that the very elements are sentient – and are disgusted by Charles Arrowby. The house creaks and leaks and groans under his occupation. His attempts to manipulate rocks into geometric patterns start to seem like an affront to nature. The sea is sullied by his presence in its waters.
As the title might suggest, this sea plays a major role in the book. It's always beautifully described – and also, unfortunately, the subject of quite a lot of mystical bollocks. Arrowby imagines it to be the home of a hideous monster, which becomes a depressingly clumsy symbol for his voracious soul. When he achieves something approaching redemption and self-awareness, meanwhile, he is visited by some cute seals. Ugh.
These magical tendencies are also evident in the character of Charles' cousin James, who has Buddhist leanings and appears to be able to keep himself warm using his mind alone. James is also terrifically boring, and that in spite of the fact that he is – a spy! And possibly also gay! Worse still, although he delivers several long sermons to Charles, we get no more impression that he has a personality than if he were filled with sand. Indeed, none of the characters other than Charles have any convincing inner life. To an extent this can be attributed to Charles' own egotism and failure to conceive of a world outside his own head, but that doesn't make them any more fun to be around. Nor does it excuse the many scenes of absurd melodrama that they all engage in – and which make the book as exhausting as it is exhilarating.
So there it is, a book that has left me thoroughly divided. It's as flawed as it is wonderful and it took a brave jury to give it the prize. Or, at least, a very forgiving one.
THE GUARDIAN

1978 The sea, the Sea by Iris Murdoch
1980 Rites of Passage by William Golding
1987 Moon Tiger by Penelope Livery
1988 Oscar and Lucinda by Peter Carey
1992 The English Patient by Michael Ondaatje
1996 Last Orders by Graham Swift