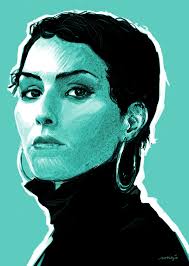 Noomi Rapace: ‘Amy Winehouse was like an angel when I wasn’t in a good place’

The Swedish star of The Girl With the Dragon Tattoo explains how she plans to do justice to the late singer, plus the logistics of that self-caesarian scene in Prometheus


Hi Noomi. In Unlocked, you play a tough-as-nails spy tasked with preventing a terrorist attack. But the role was initially written for a man, wasn’t it?
Yeah, they kind of rewrote the script for me. I wanted her to be a real woman with a personality, more than some badass agent who’s fighting bad guys. I wanted you to see cracks in her.
It shows. There is no discernible difference between the character and a male version of her.
Since I started working, I didn’t want to be defined by my sex or body. Why would I? It’s very medieval. When I have a costume fitting or makeup session, it’s like: “No, I don’t want to have full makeup in the end of the film if I’ve been trying to survive for 72 hours.” I’ve been fucked up; of course I wouldn’t look perfect, I’d be a mess! And all these voices around me are saying: “No, we think you look a little bit too rough.” 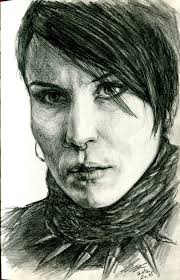 You made a promise to yourself, early in your career, not to pick roles based on vanity (1).
I didn’t have a choice. Being an actress is a world of possibilities. If I corner myself by saying I need to look a certain way, I lose that freedom. I saw this film I did when I was 22 and I was like: “Holy ...” I hated what I looked like. And then I said: “Noomi, if you’re going to be an actress, it can’t be about what you look like. It needs to be about what’s going on inside of you.”


What movie was that?
A horrible Swedish film I did when I was 20 called Capricciosa. I learned a great lesson on that. The script I signed up for was about a girl whose mom killed herself. She was dancing to reconnect with her mom, who used to be a dancer. It was deep and layered; there was a reason why she was dancing. But then he removed all that and I became this sexy girl who was, as the director said, “sunlight coming into the room”. I realised I don’t want to be an actress if it’s like this. I had a conversation with Maisie Williams from Game of Thrones. She read an article about me where I said “fuck vanity” and then she decided to cut her hair. She said she wanted to be like Noomi. That made me so happy. Because I’m like: “OK, maybe I can create some waves that will inspire young actresses to not be so obsessed with the way they look.”
You’ve played many different nationalities: Swedish, Russian, British, Danish. As a foreign actor in Hollywood, do you find yourself cast as the token non-American?
Since I was a kid, I moved around a lot. I’m used to adapting to different cultures and cities and countries. People don’t know much about me, so I can become different things, change my body, change my face. I was sitting at dinner and people were talking about the scene inPrometheus when I do the caesarean on myself (2). After 10 minutes I was like: “That’s not how it was done.” And there was a guy who said: “Well, how would you know?” I was like: “Well, I was there. That’s me in the scene.” He was like: “What?” We’d been at dinner for two hours and he had no idea that I was the actress they were talking about. 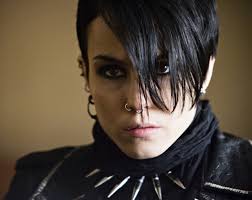 Before our time is up I have to ask: are you still doing the Amy Winehouse biopic (3)?
If I do it, all the components need to be right. That’s not a movie I can compromise with. She’s been a big part of my life; at crucial moments, she was like an angel when I wasn’t in a good place. I have a painting in my house that’s four metres long that this Swedish artist did for me. It has ravens and the lyrics of Back to Black. When I left Sweden after my divorce (4), that was what I brought with me. So the film needs to be close to my heart and done the right way. And if not, it won’t be me doing it. It’s too precious to gamble with.
Unlocked is in cinemas and on demand in the US from 1 Sep, and on DVD and Blu-ray in the UK now 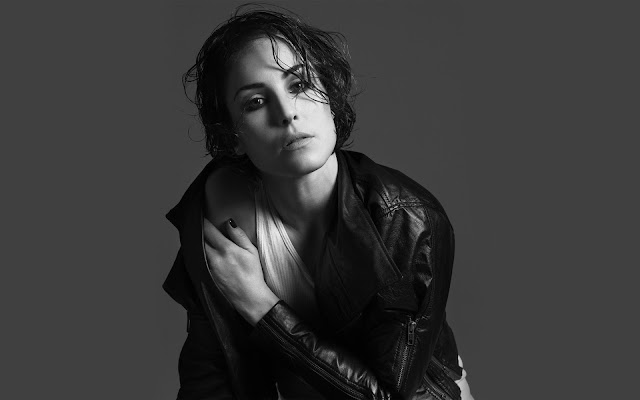 Footnotes
1) In a 2014 interview with the Telegraph, Rapace said vanity was the “enemy of acting”.
2) The scene alone tipped the film from being a PG-13 to an R.
3) The film is set to be directed by Kirsten Sheridan, daughter of Jim Sheridan and co-writer of In America.
4) Rapace and Swedish actor Ola Rapace divorced in 2011

2012
The Rock / 'THAT is what I'm cooking'
30 minutes with Fiona Shaw / 'I prepared for True Blood by going to witches' meetings'
Chris Isaak / 'My advice is: if you've got to be miserable to write great music, then drive a truck!'
Stellan Skarsgård / 'I'm a castrated bull'
Willie Nelson: 'If we made marijuana legal, we'd save a whole lotta money and lives'
Jada Pinkett Smith / 'I'm scared of clowns'
2013
Sarah Silverman / 'I've been punched in the face three times'

2014
Christopher Plummer / 'Who the hell wants to be happy all the time?'

2016
Jennifer Jason Leigh / 'Until Tarantino, I had forgotten who I was as an actress'
Rebecca Hall at Sundance / Hollywood is scared of 'ugly' female characters
Gene Simmons / ‘I still fly up to the top of the rafters and spit fire’
Natalie Portman / 'The less I’m in a movie, the more I like it'

2017
Juno Temple / ‘Blackpool is like Reno, not flashy like Vegas, there’s a sense of Arcadian gambling’
Noomi Rapace: ‘Amy Winehouse was like an angel when I wasn’t in a good place’
Linda Ronstadt: 'I don’t like any of my albums'