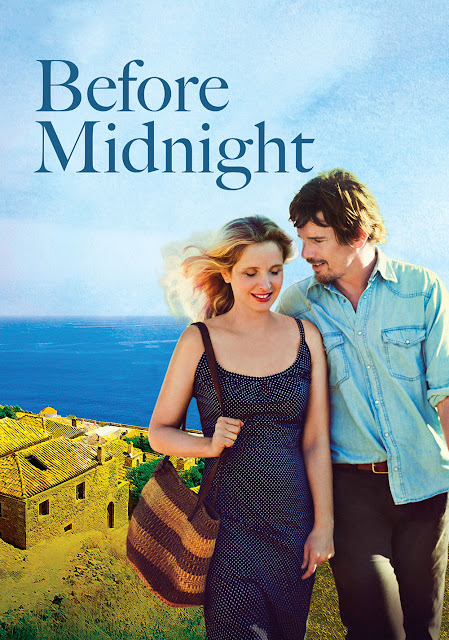 Our countdown continues with a third installment in the saga of Jesse and Celine, now married with children and on holiday in Greece

Another year, another sequel, another shameless attempt to cash in on prior brand recognition and to exploit fans desperate for another hit of their favourite franchise. So why was Richard Linklater's second sequel to Before Sunrise greeted with a loving embrace, rather than the spitting backlash that awaits most reboots?
It's because the Before trilogy (actually, I'm holding out for an octet) has most in common with something like the Up documentary series, which traces the progress of a group of people at seven year intervals. The three Before films, spaced with nine years between them, are so brilliantly constructed, so seamlessly blended with the actual aging of their actor/screenwriters that they had started to assume the role of real-life touchstones, rather than works of art.
There was no pressure, then, for this third instalment. No worry that in tripping up the film-makers would not just be trampling the legacy of two minor masterpieces but pulling the plug on something so special and tangible it goes beyond movies. In fact, of course, this turned out pretty much perfect. 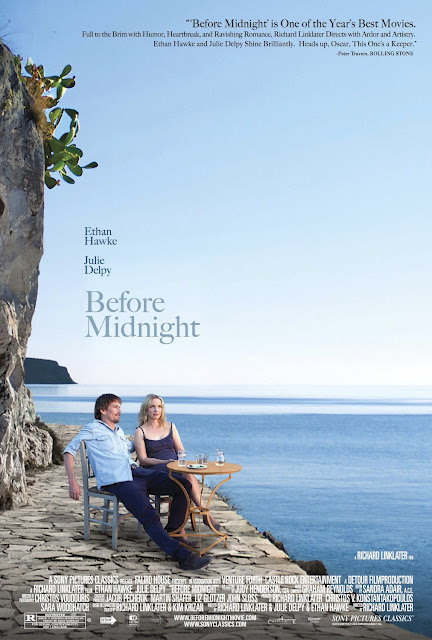 Celine and Jesse drive along in their rental car, have lunch with friends, stroll through the fields and look at goats, kiss and row in a hotel room, then have what might be a reconciliation by the sea. That's about it. But for my money, the technical achivement is just as towering as Gravity's. Those precisely-paced long, long scenes, just dialogue, so casual and natural it couldn't be improvised, knock you over, again and again.
Midnight isn't quite flawless. The ending doesn't have the same satisfying crackle of Sunset; the lunch scene is stagey, your sympathies are too skewed away from Delpy. But these imperfections enhance the picture, make you appreciate it all the more, mean you care for its characters in a way that isn't fleeting or situation specific. Before Midnight transcends cinema. It feels like a commitment. It feels like it's for life.