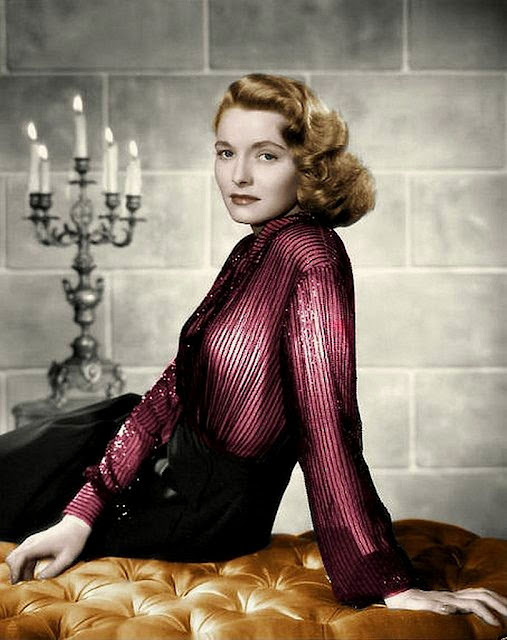 Patricia Neal, the willowy, husky-voiced actress who won an Academy Award for 1963's "Hud" and then survived several strokes to continue acting, died on Sunday. She was 84.

Neal had lung cancer and died surrounded by her family at her home in Edgartown, Mass., on Martha's Vineyard.

"She faced her final illness as she had all of the many trials she endured: with indomitable grace, good humor and a great deal of her self-described stubbornness," her family said in a statement. 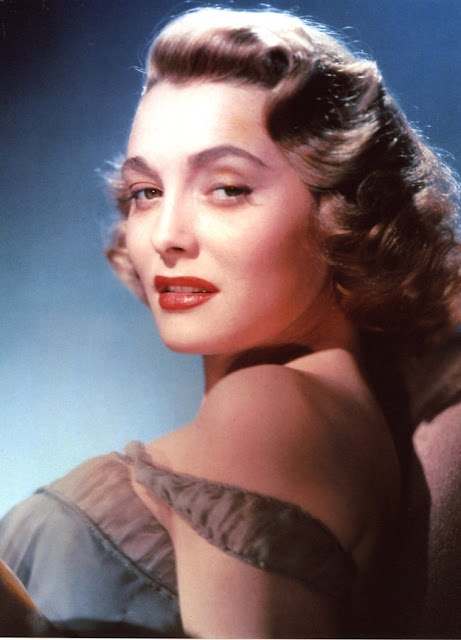 Neal was already an award-winning Broadway actress when she won her Oscar for her role as a housekeeper to the Texas father (Melvyn Douglas) battling his selfish, amoral son (Paul Newman).

Less than two years later, she suffered a series of strokes in 1965 at age 39. Her struggle to regain walking and talking is regarded as epic in the annals of stroke rehabilitation. She returned to the screen to earn another Oscar nomination and three Emmy nominations. 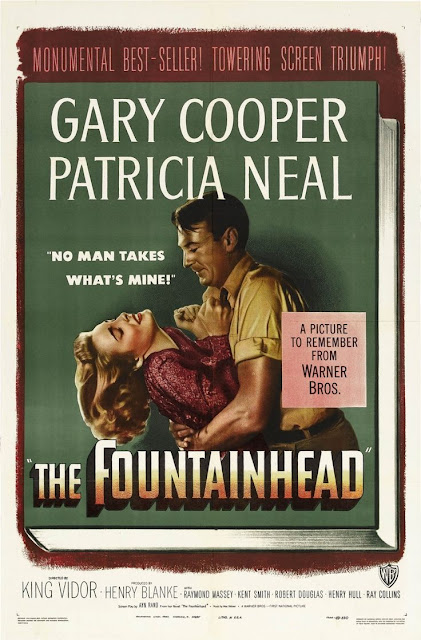 The Patricia Neal Rehabilitation Center that concentrates on helping people recover from strokes and spinal cord and brain injuries is named for her in Knoxville, where she grew up.

"She never forgot us after she went to Hollywood," said 85-year-old Bud Albers, who graduated with Neal from Knoxville High School in 1943, and still lives in the city.

Whenever she was in town, a bunch of her friends would always get together and have dinner, Albers said. Her family let him know of her death. She had wanted to be in town next week for a golf tournament that benefits the center, he said.

"She was so courageous," he said of her battling back from her illnesses and losing her 7-year-old daughter to measles in 1962. "She always fought back. She was very much an inspiration."

In her 1988 autobiography, "As I Am," she wrote, "Frequently my life has been likened to a Greek tragedy, and the actress in me cannot deny that comparison."

Neal projected force that almost crackled on the screen. Her forte was drama, but she had a light touch that enabled her to do comedy, too.

She had the female leads in the 1949 film version of Ayn Rand's novel "The Fountainhead," the classic 1951 science fiction film "The Day the Earth Stood Still" and Elia Kazan's 1957 drama "A Face in the Crowd." 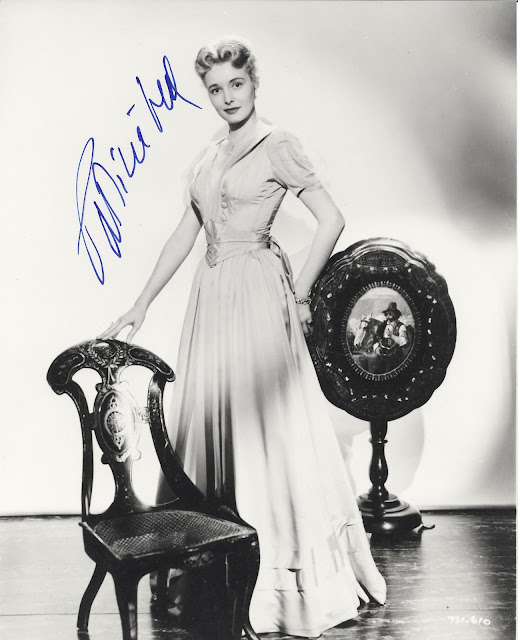 She made a grand return to the screen after her strokes in 1968, winning an Oscar nomination for her performance in "The Subject Was Roses."

“Frequently my life has been likened to a Greek tragedy, and the actress in me cannot deny that comparison.”
Neal, in her 1988 autobiography

In 1971, she played Olivia Walton in "The Homecoming: A Christmas Story," a made-for-TV film that served as the pilot for the CBS series "The Waltons." It brought her the first of her three Emmy nominations.

"You can't give up," she said in a 1999 Associated Press interview. "You sure want to, sometimes."

In 1953, she married Roald Dahl, the British writer famed for "Charlie and the Chocolate Factory," "James and the Giant Peach" and other tales for children. They had five children. They divorced in 1983 after she learned he was having an affair with her best friend. Dahl died in 1990. 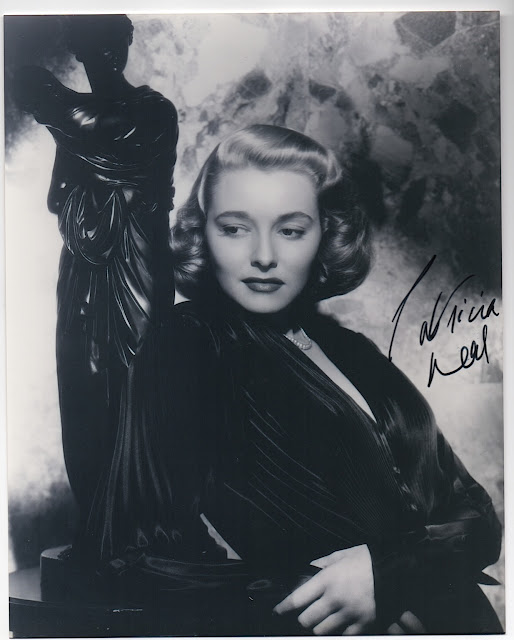 Even before her own illness, her life often was touched by misfortune. Besides her daughter's death, an infant son nearly died in 1960 when his carriage was struck by a taxi.

Neal also suffered a nervous breakdown, and had an ill-fated affair with Gary Cooper, who starred with her in "The Fountainhead."

"I lived this secret life for several years. I was so ashamed," she told The New York Times in 1964.

The strokes at first paralyzed her and impaired her speech. After recovering, she limped and had bad vision in one eye. A 1991 biopic about her travails starred Glenda Jackson as Neal.

Her family said her dedication to the rehab center and advocacy for stroke sufferers was a great source of hope for them and their families, and a "constant inspiration to our family."

In 1999, she starred in her first feature film in 10 years in the title role in Robert Altman's "Cookie's Fortune."

She said at the time that movie offers had been scarce in recent years. 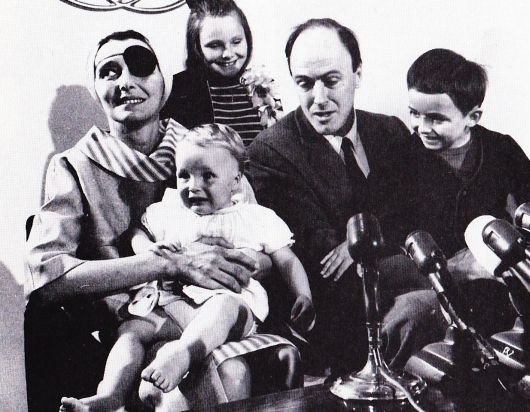 "I don't quite understand it, but nobody calls me and nobody wants me. But I love to act."

Neal was born in a mining camp in Packard, Ky., the daughter of a transportation manager for the South Coal & Coke Co. After leaving Knoxville, she attended Northwestern University and then struck out for Broadway.

Her broadway credits included "A Roomful of Roses," "The Miracle Worker" (as Helen Keller's mother, Kate) and a revival of Hellman's drama "The Children's Hour."

She made her screen debut in 1949's "John Loves Mary," that also starred Jack Carson and Ronald Reagan.

Her three Emmy nominations were all for roles in notable drama specials: Besides "The Homecoming," they were "Tail Gunner Joe," a 1977 drama about Sen. Joe McCarthy, and a version of the tragic World War I story "All Quiet on the Western Front." 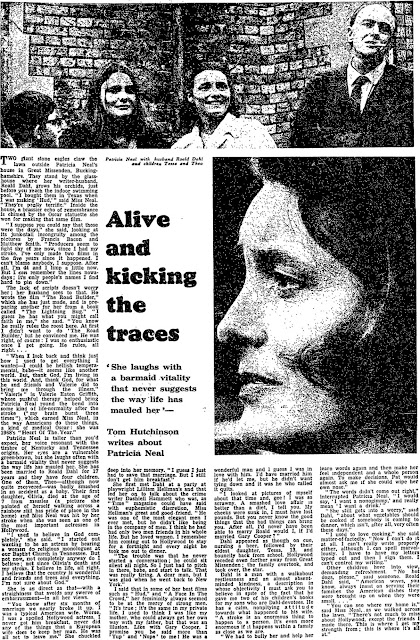 Among Neal's children is Tessa Dahl, who followed in her father's footsteps as a writer. Tessa Dahl's daughter is the model and writer Sophie Dahl.

Friends said her sorrows gave her an inner toughness that brought new power to her screen portrayals.

The statement from Tessa, Theo, Ophelia and Lucy Dahl and others said that the night before her death, Neal told them, "I've had a lovely time."

Posted by Ficciones at Tuesday, September 13, 2016