Barry Hannah / A brief survey of the short story


A brief survey of the short story part 61:

A writer who captured the violence, bigotry and wild humour of the American deep south in line after unpredictable line


“G
ee, he can use the word, Jeb can,” a Confederate soldier says of his general in one of Barry Hannah’s stories of the American civil war. That same wonderment and admiration characterises many responses to Hannah’s work, which re-energises prose in the way that one of his favourite musicians, Jimi Hendrix, re-energised the sound that could be wrung from a guitar.


In Hannah’s stories of the deep south – a territory as crazed and bloody as the one Flannery O’Connor described – violence and wild humour meet in line after unpredictable line. A particularly hated adversary is “overmurdered” by a battle-crazed Confederate soldier; a doctor enduring a crisis of confidence is “an unshucked oyster, hurtling on the winds, all air, gonad and gut”; in Ride, Fly, Penetrate, Loiter, the one-eyed biker Maximum Ned describes receiving the gift of tongues when he was stabbed in the eye:

“Now I talk white, Negro, some Elizabethan, some Apache. My dark eye pierces and writhes and brings up odd talk in me sometimes. Under the patch, it burns deep for language. I will write sometimes and my bones hurt. I believe heavily in destiny at such moments.” 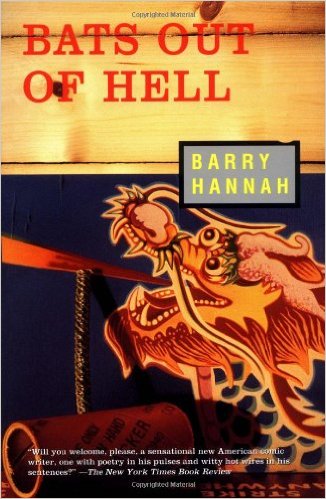 There is something of the preacher to Maximum Ned, and to many of Hannah’s narrators, although it is a strange church that would grant them its pulpit.
Hannah was never in the military, but was to an extent shaped by Vietnam and his opposition to it. The civil war, Vietnam, Desert Storm and the Iraq war all provide settings for his stories. The first two, in particular, are evoked as pits of cruelty and sudden, shocking death; in Midnight and I’m Not Famous Yet a soldier in Vietnam reflects: “It seemed to me my life had gone straight from teenage giggling to horror.” Yet even outside war zones Hannah’s world remains harsh, messy with rape, murder and bigotry. The society he describes is rupturing, as in Through Sunset Into the Raccoon Night, where the narrator mentions seeing “a woman in an unknown rage drive repeatedly at high speed around the lot of a Sonic drive-in until she piled into a stone picnic table and killed herself”. Hannah wrote several post-apocalyptic stories, but his modern America is so chaotic and desolate it can be difficult, for a page or two, to tell them apart. 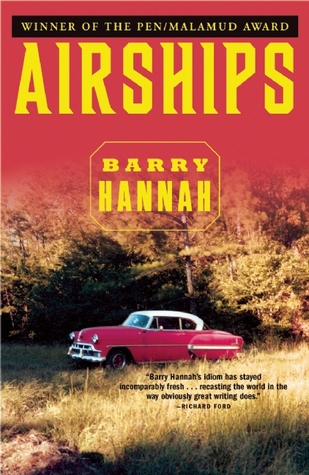 Hannah’s stories often describe extraordinary events: a decades-long missile war between America and the Middle East; an encounter between William Burroughsand a werewolf; two fighter pilots searching for perfect last words as their jet crashes. Yet some of his best work features nothing more outlandish than a group of old men talking at the end of a jetty. Each of Hannah’s four collections begins with a fishing story, a patterning that lends the jetty and the water a special significance. “Obviously, I’m obsessed with the people on the pier,” Hannah told Bomb Magazine in 2001, describing them as “desperate and older and almost frantic to have a moment of clarity and some peace”. In Water Liars, one of Hannah’s greatest achievements, that peace is disturbed when the old timers’ tall stories are interrupted by a newcomer who describes finding his daughter having sex with a stranger on the lakeshore. His interlocutors are disgusted: “I wouldn’t’ve told that,” one says. But the story resonates with the narrator, who has been obsessing over “the bodies that had trespassed” his wife before he met her. Hannah cracks open the men’s banter like a crab shell, revealing the meat of the male psyche lying beneath. Hypocritically, the narrator cannot bear his wife possessing a sexual history like his own:

“I dropped my beer and grew suddenly sick. Wyatt asked me what was wrong. I could see my wife in 1960 in the group of high schoolers she must have had. My jealousy went out into the stars of the night above me. I could not bear the roving carelessness of teenagers, their judgeless tangling of wanting and bodies. But I was the worst back then. In the mad days back then, I dragged the panties off girls I hated and talked badly about them once the sun came up.” 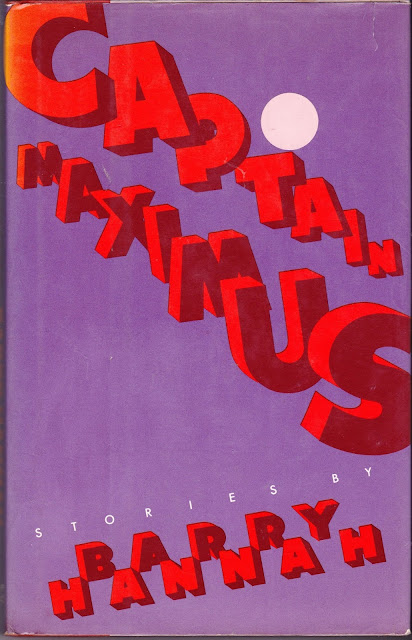 Water Liars is from Hannah’s debut collection, Airships (1978), which alongside its successor, Captain Maximus (1985), was edited by Gordon Lish. It is illuminating to compare those slim, spare books – at times as astringent asHemingway or even Beckett – with Bats Out of Hell (1993) and High Lonesome (1996), where the words form page-filling slabs. Hannah credits Lish with teaching him the “music of the empty white”, but his own instincts were for maximalism: extended narratives in which incidents succeed one another in a manic picaresque.
At their best, like the brilliant Vietnam-era bildungsroman Testimony of Pilot, these long stories possess a drive and sweep that capture the changes and losses that accumulate over a lifetime. When they don’t succeed – and several don’t, particularly in the later collections – their effect is confusion and fatigue. By Hannah’s own account, Lish would tell him “not to write so damn fucking much”, but it is advice he cheerily ignored in the latter part of his career.
Throughout his writing life Hannah, who died in 2010, met with charges of racism and misogyny. Even he couldn’t mount a convincing defence against the latter: “I don’t think there’s true misogyny in my work,” he told one interviewer half-heartedly, before surrendering completely:

“Remember, I started writing in the 60s. I have changed through the decades.” This aspect of his work reaches its nadir with a murderous rape in the grotesque western horror Ride Westerly for Pusalina, a story even Hannah regretted: “I don’t think that really violent thing with Pusalina, which caused me a few attacks for misogyny, I don’t think it’s a great story. I just had some fun with my love of the west, thought I’d put a vampire nun in the west. It’s one of those ideas that comes down the pike and you just do it.” 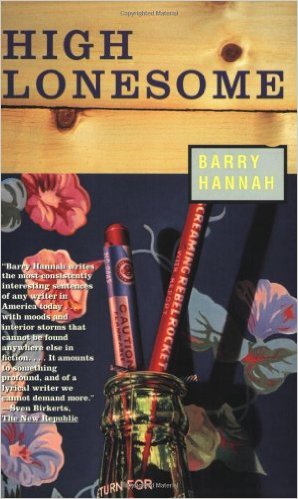 The charge of racism is more complicated. The Ku Klux Klan is excoriated in stories such as Scandale d’Estime and the late story Lastward, Deputy James, where he describes southerners who didn’t protest segregation as “good Germans … staying quiet when a heinous thing is about like Hitler”. Yet in the autobiographical Uncle High Lonesome, Hannah takes disquieting care to balance his uncle Pete’s racist language and deliberate humiliation of his black workers with an account of how he “healed their rifts, brought the men cartons of cigarettes. He got them medical treatment and extended credit even to children who had run away to Chicago.”
Hannah’s father was a segregationist, but the writer himself spoke of how “I learned early on to love black folks. We were much closer, even in the days of separation, because they were yardmen and maids. Whatever you say about that, we talked. Took care of each other.” To me, that seems to give Jim Crow an uncomfortably easy ride. Writing in the New York Review of Books in 1985 about Hannah’s frequent use of the word “nigger”,James Wolcott concluded: “Barry Hannah is too gifted to keep dipping his straw into the same dirty water.” More forgiving critics sometimes defend the racist and misogynist aspects of Hannah’s writing as purely ironic or satirical, or the unfortunate but worthwhile cost of his linguistic talent. But it is worth noting that these judgements come mostly from white males, for whom that price is easier to pay. 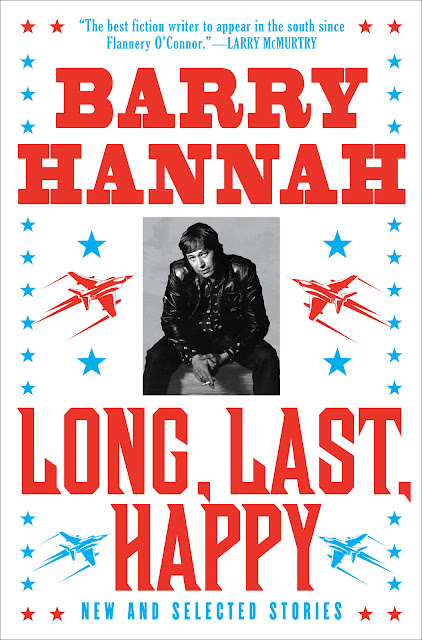 So you don’t come to Hannah for moral uplift; and you don’t come to him for structure or plot, either. “Plot has never interested me,” Hannah told an interviewer in 1997, while John Updike remarked that “all Mr Hannah’s narratives are discontinuous”. Somewhat like Updike, in fact, it is language that acts as Hannah’s hook, and with the right reader it buries itself deep and fast. As the writer Colin Barrett describes it, his language is “syntactically skewed and relentlessly showy, and discharges joy in concussive bouts”. It is a ride, a provocation; the sound of an artist, to paraphrase one of his characters, “banging the walls of space and time”. What do you come to Barry Hannah for? You come to him for those moments when a drunkard paints his house instead of cleaning it; you come to wallow in the “petty desires” and “murky ratlike aggression” of his narrators; you come for a closing line like “We were both crucified by the truth”; and for declarations of love like “I wanted to sleep in her uterus with my foot hanging out”. Because like the soldier said, gee, he can really use the word.