Jane Fonda and Joan Collins also contribute to volume about actor, who was killed by followers of Charles Manson in 1969
Ben Child
The Guardian, Tuesday 27 May 2013 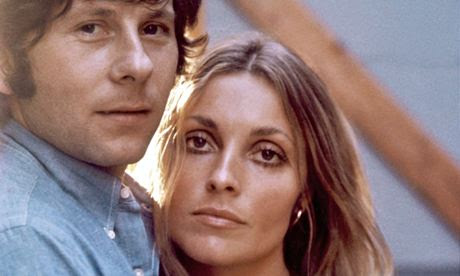 Roman Polanski and Sharon Tate in 1969, the year she was killed at her LA home by members of Charles Manson's 'family'. Photograph: AFP/Getty Images
The Oscar-winning director Roman Polanski has written the foreword to a forthcoming book about the life of his murdered wife, Sharon Tate, reports the New York Post..
Tate was killed by followers of Charles Manson in 1969, along with three friends who were staying with her at the Los Angeles home she shared with her husband. The 26-year-old actor was due to give birth just two weeks after her death.
Polanski, who was out of town when the attacks took place, writes in the foreword: "Even after 40 years, it is difficult to write about Sharon. It is impossible, of course, to imagine what might have been if Sharon had lived. But this book allows me to remember what was."
The book, titled Recollection, has been put together by Sharon's sister Debra and will be published in the US next month. It also features contributions from its subject's co-stars on the 1967 cult drama Valley of the Dolls, Patty Duke, Joan Collins and Jane Fonda. The last writes: "She was very pregnant the last time I saw her at that house and turned down a joint that was being passed around."