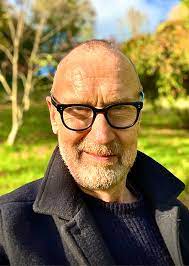 Singer pays an emotional tribute to her kidney donor

Nicholas Evans was born and grew up in Worcestershire, England. He studied law at Oxford University, graduating with first class honors, then worked as a journalist for three years on the Evening Chronicle in Newcastle-upon-Tyne. He then moved into television, producing films about US politics and the Middle-East for a weekly current affairs programme called Weekend World. It was during this time that he traveled a lot and got to know the United States.

In 1982 he started to produce arts documentaries – about famous writers, painters and film-makers, several of which won international awards (films about David Hockney, Francis Bacon, Patricia Highsmith). In 1983 he made a film about the great British director David Lean (Lawrence of Arabia, Doctor Zhivago, etc). Lean became a friend and mentor and encouraged Evans to switch from fact to fiction.

For the next ten years, Evans wrote and produced a number of films for television and the cinema. In 1993 he met a blacksmith in the far South-West of England who told him about horse whisperers – people who have the gift of healing traumatized horses. Evans started work on what was to be his first novel.

Published in the fall of 1995, The Horse Whisperer has now sold about fifteen million copies across the world. It has been the number one bestseller in about 20 countries and has been translated into 36 languages. It was also made into a movie, starring, produced and directed by Robert Redford.

Since then Evans has written four more novels: The Loop, The Smoke Jumper, The Divide and, his latest, The Brave. He lives in the south-west of England, in a 14th century house on the banks of the River Dart in Devon.