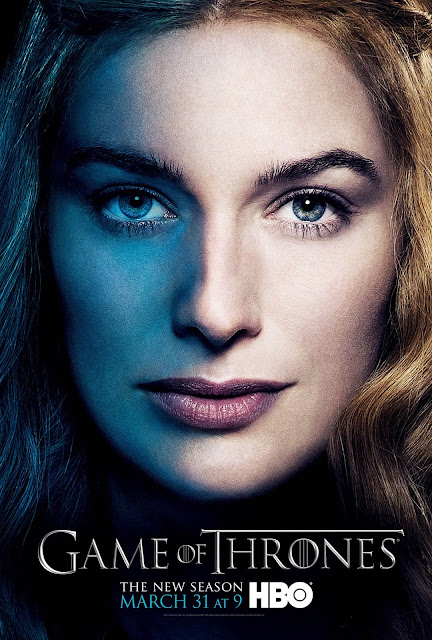 With the sound of 'shame, shame, shame' still ringing in your ears since this week's Season 5 finale of Game of Thrones, Lena Headey's body double from that now-infamous scene has spoken to Entertainment Weekly about the process of filming the walk, and also the post-production process involved.
It was the scene fans of the show had been waiting five long seasons to see: the evil, scheming Cersei Lannister, played by Lena Headey, finally getting her comeuppance as she was forced, shorn and naked, into the streets of Kings Landing for her long walk of atonement back to the castle. The scene was harrowing, long (clocking in at over eight minutes), apparently very expensive to shoot (allegedly $200,000!), and by the end of it you almost felt sorry for the Queen mom. Almost.


But if you thought it was actress Lena Headey baring all in the scene, you would be mistaken, it was actually actress Rebecca Van Cleave. The shoot for the scene took place in Dubrovnik, Croatia last October and ran for three days - a hell of a long time to be walking around in the buff in front of an enormous cast and crew. However Van Cleave has nothing but good things to say about the experience, telling Entertainment Weekly:

It was one of the scariest, most wonderful, most gratifying experiences I could have imagined. I never in a million years would have thought I would be in Dubrovnik surrounded by hundreds of extras and crew members throwing food at me, but it was amazing.

The role was hotly contested, with over 1,000 actress applying for the role, and seven finalists being flown to Belfast, Northern Ireland to meet with producers, a meeting that Van Cleave says "was actually the most comfortable casting I’ve ever had, considering.”


Lena Headey chose not to do the nude scene herself "for several reasons," including the fact that she wanted to focus on the intense emotional response needed for the scene (and to be honest, I doubt anyone could blame her for opting out of nude aspect of the scene, especially when given the option of a body double).


Headey and Van Cleave shot the scene together with Headey wearing a beige shift, and Van Cleave in the buff. During filming Heady walked her body double through each shot, giving Van Cleave insight into what state Cersei's mind would have been in during each step:

Lena was so good about walking beside me and guiding me into what Cersei was thinking and the movements. We were playing tag team — ‘You’re it!’ — and trying to make light of the fact we’re all covered in everything and going through this together.

Following the shoot, a post-production visual effect crew then merged the two performances together in a mammoth feat of editing.


Van Cleave, along with everyone else, watched the finale and finished scene for the first time this weekend, and admits to Entertainment Weekly it was quite an emotional experience:

It was very surreal and emotional, to be honest. I had a good little cry afterward. Lena and I put so much into that scene and to see it all come together was really special.

However, because of the need to be secretive while filming the scene to prevent spoilers, many of Van Cleave's family and friends were totally unaware of her role in the show until she was outed by the UK press on Thursday.


While she doesn't mind being outed for the scene, hoping it will land her another role, she did have something to say to those who had criticized Lena Headey for her decision to use a body double, saying:

I personally don’t agree with anybody who says having a body double detracts from the scene. Lena put her heart and soul into that scene. It should all be about the finished product, not about whose body was where and whose head was where.

Van Cleave is now looking to find her next acting gig, saying that she hopes the next thing she acts in will have her head as well as her body in it.
Create a post
Did you enjoy Game of Thrones Season 5?
Source: Entertainment Weekly
MOVIEPILOT