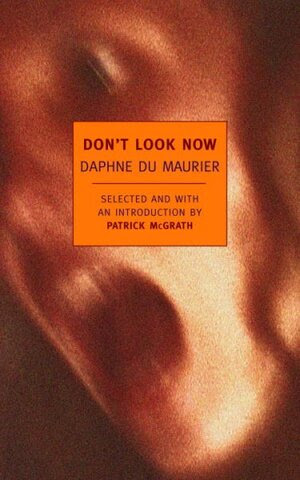 by ETHAN RUTHERFORD
Ethan Rutherford is the author of The Peripatetic Coffin and Other Stories.

I'd seen the movies before reading the stories — Nicolas Roeg's masterful version of "Don't Look Now" featuring Donald Sutherland and Julie Christie; and Alfred Hitchcock's strangely flat-footed and clunky version of "The Birds" — so I thought I knew what to expect from Daphne du Maurier's fiction. I was, in fact, a little bored by the prospect of reading these stories, since I'd already seen the movies, but one day a friend insisted, loaned me her copy of Don't Look Now and just said: Trust me. I sat down while it was still light out, didn't move from the chair until dark and have had a hard time sleeping ever since.

What I love and admire about the stories collected here — and all of them are great, but I will confess to loving "Don't Look Now" and "The Birds," the two stories that open the collection, more than the rest — is that they are eventful, by which I mean: Things happen. I had been on a streak of reading collections packed with stories that hinged on small misunderstandings, or featured passive characters typing emails to one another and being sad about their inability to express themselves. There is nothing wrong with stories like this, at their best you could say this sort of story is Chekhov 2.0, but at the time I was frustrated with my own writing. In my stories, nothing much seemed to happen; I was lucky if my character was able to, say, move a couch into his bedroom. It was depressing for everyone. 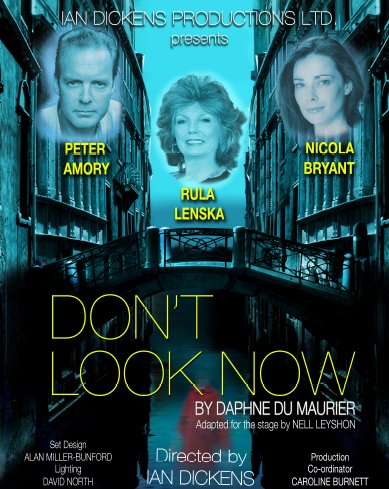 And then: that long day and this book. The stories collected in Don't Look Now feature U-boats and ghost ships; murderers and femme fatales; love on the rocks; episodes of clairvoyance and psychic shock; and, of course, birds attacking humans. "Nothing's been the same since. Nor ever will be," says the narrator of "Kiss Me Again, Stranger" — and that is what you come to these stories for: each features characters who endure the strange and the extreme, and who are forever changed by the events that befall them.

Do some of these stories telegraph their endings? Do a few of them read like genre exercises? Sure, a few of them do. But the first two alone are worth the price of admission. "Don't Look Now" is a strange and intimate masterpiece: a perfect distillation of the confusion and desire that attend grief, which, as the story progresses, adventures forward through the winding streets of Venice with the logic of nightmare. And then there's "The Birds," set on the desolate coast of Cornwall following World War II, which opens with a white cloud of gulls rising and falling in the trough of the seas "like a mighty fleet at anchor, waiting on the tide" — well, you know the story, or think you do. The movie is hammy and corny, but the story — both a precursor to the zombie scenarios so familiar these days and an early herald of the sort of environmental cataclysm we find ourselves on the verge of now — is absolutely terrifying. These stories open the book, and neither, once you turn the first page, lets you go.

All the stories in Don't Look Now are, in their own way, refusals of comfort —they do not end well for the characters — but we, as readers, knew that would be the case going in. This is du Maurier, after all. The pleasure in reading this book lies in being plunged into situations that are so fraught with tension that you begin to look for a release, which, when it does come, is never from the anticipated direction. They are strange stories; they are surprising. "Are you in distress?" comes the hail from a ghost ship in "Escort." The answer, as a reader, is surely: yes. But would you have it any other way?

Posted by Ficciones at Saturday, February 23, 2019