Sharp: The Women Who Made an Art of Having an Opinion by Michelle Dean / Review 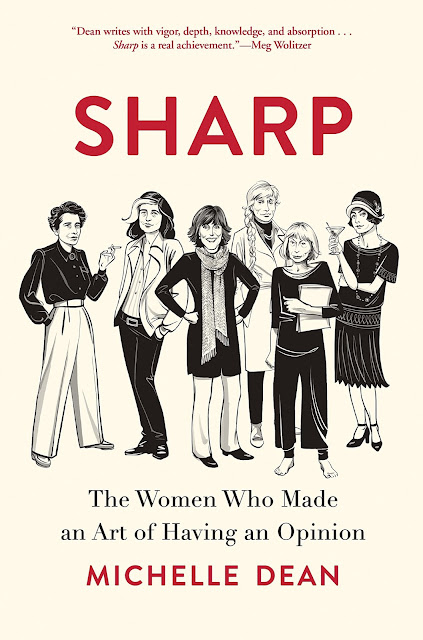 Sharp: The Women Who Made an Art of Having an Opinion by Michelle Dean – review 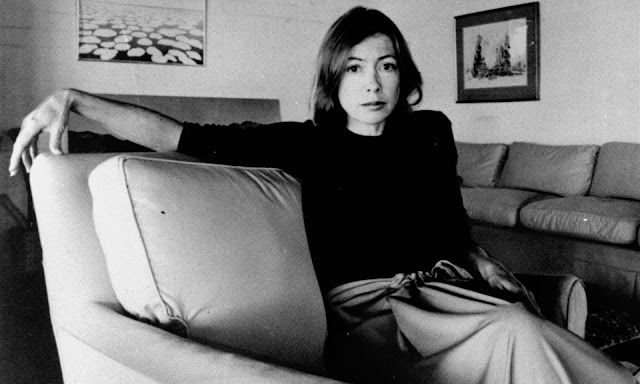 Joan Didion, pictured circa 1977, is among the women chronicled. Photograph: Alamy

n recent years, the group biography has become a spirited mainstay of the publishing landscape: a means both of revisiting and reinterpreting already familiar times, people and places, and of bringing together between hard covers lives that might not be deserving of an individual doorstop. In Sharp, though, Michelle Dean has assembled not so much a group as a small crowd: her book, with its title that brings to mind suddenly puckered lips, has the feeling of a cocktail party at which several people drink too much, nearly everyone talks too loudly, and no one really likes anyone else. Through this gathering, she wanders, ashtray in one hand, dishcloth in the other. Dean relishes her guests’ bad behaviour – you might call her a little starstruck – but only to a degree. As the evening goes on, she will sometimes find herself apologising for them, these women who are so clever and talented, and yet so madly competitive, so stubbornly reluctant to attach the word “feminist” to their neon-bright names.
But we’re running ahead of ourselves; no need to reach for the dustpan and brush just yet. Who are these brilliant, pugnacious visitors? All are writers, the majority American. Most began as journalists, making an art, as Dean’s subtitle has it, of “having an opinion”; some then went on to write acclaimed novels, and other kinds of books. Most of their names are well known: Hannah Arendt, Joan Didion, Nora Ephron, Mary McCarthy, Dorothy Parker, Susan Sontag, Rebecca West. Others, at least for British readers, may be less familiar: Janet Malcolm, whose singular, often controversial interviews appeared in the New Yorker; Pauline Kael, once the same magazine’s acerbic film critic; Renata Adler, the reporter whose home was also there until she put the literary equivalent of a bomb under her career. Dean gives each one about the same amount of attention, although it’s clear that she enjoys the company of some more than others. The playwright Lillian Hellman and the novelist and anthropologist Zora Neale Hurston, however, she collides with so fleetingly, they appear before the reader like gatecrashers or, more likely, additions to the guest list so embarrassingly last minute she can hardly bear to do much more than pour them their first sidecar.


A book is for any woman who has ever silenced a dinner table by being just a little too quick, too knowing, too mocking

What unites them, besides their trade and their talent? Dean talks, in her preface, of their remarkable achievements in a world that “was not eager to hear women’s opinions about anything”; of the way they roundly defied expectations. But there’s also the adjective of her title: sharp. People did not always respond favourably to the “sting” of their words. What would have seemed daring and deeply smart coming from a man appeared only haughty, inappropriate and unkind when served up by a woman. Such taking of offence is, of course, somewhat odd when you think about it, because their other problem of perception had to do with gravity. How, after all, was anyone (for which read: any man) supposed to take them seriously? Some (Ephron, Parker) were in the business of jokes; others wrote about sex and marriage (Ephron again, McCarthy). Malcolm was into (how very dubious) psychoanalysis. Didion, in her tiny dresses, her wrists like clay pipes, was just so much surface and “swank”. Dean, a journalist herself, sympathises with all this; her book – though these are my words, not hers – is for any woman who has ever silenced a dinner table by being just a little too quick, too knowing, too mocking. Am I allowed to say that I have more than once done just that? Maybe I am.

Another thing her subjects have in common is that they tend not to go in for false modesty or, indeed, modesty of any kind. “I hear you’re the new me,” McCarthy is supposed to have said to Sontag at a party in the late 60s. For all of these women, “me” really was a thing worth being.


It’s only possible here to give you the merest glimpse of these creatures: their valour, their victories. I can never get enough of Rebecca West, who saw, early on, her fellow critics for exactly what they were (“There is now no criticism in England. There is merely a chorus of weak cheers, a piping note of appreciation… a mild kindliness that neither heats to enthusiasm nor reverses to anger”). Her struggle to hide her emotional anxieties behind her intellectual confidence always moves me. McCarthy strikes me again and again as someone whose supposedly difficult nature is just another part of her great appeal. Her impertinence, if that’s the word, on the page – “There are but two qualities [these books] share, and the first is a splendid, sickening mediocrity” – makes me feel slightly giddy, even now. And her long, collaborative friendship with the far more serious Arendt speaks volumes. Ephron, author of what is surely one of the most splendid books about the end of a marriage ever written, is as cheering as new shoes, although she’ll be with you far longer. From Malcolm, we learn once more that if you keep quiet and let a certain kind of man talk on long enough, he’ll quietly hand you the rope, and likely tie the knot to boot. “Writers are always selling somebody out,” said Didion famously, a line I would like to have printed on a T-shirt.
Dean’s book is far from perfect. She skims where she should dive; her tone is unvarying, with the somewhat dispiriting result that her essays are considerably less distinctive than the women they portray. (If you really want to read about Sontag over a short distance, I would refer you instead to Terry Castle’s brilliant essay about her, collected in The Professor and Other Writings.) Above all, I’m resistant to the way she struggles with what she clearly regards as her subjects’ disappointing attitude to feminism. It’s not only, as she notes herself, a question of historical context. Like so many others right now, she seems to have forgotten that, even five years ago, you would have been hard pressed to get many, if not most, women in the public eye to call themselves feminists. Nevertheless, this is a great and worthy project: a primer for those for whom these names are new; a sustaining reminder for those already familiar with them. You put it down feeling steadier, more determined. Sharp women everywhere, I tell you: be pointy and proud.
• Sharp: The Women Who Made an Art of Having an Opinion by Michelle Dean is published by Fleet (£20).