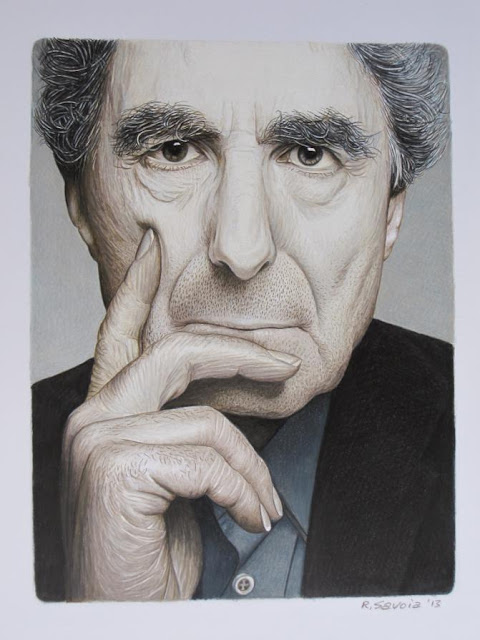 
Chronicler of American politics, Jewishness and male sexual desire was widely regarded as one of greatest novelists of the 20th century 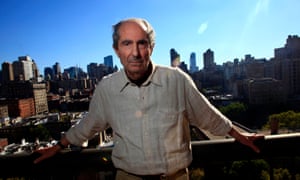 ‘The audience I’m writing for is me’ … Philip Roth, who has died aged 85. Photograph: Eric Thayer/Reuters


The novelist Philip Roth, who explored America through the contradictions of his own character for more than six decades, died on Tuesday aged 85.
Roth’s career began in notoriety and ended in authority, as he grappled with questions of identity, authorship, morality and mortality in a series of novels that shaped the course of American letters in the second half of the 20th century. He refracted the complexities of his Jewish-American heritage in works such as Portnoy’s Complaint, American Pastoral, The Human Stain and The Plot Against America, which garnered both critical and commercial success, garlanding their creator with a dazzling succession of literary prizes.


Roth’s death was confirmed by his literary agent, Andrew Wylie, who said the author died on Tuesday night of congestive heart failure. His biographer, Blake Bailey, said on Twitter that Roth died surrounded by friends.


Roth found success and controversy in equal measure with his first collection of short stories, Goodbye Columbus, published in 1959. In it, he followed the fortunes of middle-class Jewish Americans caught between the old ways and the new, negotiating the boundaries between assimilation and differentiation in suburbia. It was enough to win him a National Book Award, and to unleash a stream of condemnation from those who labelled him antisemitic, a “self-hating Jew”.
The publication of Portnoy’s Complaint in 1969 transformed him from enterprising young author to scandalous celebrity. An immediate bestseller, the wildly comic monologue charts the life of Alexander Portnoy as he pursues sexual release through ever more extreme erotic acts, held back only by the iron grip of his Jewish American upbringing. For some, the temptation to take this confessional novel as a novelised confession proved too great. Writing Portnoy was easy, he told the Guardian in 2004 – but he “also became the author of Portnoy’s Complaint and what I faced publicly was the trivialisation of everything”.


His response to what his editor Aaron Ascher called “the nightmare of a smash hit” was to retreat into literary fiction, exploring the possibilities of the novel in books such as political satire Our Gang, and the Kafkaesque sexual fable, The Breast. Between 1972 and 1977, he travelled regularly to Czechoslovakia, making friends with blacklisted writers such as Milan Kundera and Vaclav Havel, and confronting the difference between what he called the “private ludicracy” of being a writer in the US and the “harsh ludicrousness of being a writer in eastern Europe” behind the Iron Curtain. He met the English actor Claire Bloom in 1975, and as she became almost a muse for Roth, he began to divide his time between London and New York.
Through alter egos Nathan Zuckerman and David Kepesh, Roth began to examine the connection between an author and his work, with Zuckerman, who first appeared in My Life as a Man, gradually becoming the author’s closest avatar. Born in the same year as Roth, to a Jewish couple living in New Jersey, the unforgiving, goatish Zuckerman also found notoriety with a feverish monologue recounting the energetic sex life of a Jewish American man. Through Zuckerman, Roth grappled with the problems of fame, literature and his Jewish identity in a sequence of five novels, from 1979’s The Ghost Writer to 1986’s The Counterlife, which bound the life of his fictional creation ever closer to that of his creator.

Roth treated critics who struggled to locate the boundary between life and fiction in his work with disdain, intoning “it’s all me ... nothing is me”. He rejected the description of his characters as alter egos, maintaining that “none of those things happened to me ... it’s imaginary”. The characterisation of his work as “autobiographical” or “confessional” he took almost as an insult to his abilities as a writer, suggesting to the French writer Alain Finkielkraut that to do so was “not only to falsify their suppositional nature but … to slight whatever artfulness leads some readers to think that they must be autobiographical”. For Roth, the acting out of a role was the fun part of a life spent constructing what he called a “half-imaginary existence out of the actual drama of my life”.


1990 marked the beginning of a new phase both in Roth’s fiction and his life, with his marriage to Bloom and the publication of Deception, a novel about a married writer called “Philip Roth” who conducts an affair with an Englishwoman. This provoked a crisis with Bloom, who declared in a memoir published in 1996 that she “no longer gave a damn whether these girlfriends were erotic fantasies”, and sent Roth into a depression. The couple were divorced four years later, and Roth retreated to pursue an ascetic existence away from the distractions of fame in a Connecticut farmhouse.
Working at a lectern in a summer house at the top of the garden, pacing backwards and forwards in search of the right phrase or word, Roth forged a series of powerful novels that confirmed his status as a titan of modern American literature. After winning the National Book Award for the second time in 1995 with Sabbath’s Theatre – a dirty old man’s outburst of rage in the face of death – Roth turned his gaze outwards, taking on the revolt against the Vietnam war with 1997’s Pulitzer prize-winning American Pastoral, McCarthyism in 1998’s I Married a Communist, the US culture wars in 2000’s The Human Stain, and fascism in 2004’s The Plot Against America. In each, Roth subjected his characters to the pressure of events, examining the effects of what he called the “historical fire at the centre and how the smoke from that fire reaches into your house”.

Some critics were disappointed with this pre-emptive strike on future biographers, a return to what Adam Mars-Jones called Roth’s “narcissistic game-playing” of the 1970s – but Roth was unconcerned. “The audience I’m writing for is me,” he said in 2008, “and I’m so busy trying to figure the damn thing out, and having so much trouble, that the last thing I think of is: ‘What is X, Y or Z going to be thinking of it?’”
After the publication of his final novel – Nemesis, a 2010 exploration of God and guilt – Roth’s internal audience moved on. A year after he was presented with a National Humanities Medal by US president Barack Obama for his contribution to American letters, Roth announced in 2012 that Nemesis would be his last novel. He would enjoy a retirement spent swimming, watching baseball and reading, which he said had “taken the place of writing, and constitutes the major part, the stimulus, of my thinking life”.

In an interview conducted by email with the New York Times in January, Roth approached his encroaching mortality with a cheerful spirit, describing ageing as “easing ever deeper daily into the redoubtable Valley of the Shadow”.
“I’m very pleased that I’m still alive. Moreover, when this happens, as it has, week after week and month after month since I began drawing Social Security, it produces the illusion that this thing is just never going to end, though of course I know that it can stop on a dime. It’s something like playing a game, day in and day out, a high-stakes game that for now, even against the odds, I just keep winning,” he wrote. “We will see how long my luck holds out.”

Philip Roth / The Art of Fiction
Philip Roth / 'To tell you the truth, I'm done'
Philip Roth at 80 / The novelist of desire
Contemporary american novels you should read right now
Philip Roth / A Writer and His Books
Philip Roth and his friends / The Book of Laughter
Tim Parks / To Tell and Not To Tell
Claire Bloom / 'There's more to life than men'
Bye-bye ... Philip Roth talks of fame, sex and growing old in last interview
The 100 best novels / No 86 / Portnoy’s Complaint by Philip Roth (1969)
Philip Roth / Portnoy's Complaint and American Pastoral author dies at 85