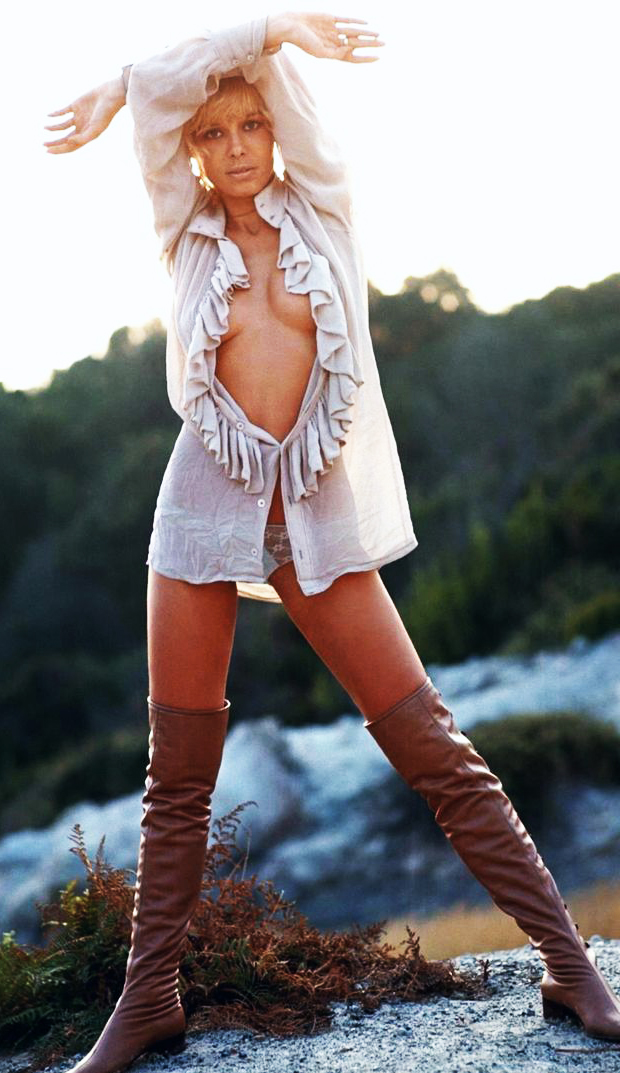 The King’s Road’s  bohemian days were long gone when I moved to a basement flat in the area in 2004. Once a byword for the swinging Sixties, it was lined with high street chains, and McDonald’s had taken up position in the iconic Drugstore, which made it into a song by the Rolling Stones. Even the Sloane Rangers with their pearls and cords were a dying breed, finding life cheaper and more fun in Fulham.

However, all was not lost. In my slightly jaded apartment block by the river lived the original cool IT girl. Anita Pallenberg, the actress, model and Rolling Stones muse, who died last week aged 73, strode in and out of our front door, cigarette in hand and a roguish grin on her face. Here standing before me was a relic of time I’d missed out on. A time when the girls wore Mary Quant mini skirts and had the same haircut as their boyfriends.


Pallenberg was an ageing rock chick in an area which she must have hardly recognised. By then she’d had two hip replacements and walked with a stick. But her company was still in high demand. Such was the volume of post in her pigeon hole that the pile of stiff invitations and parcels habitually toppled over on to the floor.


Anita and I passed like ships for the first few months – what does someone in their early twenties say to the “sixth Rolling Stone”? – but fate eventually drew us together when she banged on my door early one morning and informed me, her voice gravelly, German-sounding, that our bikes had been stolen from the railings outside the building.
She was angrier than I was, but, to be fair, her bike was much more beautiful than mine, Dutch-style with an enormous wicker basket. “The b-------astards,” she growled, irately punching numbers into her mobile phone. When an almost identical bike arrived in the lobby the following day, I wondered if the Rolling Stones had set their former muse up with some kind of emergency hotline.


Pallenberg’s closest friends have admitted to being slightly afraid of her, but this was the only time I ever saw her lose her cool. She would chain  smoke her way through our residents’ association meetings, a warm, benign presence with a deep, throaty laugh who agreed, sympathised and conspired as was required, nursed a glass of wine and never touched the canapés.
She used her fluent French – Anita spoke five languages – to placate our chignoned French neighbour who was secretary of the building and, a stickler for good housekeeping, and she charmed the accountant with her twinkling eyes. Gavanndra Hodge from Tatler defines her type as irreverent, swaggering and inclined accidentally to break your favourite ornament. – Pallenberg was all of this. Rumour has it that the flat was given to her by the Stones. I have no idea if this is true, or if she kept a stash of Stones’ guitars in the vaults below the building (another rumour). But neither are out of the question given that Pallenberg is mother to two of Keith Richards’ children, Marlon, and Angela.
Whatever anyone says about her past addictions and fads – in the Seventies she used heroin and became obsessed with black magic – Pallenberg lived for her family. When she was away, which she so often was, it was usually to spend time with her children and five grandchildren, often on an island somewhere hot.


When one evening she invited my brother and I into her oak-panelled drawing room for a nightcap, we couldn’t help but notice the bigger-than-poster-sized framed photograph of one of her grandsons on the wall. He must have been two or three years old and he was taking a pee.
I expect it was taken by a famous photographer, a work of art, but we couldn’t help smiling about it to each other as she poured us generous glasses of white wine that definitely did not come from the Tesco Express. It was so ungrannyish. She wanted to know about our lives but hers was infinitely much more interesting. We stayed late but she would have stayed up later. Now I regret not asking her more questions – so much of her life has died with her as she pointedly never wrote a memoir.
Her roomy lateral flat filled with bizarre objects told its own story – a testament to the rock star life she had lived. Despite her limp, Pallenberg never sat still. She was a doer, who kept herself busy with her numerous friends and pursuits. I’m not surprised that she embarked on a fashion degree in the Nineties. She was also a keen botanical artist and a couple of afternoons a week she’d cycle to her allotment in Chiswick, which she tended with a friend. “You must come and see it,” she always pleaded.


Our neighbourly friendship ended seven years ago when I got married and moved out of the area to live somewhere above ground, larger than a handkerchief. Since then, the French lady has moved away, as has the estate agent who lived in the penthouse and the American woman who owned the ground floor flat and looked like Dolly Parton.
Today, I notice that the front door is shinier, the windows are whiter, there’s a new roof. Other iconic neighbours have gone too; the artist Julian Barrow, died in 2013, society girl Tara Palmer-Tomkinson died earlier this year. There used to be a gentleman who’d hit you with his umbrella – he once knocked me off my bike – and another who walked around covered in safety pins. I suspect they’ve moved on too. In the same way the Six Bells Pub, Henry J Beans in my day, is now the Ivy and and that the dingy pubs, popular with under- aged public school drinkers, are now frequented by the cast of Made in Chelsea.
It’s not inconceivable that the likes of Pallenberg would actually quite liked this new iteration. After all girls like here were all about moving with the times.
TELEGRAPH