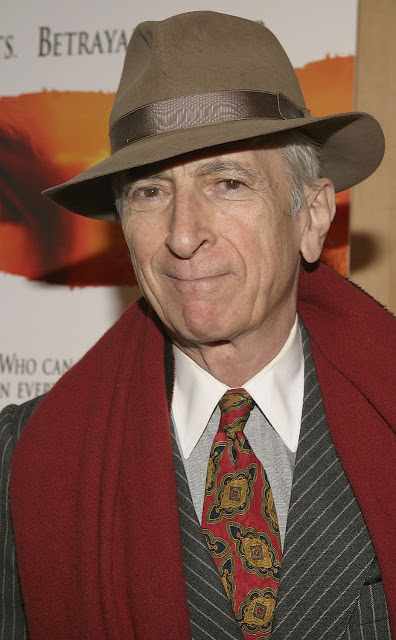 
In his forthcoming book, “The Voyeur’s Motel,” acclaimed journalist and nonfiction author Gay Talese chronicles the bizarre story of Gerald Foos, who allegedly spied on guests at his Colorado motel from the late 1960s to the mid-1990s.
But Talese overlooked a key fact in his book: Foos sold the motel, located in Aurora, Colo., in 1980 and didn’t reacquire it until eight years later, according to local property records. His absence from the motel raises doubt about some of the things Foos told Talese he saw — enough that the author himself now has deep reservations about the truth of some material he presents.
“I should not have believed a word he said,” the 84-year-old author said after The Washington Post informed him of property records that showed Foos did not own the motel from 1980 to 1988.
“I’m not going to promote this book,” the writer said. “How dare I promote it when its credibility is down the toilet?”
The book, which will be published July 12, was excerpted in the New Yorker magazine in April. The story attracted widespread media attention and led producer-director Steven Spielberg to buy the movie rights to the book. Spielberg has lined up Sam Mendes, who won an Academy Award for directing “American Beauty,” to create a film of Talese’s and Foos’s story.

Talese has long been hailed as a master of the New Journalism, a form that emerged in the 1960s marrying shoe-leather reporting with the techniques of fiction writing. His 14 books include “Thy Neighbor’s Wife,” a chronicle of the sexual revolution of the 1970s, and “The Kingdom and the Power,” an inside look at the New York Times. He is the author of one of the classic magazine profiles of the 20th century, “Frank Sinatra Has a Cold.”
“The Voyeur’s Motel” is largely based on journals kept by Foos, now 82, who built a hidden walkway above some of the rooms at his motel, the Manor House, in suburban Denver. The journals describe a variety of intimate encounters among his guests, who were unaware that Foos was watching them from above through specially fitted louvered vents.

While the vast majority of events described in the book occurred in the 1970s, Talese does refer to incidents that allegedly occurred in the 1980s. Talese writes, for example, that Foos’s second wife “sometimes joined him in the attic” to watch guests during the mid-1980s. But Foos didn’t own the motel then and said he had quit his Peeping Tom ways by the time he took the motel back in 1988.
Talese does note in “The Voyeur’s Motel” that he found discrepancies in Foos’s accounts. Foos’s earliest journal entries, for example, were dated 1966. But the author subsequently learned from county property records that Foos didn’t buy the Manor House Motel until 1969 — three years after he said he started watching his guests from the catwalk. “I cannot vouch for every detail that he recounts in his manuscript,” Talese writes in the book.
But property records also show a series of sales and purchases of the motel from 1980 to 1988, none of which Talese said he knew about. In a series of interviews, he expressed surprise, disappointment and anger to learn about the transactions. He said he had not been aware of them until a reporter asked him about it on Wednesday.
“The source of my book, Gerald Foos, is certifiably unreliable,” Talese said. “He’s a dishonorable man, totally dishonorable. . . . I know that. . . . I did the best I could on this book, but maybe it wasn’t good enough.”
Foos vouches for his own veracity. “I can swear to this, and I can say this unequivocally and without recourse, that I have never purposely told a lie,” he said. “Everything I said in that book is the truth.”

Some of the book’s timeline of events has already been called into question, particularly an incident that Foos said he witnessed at the motel in 1977. While secreted in the attic, he said he saw a man strangle a woman to death in the room below. He said he later reported this to police, without revealing he was an eyewitness. But Talese was unable to find any official documentation of this crime, and in the book and New Yorker excerpt, he dismisses this discrepancy as a record-keeping error by authorities.
The book makes only fleeting reference to a murder that did occur at the Manor House: the unsolved 1984 homicide of a man named James Craig Broughman, apparently by an intruder.

The various sales of the motel in the 1980s came to light in April after media organizations, including The Post, asked about the 1984 murder and other police records on the Manor House. An Aurora homicide detective, Stephen W. Conner, conducted the property record search and found that Foos and his wife Donna sold the Manor House in October 1980 to Earl and Pamela Ballard, a local couple Gerald Foos knew. The Ballards, in turn, sold it in 1983 to Kyong C. LeFebre.
Foos and his second wife re-acquired it from LeFebre in July 1988. The Fooses then sold it for the last time in 1995, the records indicate. Foos confirmed the general sequence of events in an interview with The Post.
Conner, who spoke briefly with Foos in April, told The Post that Foos didn’t have access to the Manor House in 1984 because he no longer owned it. “I have no doubt that Mr. Foos may have been involved in some nefarious activity while he owned the Manor House. I just do not think it arose to the magnitude described by Mr. Talese,” the detective said in an email to The Post.
Talese said it was his understanding that Foos and his family lived in the motel even after he sold it “to a Korean family” (in fact, the initial buyer, the Ballards, are not Korean), and after it was sold a second time to LeFebre. “He lived in the goddamn place,” Talese said at one point.
In fact, he did not, according to both Ballard and Foos. Still, Foos said in an interview that he had access to the annex, which he called his “sexual researcher’s station,” during the three years the Ballards owned the place.
Ballard disputes this. After buying the motel in 1980, Ballard said he locked the annex and closed off the ceiling vents that Foos had installed to facilitate his voyeurism.
Ballard, who knew Foos for years before buying the motel, confirmed that Foos had spied on guests for many years in the 1970s. “He was pretty open about that,” Ballard said. “At least he was to me.”
During the 1970s, Ballard said, Foos sometimes invited Ballard as well as another man to join him in the annex to look in on guests. Ballard said he went multiple times but added: “I never liked Gerald. He certainly was a pervert.”

For his part, Foos called Ballard “as big a voyeur as I was.”
Foos said he was locked out of the motel altogether when LeFebre took over ownership of the motel from Ballard in 1984. At that point, he said, “I decided to get out of the voyeurism business.”
Foos said he accepted a promissory note from Ballard when he sold the motel to him and Ballard passed it on to LeFebre. Foos reacquired the motel in 1988 by forgiving the note.
He said he never mentioned any of these property transactions to Talese while he was researching the book because “I didn’t think it would be interesting to people to see two voyeurs fighting over the same turf.”
Talese visited Foos at the Manor House just once, for three days in 1980, apparently a few months before the motel was sold to the Ballards.
“The Voyeur’s Motel” makes no reference to the motel’s ownership until Foos tells him in a letter in late 1996 that he sold the lodging in August of that year to “Korean-born residents of Denver.” This appears to be in error, too: County records indicate that the Fooses actually sold the motel in August of 1995 to a man named Bruno G. Previtali.
Talese said he relied on Foos to describe a remarkable coincidence: That Foos’s son, Mark, rented the same apartment later occupied by James Holmes, the gunman who killed 12 people in an Aurora movie theater in 2012.

He writes: “Bizarrely, [Foos] told me that he had once been inside the gunman’s apartment: Foos’ son had been an earlier tenant. ‘After I moved my son to another neighborhood,’ he said, ‘this guy apparently replaced him, although we don’t ever recall running into this guy whose picture is now all over the news.’ ”
According to the Nexis database and police records, Holmes and Mark Foos lived in Aurora at approximately the same time but occupied different buildings. Thus, Holmes couldn’t “replace” Mark Foos, nor could Foos’s son be “an earlier tenant.”
Morgan Entrekin, chief executive of Talese’s publisher, Grove/Atlantic books, said the majority of events described in “The Voyeur’s Motel” occurred before Foos sold the motel in 1980. But he said the company would consider appending an author’s note or footnotes in subsequent printings to account for errors or missing information.

New Yorker editor David Remnick said he hadn’t had time to review the magazine’s vetting of the excerpt it published in April but would look into it.
Julie Tate contributed to this report.