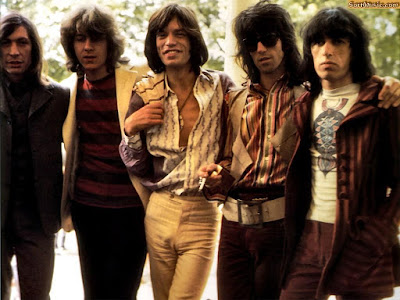 President Obama to visit the island four days before, as relations with US continue to thaw

The Rolling Stones will be providing the soundtrack for Cuba’s historic political and cultural liberalization. For years, the communist regime prohibited the sale of the band’s records, considering its music a symbol of capitalism. But now the Raúl Castro administration has opened the door to the greatest rock‘n’roll band in the world. The Rolling Stones will perform on the Caribbean island for the first time on March 25.

“We have performed in many special places during our long career but this show in Havana is going to be a landmark event for us, and, we hope, for all our friends in Cuba too,” the band said in a statement published on its website.
Natacha García, communications director for Cuba’s National Institute of Music, says the Ministry of Culture had to move the concert from March 19 to March 25 because of another historic visit. United States President Barack Obama will make an official trip to Havana on March 21. American and Cuban players are expected to play a baseball game at Estadio Iberoamericano to celebrate the event.
There have been rumors about this concert since Mick Jagger visited the island a year ago. Michel Hernández, a rock music journalist, wrote about Jagger’s visit in the state newspaper,Granma. Hernández says “there have been a million phases” and “a year of negotiations” before both sides could agree on an event that has “never been seen in Cuba before.” “Jagger had a good time here,” Hernández continued. “He went to private clubs and danced with people. He even played with the band Interactivo. Waiters said he drank Cristal beers and liked the vibe.”
In a telephone interview, García tells EL PAÍS that this is the first time she had heard about The Rolling Stones’ announcement. The group’s manager contacted the Cuban government, García says, but the ball started rolling when Darryl Jones and Bernard Fowler – both musicians who play for the Stones – came to Cuba with their band The Dead Daisies. “They expressed their desire to come back with the Rolling Stones and to act as mediators. They thought it was a great idea.”
British ambassador Timothy Cole was another key person in the negotiations. Jagger visited him while he was in Cuba. And National Music Institute President Orlando Vistel met several times with the band’s promotional team.
The event will be free for all Cubans and cost foreigners “a few pesos”, Hernández says. “They want it to be a gift to the people.” But the journalist says he doubts Ciudad Deportiva, “a classic stadium like Maracaná,” can accommodate all those who want to attend. “There are Cubans from Germany, Ireland, Spain and many other countries who already want to come.” This “free concert” could become one of the largest in history. In 2006, more than 1.3 million people gathered to hear the Stones play at Copacabana Beach in Rio de Janeiro.


“This is an act of reparation for a historic injustice against The Beatles and the Stones,” says writer Leonardo Padura in a telephone interview. Listening to these groups could lead to arrest, charges of hostility to the regime, and prison time for liking “the rhythms of capitalism.” “My generation listened to them in hiding. They sometimes came on the radio, [...] and they were not shown on TV. If someone had told me when I was a teenager that this British band could one day play in my country, I would have said he had an incurable mental illness,” Padura says.
“The organizers themselves did not realize the symbolism of the event,” Hernández says. “We will catch up with the rest of the world,” writer Wendy Guerra adds. “This concert is about two things: the end of music politics and a break from official aesthetics. For years, you could not imitate their style; you’d get arrested. I will go for my mother who worked in a radio station. I am not really into rock but it’s a political attitude. Of triumph.”


Vanito Brown, a Cuban singer who started out with the rock band Lucha Armada and later created the group Habana Abierta, is happy. “Better late than never,” he says. Brown moved to Spain in 1995 and lived there for 18 years before setting up in Miami. “The visit is especially meaningful because of how they treated rock in Cuba. I found The Rolling Stones when they were still banned, when they arrested you for listening to the music of the enemy. Many people have been convicted for that reason. They are the pillar of rock and modernity.”
Speaking from Havana, the artist Diana Fonseca says: “This concert is a big shock. The elite did listen to their records. In a few days, Obama and Mick Jagger will walk around our city. It’s incredible.”
The Stones began a Latin American tour in Chile on February 3. The group will play at Ciudad Deportiva in Havana on March 25.
EL PAÍS