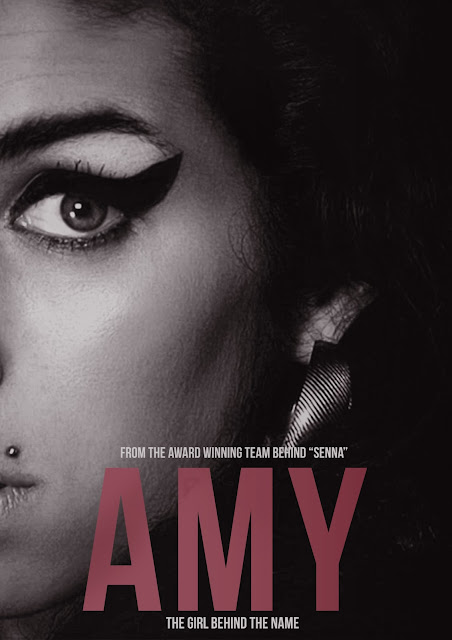 
It would be easy to spin the Amy Winehouse story as that of a ruined starlet, but this documentary gives us a more interesting one – of a woman who reacted to extreme pressure by trying to vanish


We may never be done with Amy Winehouse. A tabloid titbit in life has become a broadsheet thinkpiece in death. This is thanks, in part, to Asif Kapadia’s thoughtful and moving documentary about the late jazz singer.
Winehouse died of alcohol poisoning aged 27 after a short, chaotic career. She was a singer and songwriter whose reaction to fame – drugs, alcohol, a disastrous and passionate love affair with her husband, Blake Fielder-Civil – became a popular fascination. She was also simultaneously a deep talent and a cheap gag; someone it was OK to ridicule because her calamity was so outsized it appeared ridiculous.
Kapadia’s documentary follows this line. It makes a monument of the Winehouse tragedy by introducing us, through home videos, to the singer before she became famous: loud-mouthed and often hilarious, it’s easy to feel kinship with early years Amy. As with his previous film, Senna, Kapadia leaves out the talking heads and opts instead for simple voiceover, recorded in the dark, using her friends and family’s voices to build a story of her rise and fall.

Watching Amy is both moving and appalling. The testimonies inevitably contradict each other as the singer’s problems intensify and we get closer to her death. But Kapadia’s film is remarkable because it doesn’t duck the issue of culpability. Amy’s dad, her husband and her management do not come out well. Her father, Mitch, is presented as absent in Amy’s early years, blundering – if lovingly so – on his return. A clip from the 2010 Channel 4 documentary My Daughter Amy shows Mitch bring a camera crew to St Lucia, where his daughter was attempting – again – to back away from drugs. The hurt on her face as her dad walks up, crew in tow, is palpable. Mitch claims she knew he would be filming, but the bigger question is why make a documentary like My Daughter Amy at all? Mitch and the Winehouse family have since said Kapadia’s film is “misleading and contains some basic untruths”. (He is planning his own film, to “correct omissions”.)


It’s a tricky line to walk: Kapadia must have been tempted to follow the drama. Amy’s childhood friends – the people who lost her and can’t have known what famous, addicted Amy was like – are given free rein with the story. Key characters in her later life, like her partner Reg Traviss (who has called the film “orchestrated spin”), are held back. But Kapadia’s film is only as imperfect as any documentary: the film-maker always needs to decide who they believe more.
It’s too easy to spin a version of the Winehouse story that presents her as ruined starlet: a bubbly regular girl with an extraordinary talent who was destroyed by fame. The canonisation starts there. Less tidy and more interesting is what Kapadia gives us: the story of a woman who reacted to extreme pressure by trying to vanish. And of those closest to her, who didn’t realise how much she wanted to be left alone.