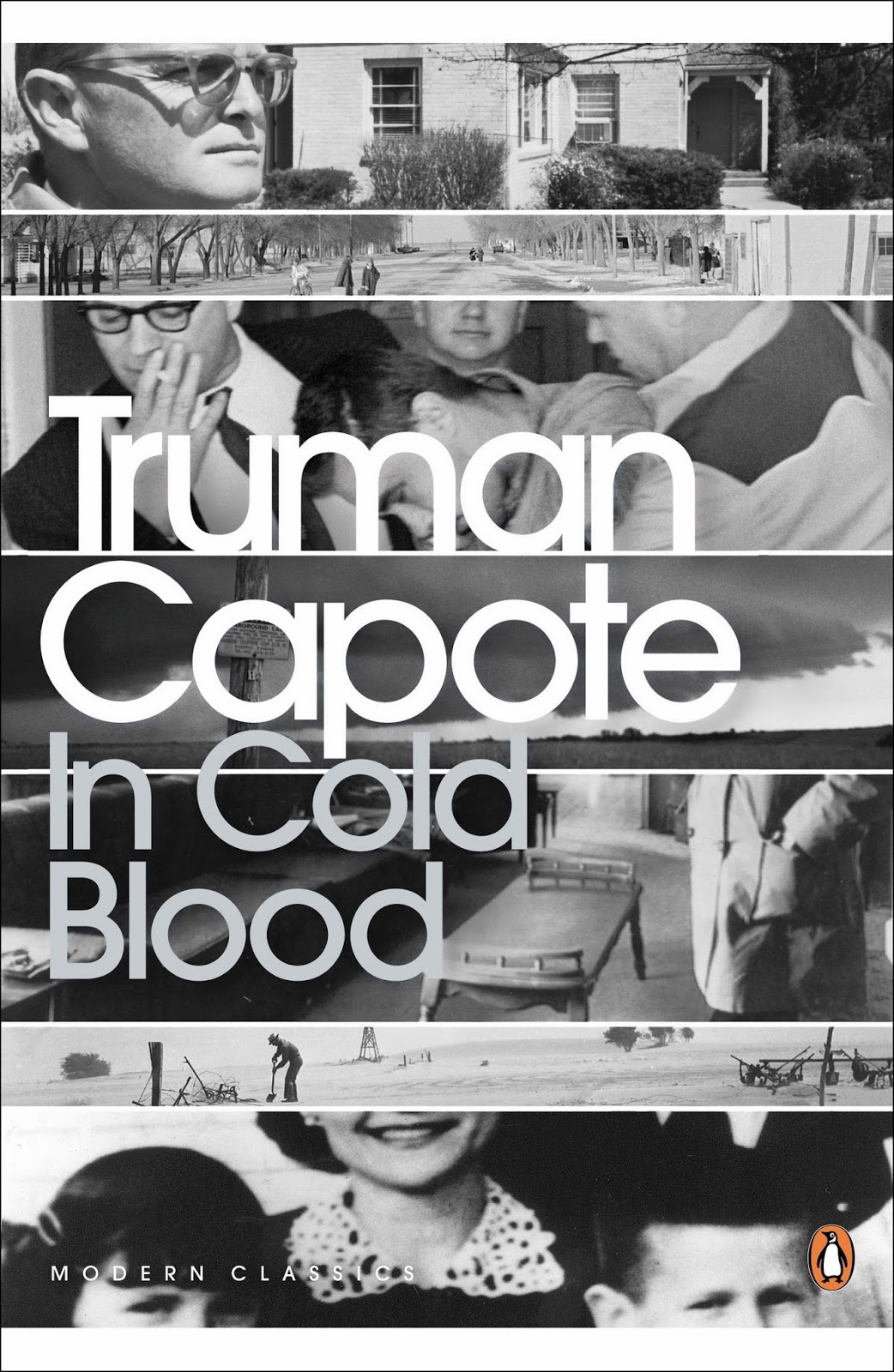 The true crime genre has a bad reputation, often providing pulp with tabloid appeal, but there are some stone-cold classics 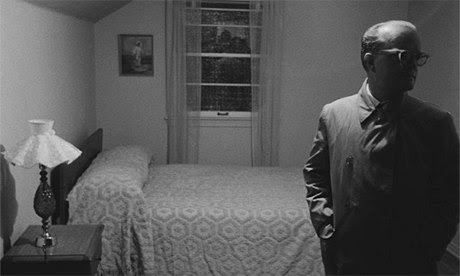 On the scene … Truman Capote in 1967 in the Clutter house, where the murders described in In Cold Blood took place. Photograph: Steve Schapiro/Corbis
The most prolific serial killer in American history refused to speak with anybody. Then he started talking to me. Eight years later, the result is The Good Nurse, a book which, as a work of non-fiction with murder involved, is shelved in the genre of true crime. Which isn't, strictly speaking, a compliment.
You'll find no section in your bookseller for true history, or true memoir or true politics (though perhaps you should). Only crime gets treated like a criminal. It's as if the unethical subject matter has rubbed off on the writer and the writing.
Some of that reputation is deserved. Many "true crime" offerings are pulpy quickies with a tabloid heart and tabloid brains – human tragedy served as porno McNuggets. (Actually, that description fails. I'd like porno McNuggets, they sound yummy. But these books turn out the opposite – stale and flat as cardboard, and, frankly, "untrue".)
Happily, hidden among this genre are a heap of fulfilling standouts. The term given to books like these is "literary true crime". It's the triple-modified backhanded compliment and the term still seems a bit overwrought. Try introducing your lover as a "lovely, devout and a reformed prostitute" and you'll understand.
Whatever the genre title, this section marks the sweetspot of highbrow and low, truth and art, and among the thugs of the genre you'll find master craftspeople holding dirt but wielding the same literary toolkit available to the investigative journalist, the novelist and the poet, creating dirty and deep page-turners with the pacing of a thriller and a setting in the dirtiest of all worlds: the real one.
Narrowing them down to a "top 10" is impossible, but here are some of the best.

1. Under the Banner of Heaven: A Story of Violent Faith, by Jon Krakauer

Krakauer is a master journalist and a storyteller who is unfettered by and unafraid of the true crime mantle. Here, he transcends the genre with a story of Mormon brothers Ron and Dan Lafferty, who insisted God gave them commands (commandments?) to kill. Krakauer pries open the golden doors to one of the newest and fastest-growing religions to set the stage for the non-fiction drama.

2. All the President's Men, by Carl Bernstein and Bob Woodward

Is it too much to ask that a book not only provide a riveting read, but also inform a nation, and change the world? Answer: no. This one took down a presidency. The details are fascinating to journalists and normal people alike, the pacing is surprisingly engaging, and the result is a gumshoe news procedural with a rather happy ending, and a true crime book which became true history.

Like most folk, I thought I knew what happened during the Columbine, Colorado "trenchcoat mafia" school shooting in on 20 April, 1999. Dave Cullen proved me wrong. He spent a decade pulling out fresh sources and details about the lives of teen murderers Eric Harris and Dylan Klebold, then artfully pieced them into a ticking narrative which culminates in a moment-by-moment account of the massacre itself. You'll be ducking under your desk as you read.

4. Blood and Money, by Thomas Thompson

Noir classics such as The Thin Man or The Maltese Falcon are famous partly for the menagerie of bizarre and desperate characters encountered along the way to solving a crime. Investigative journalist and author Thompson finds the same in real-life Texas, as he digs into the 1969 murder of an oil heiress and Houston socialite. Truth here is far stranger than fiction.

5. The Executioner's Song, by Norman Mailer

A literary epic about real crime. In terms of scope and ambition and ego, not to mention length, it's hard to top Mailer's doorstopper about the life, crimes and execution of a Utah murderous drifter named Gary Gilmore. But who cares about the dirtbag - the meat of this book comes from Mailer's partnership with a Hollywood player, which gave him access to the meta-story, as agents and middlemen shamelessly jockey to secure rights to Gilmore's story and execution. It's too good, if too long, and hey, it won the Pulitzer.

6. The Stranger Beside Me: Ted Bundy, the Shocking Inside Story, by Anne Rule

Before Rule became one of the best known American true crime writers, she had a day job working side by side at a suicide hotline centre with Ted Bundy – who she knew as a handsome, charismatic friend, and who the world would later know as a brutal serial killer. Unsettling and personal stuff.

7. Homicide: a year on the Killing Streets, by David Simon

Simon took a hiatus from his job as a Baltimore newspaper reporter to embed with homicide detectives in one of the most dangerous cities in the US, and then a few more to masterfully weave the stories together from all sides – players and the played, cops and baddies and innocents. Aside from providing grist for anyone attempting to understand the hard truths of life in an American warzone, this one of the most readable books here, particularly if you've ever lost a month bingeing on The Wire – a series based largely on this book.

8. Helter Skelter: The True Story of the Manson Murders, by Vincent Bugliosi with Curt Gentry

You can't deny the all-time bestseller of the genre, or the detail-driven dive into the world of Charles Manson and his addled cult known as "the family", written by a prosecutor of the Tate-LaBianca murders with access to all the grim details, partnered with a solid historical writer in Gentry.

9. In Cold Blood, by Truman Capote

This classic cannot be denied, even if sullied by recent questions about Capote's liberties with the facts and his poor treatment of his former friend and researcher, Harper Lee. Capote revelled in shattering notions of what a crime book could be, and the first to raise it to the novelistic level. His dissection of a 1959 home invasion and murder in rural Kansas is as much a drill down on disparate lives and family secrets as it is of the brutal crime itself, and his exclusive access to one of the young murderers is both sympathetic and damning.

10. People Who Eat Darkness: the Fate of Lucie Blackman, by Richard Lloyd Parry

A recent read, and a favourite. In April of 2000, Lucie Blackman was a blonde 21-year-old from Kent who suddenly disappeared into an unmarked door within the labyrinth of Tokyo's "hostess" bar culture. Parry is an award-winning UK foreign correspondent who spent an obsessed decade down the rabbithole of a curious story which got curiouser with each dirty turn. Take on a few chapters and get drawn into the rabbithole yourself. It won't take you 10 years, I promise.

Posted by Ficciones at Wednesday, October 02, 2013