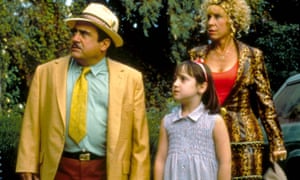 T
oxic families in fiction go back as far as the art of storytelling itself. Greek mythology is awash with dysfunctional families, from Kronos swallowing his children to ensure they never usurp him to Zeus and the Olympians overthrowing their parents, the Titans. The Old Testament gives us fratricide with Cain and Abel, sibling rivalry with Joseph and his brothers, and the devastating effects of parental favouritism with Jacob and Esau. Fairytales delight in wicked stepmothers, neglectful fathers and evil sisters. For 3,000 years or more, storytellers have known that there is no narrative so powerful as the warring family.

It doesn’t take a classicist, theologian or literary critic to understand the draw. We love stories about family because it’s the one thing we all have in common: however different our experiences, we all begin life in some form of family. Dysfunctional families in fiction reassure us that ours is not the only one fraught with tensions, conflicts, rifts and rivalries.
For me, the family is where we learn how to love, to negotiate, to conduct the relationships we’ll have in adult life. In writing my novel If Only I Could Tell You, I wanted to explore what happens when those relationships are infected by silence and secrets, by a failure to acknowledge tragedy. It’s a story about how the secrets of families will always find a way to express themselves: in decades-long estrangements, failed marriages, illnesses. And how the only way to repair that damage – to find happiness as a family – is to be honest and open about the things we find most painful.
My estrangement from my alcoholic father has been processed in part through the stories I have read. I have found solidarity with characters who were lost, confused or angry, and felt understood by writers who have conveyed feelings of love and loss, hope and disappointment, longing and grief with such emotional acuity. Here are my 10 favourites. 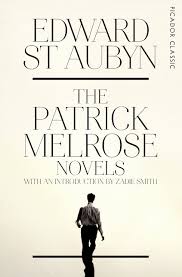 No writer captures with quite such devastating and visceral honesty the lifelong effects of growing up in a toxic family as St Auybn in his five semi-autobiographical Patrick Melrose novels. Sexual abuse, emotional neglect, familial cruelty and maternal negligence feature heavily, alongside drug addiction, alcoholism and attempted suicide. If all that sounds grim, St Aubyn is also one of the funniest, sharpest writers of his generation and the books are as beautifully observed as they are shocking and moving.


2. A Thousand Acres by Jane Smiley

Smiley’s update of King Lear transports Shakespeare’s story to a farm in Iowa. Larry King is a proud, possessive and controlling father, who has raised his three daughters – Ginny, Rose and Caroline – since the death of their mother. While Smiley retains the themes and structure of Shakespeare’s original – in her Pulitzer prize-winning version, it is the inheritance of the farm that is at stake – she introduces new layers of emotional and psychological complexity, exploring issues of sexual abuse, infidelity and infertility.

While Flynn may be best known for Gone Girl, it is Sharp Objects in which she displays her keen understanding of the dark underbelly of family life. Journalist Camille Preaker, fresh from her stay in a psychiatric unit for repeated self-harm, is sent to her home town to report on a series of brutal murders. The interplay between Camille, her sociopathic mother, her wayward and troubled half-sister and her wilfully ignorant stepfather is a chilling and compelling masterclass in denial and scapegoating.


4. Oranges Are Not the Only Fruit by Jeanette Winterson

Winterson’s semi-autobiographical novel, published in 1985, portrays one of the most harrowing mother-daughter relationships in fiction. The protagonist, Jeannette, is adopted by a strict Pentecostal family and her interaction with the world beyond the tight religious community is severely restricted. Her teenage lesbian love affair is met with both outrage and cruelty in a coming-of-age novel that conveys so powerfully the lengths some parents will go to protect their ideologies.

No list of fiction’s toxic families would be complete without the Wormwoods. Dahl’s classic tale of a precocious child with magical powers, living with vain, neglectful parents and an equally idiotic brother, is part childhood wish fulfilment, part morality tale and altogether delightful.

By the time I read Roth’s controversial novel, aged 17, it was 1992 and Portnoy’s Complaint had been in print for 23 years. Portnoy’s narration to his therapist about his teenage sexual escapades, his overbearing mother and perennially constipated father provoked as much outrage as it did praise on publication, but remains to this day one of the best comic coming-of-age novels.


7. The Vanishing Act of Esme Lennox by Maggie O’Farrell

The Lennox family are – to the outside world – a respectable, upper-middle-class Edwardian family. But the titular protagonist is deemed wilful and difficult, a disruption to polite society with her sharp intelligence, curiosity and creativity. O’Farrell portrays maternal disdain towards Esme with a sense of quiet devastation, bu when something truly terrible happens to the protagonist her parents and sister take familial cruelty to new levels.


8. My Name Is Lucy Barton by Elizabeth Strout

Like O’Farrell, Strout explores the nuances of family relationships in her story centred around a five-day hospital visit to Lucy by her estranged mother. Through the course of their conversations, we hear of Lucy’s damaging childhood: of cultural deprivation, financial hardship, paternal rage, and inexplicable punishment. It is a novel that unpicks the tangled complexities of mother-daughter relationships – the conflicts and bonds, the absences and hope for reconciliation – with extraordinary insight and compassion. 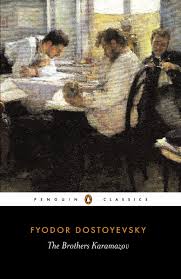 9. The Brothers Karamazov by Fyodor Dostoyevsky

A neglectful father, three rivalrous sons and a dispute over inheritance drive the story of Dostoevsky’s final novel. With a plot to rival a Greek tragedy, Dostoyevsky gives us patricide, fraternal conflict, suicide and betrayal in a tale as much about faith and doubt as it is about the toxicity of family relationships.


10. See What I Have Done by Sarah Schmidt
Schmidt’s debut novel, which re-examines the infamous trial of Lizzy Borden for the murders of her father and stepmother in 1882, is a chilling portrayal of family resentments, tensions and pathologies. Schmidt’s narrative, focusing on the days leading up the murders, concentrates on the torturous relationship between Lizzy and her sister, Emma. Add in to the mix a miserly and uncommunicative fathe, and an unloved stepmother, and the stage is set for story worthy of the Brothers Grimm.