Diana Vierny / A Model for Maillol

DINA VIERNY
A MODEL FOR MAILLOL 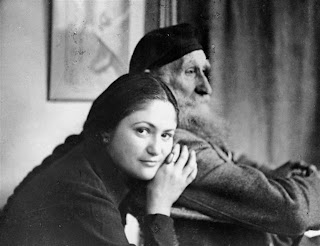 
Dina Vierny, the model whose ample flesh and soft curves inspired the sculptor Aristide Maillol, rejuvenating his career, and who eventually founded a museum dedicated to his work, died on Jan. 20 in . She was 89.


Her death was announced by the Fondation Dina Vierny-Musée Maillol, which she founded in 1995.

In the same period when she was modeling, Ms. Vierny, who had joined the Resistance early on during World War II, led refugees from Nazism across the Pyrenees into  as part of an American organization operating out of Marseille. 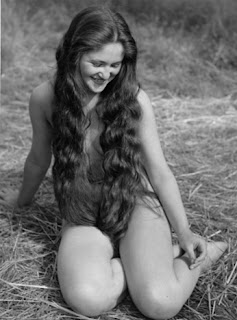 Ms. Vierny was a 15-year-old lycée student in  when she met Maillol, in the mid-1930s. The architect Jean-Claude Dondel, a friend of her father’s, decided that she would make the perfect model for the artist, who was 73 and in the professional doldrums.

“Mademoiselle, it is said that you look like a Maillol and a Renoir,” Maillol wrote to her. “I’d be satisfied with a Renoir.”


For the next 10 years, until his death in a car accident in 1944, Ms. Vierny was Maillol’s muse, posing for monumental works of sculpture that belied her modest height of 5 feet 2 inches. By mutual agreement, the relationship was strictly artistic. 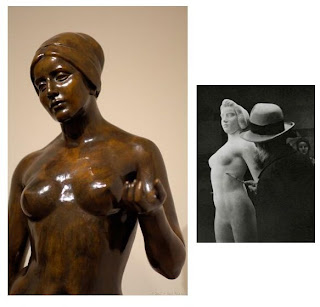 Maillol threw himself into his sculpture with renewed energy and, at Ms. Vierny’s urging, began painting again. After his death, she worked tirelessly to promote his art and enhance his reputation, eventually creating the  and donating 18 sculptures to the French government on the condition that they be placed in the Jardin des Tuileries. She later added two more.

Ms. Vierny was born in , in what is now , in 1919 and was taken by her parents to  when she was a child. Her father, who played the piano at movie houses, made a modest living while opening his home to an entertaining collection of artists and writers.

Ms. Vierny, who was intent on studying physics and chemistry, took to the role of artist’s muse reluctantly at first, posing during school vacations and glancing sideways at her schoolbooks on a nearby stand. The generous modeling fees and Maillol’s sense of fun won her over.

For the first two years, though, she kept her clothes on, not out of modesty — she and her friends belonged to a nudist club — but because of Maillol’s timidity. She herself later proposed that he try some nude studies. “Since he never asked, I figured he would never have the courage,” she told National Public Radio last year. 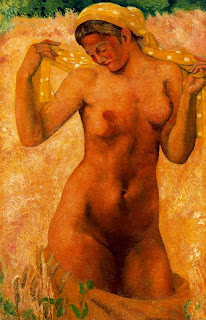 Her Rubenesque figure and jet-black hair indeed made her, as Dondel had predicted, “a living Maillol,” memorialized in works like “The Seated Bather,” “The Mountain,” “Air,” “The River,” and “Harmony,” his last, unfinished sculpture. Maillol also turned to her as a subject for drawings and painted portraits, like “Dina With a Scarf,” now in the .

In 1939, Maillol took refuge at his home in Banyuls-sur-Mer, at the foot of the eastern . There, Ms. Vierny, who had already begun working for a Resistance group in , was approached by the Harvard-educated classicist Varian Fry, whose organization in Marseille helped smuggle refugees from occupied  into . Unbeknownst to Maillol, she began working as a guide, identifiable to her fleeing charges by her red dress. The work was doubly dangerous because she was Jewish.

Ms. Vierny soon began dozing off at her posing sessions. The story came out, and Maillol, a native of the region, showed her secret shortcuts, smugglers’ routes and goat paths to use. After several months of working for the Comité Fry, Ms. Vierny was arrested by the French police, who seized her correspondence with her friends in the Surrealist movement but failed to notice stacks of forged passports in her room.

A lawyer hired by Maillol won her acquittal at trial, and to keep her out of harm’s way the artist sent her to pose for Matisse in Nice. “I am sending you the subject of my work,” Maillol told Matisse, “whom you will reduce to a line.”

Matisse did several drawings and proposed an ambitious painting that he called a “Matisse ,” after the famous painting by Manet. When Maillol heard that the project would take at least six months, he hastily recalled her to Banyuls. 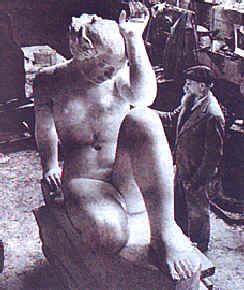 She also posed for Dufy and for Bonnard, who used her as the model for “Somber Nude.”

In 1943, Ms. Vierny was again arrested, this time by the Gestapo, in . She was released after six months in prison when Maillol appealed to Arno Breker, Hitler’s favorite sculptor.

After the war, Ms. Vierny opened an art gallery in , where she exhibited Maillol’s work, as well as that of others. After traveling to the  in the 1960s, she began collecting and showing work by dissident artists like Ilya Kabakov and Erik Bulatov. 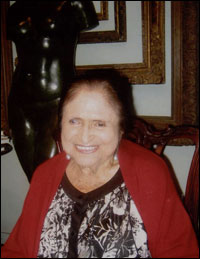 A passionate and unpredictable collector, Ms. Vierny accumulated no fewer than 90 antique carriages, including the omnibus that Toulouse-Lautrec used to pick up his friends and the carriage used by Chateaubriand when he was ambassador to.

In the early 1970s, Ms. Vierny decided to start a Maillol museum. She began buying up apartments on the Rue de Grenelle in , selling off her collection of 654 dolls along the way. In 1995 she opened the Fondation Dina Vierny-Musée Maillol, whose permanent collection also includes work by Degas, Kandinsky, Picasso, Duchamp and assorted naïve artists, yet another of Ms. Vierny’s enthusiasms.

It was at the museum that Ms. Vierny lived the rest of her life. She is survived by her two sons, Olivier Lorquin, the director of the , and the art historian Bertrand Lorquin, its curator. The Maillol connection continues after her death. It may even have preceded her birth. 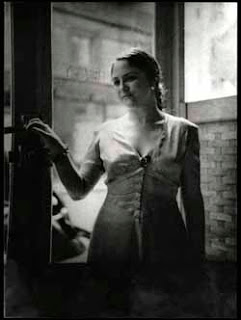 “One day, I was climbing up an almond tree and Maillol turned to my father,” Ms. Vierny told The Independent of  in 1996. “He said to him, ‘You made her, but it was I who invented her.’ And he really did believe that he had invented me. He said that he had been drawing my features for 20 years before my birth.” 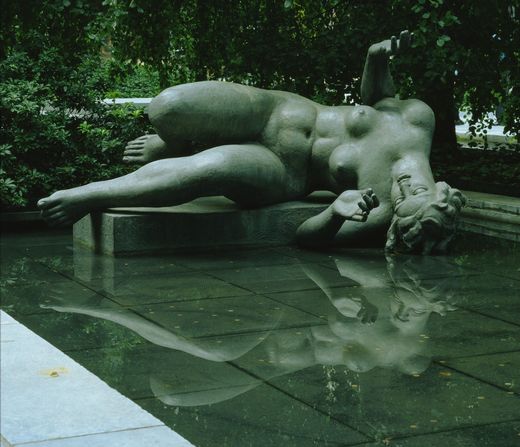 Born in Kishinev, in what is now Moldova, in 1919, the Jewish Dina Vierny and her family moved to France where young Dina became model, muse and platonic companion for artist Maillol, from the mid-1930s. She remained with him until his death in a car accident in Banyuls in 1944.


After his death, she continued to promote his work, eventually creating the famous Musée Maillol in Paris.
She also posed for Matisse, Dufy and Bonnard
However, there was more to Miss Vierny than artist’s model. Based at Maillol’s home in Banyuls, and unknown to Maillot, she helped to smuggle refugees into Spain, easily identifiable from a distance by her trademark red dress, commemorated by Maillol in one of his last paintings. When Maillol found out about her nocturnal activities, he showed her shortcuts and smugglers’ routes known only to a native of the region, and even offered his studio at Puig del Mas as a halfway house.
Michael Kaufman, deputy foreign editor at The New York Times said “People trying to escape the Germans were told to take the train to Banyuls and go to the station cafe, where they would find a young woman in a red dress. She would lead them to a studio where they could sleep, and the next day they would walk a couple of miles into Spain. She saved the life of my father.’’ Sadly, her own father died in Auschwitz.
Arrested by the Gestapo; she was released after six months when Maillol intervened by appealing to Arno Breker, Hitler’s favourite sculptor.
She died in 2009, aged 89.
http://www.anglophone-direct.com/Dina-Vierny-Maillol-s-Muse

Email ThisBlogThis!Share to TwitterShare to FacebookShare to Pinterest
Labels: Maillol