An open letter by Juan Marsé, one of Spain’s great living writers, to the late poet Jaime Gil de Biedma


At the height of this week’s Catalan crisis, social media began echoing an impressive poem, Sad October Night, that the poet Jaime Gil de Biedma dedicated to his friend Juan Marsé in 1959. Alerted by EL PAÍS about this fact, Marsé – who is one of Spain’s great living writers and has publicly expressed horror about current events in the northeastern region – revisited that moving poem and has now written an open letter to his beloved Gil de Biedma, who died in 1990:

Dear Jaime. They tell me that your poem Noche triste de octubre, 1959 (Sad October Night, 1959), published in Moralidades in 1966, has been circulating online. You will recall a conversation we had regarding some of the images evoked in the poem, back when you were writing it, particularly on that rainy afternoon when you read out a rough draft to me. You told me you would dedicate it to me, if you ever managed to finish it. To me, October has always been a month of bad omens and dramatic overtones, and you cannot imagine how this October 2017 has surpassed even these ominous misgivings. The problems are not the same, the country is not the same, but the outlook is still dire.

I am reminded now of the day when, a glass of gin in one hand, you sat inside your basement (“darker than my reputation, which is saying a lot,” you once wrote) on Muntaner street (in Barcelona) and read out to me the verses of the last block in the poem:

All along the coast of Catalonia it is raining
with true cruelty, with smoke and low-lying clouds,
blackening walls,
dripping factories, filtering into
poorly lit workshops.
And the water drags out to sea incipient
seeds, mixed up in the mud,
trees, lame shoes, abandoned
tools and everything scrambled up
with the first protested Letters.
[Por todo el litoral de Cataluña llueve
con verdadera crueldad, con humo y nubes bajas,
ennegreciendo muros,
goteando fábricas, filtrándose
en los talleres mal iluminados.
Y el agua arrastra hacia la mar semillas
incipientes, mezcladas en el barro,
árboles, zapatos cojos, utensilios
abandonados y revuelto todo
con las primeras Letras protestadas.]
Those were different times, different laments. I want you to know that on this October, it is not raining on the coast of Catalonia, or at least it hadn’t up until the 10th, the day on which I write this (we are experiencing a prolonged drought, and I don’t mean just a political one); there is no smoke or low-lying clouds blackening walls, not in the sense of the spiritual defeat and moral misery that you saw in the urban landscape back then, in the unhappy gray city of those days, sunken into humiliation and grievance, because these days we live in a democracy, in a state where the rule of law prevails, but even then, even after finally getting back our freedom and autonomy, you know that the homing instinct is strong, so even if this October 2017 there were no early
rains, and the government
is still in its cabinet meeting,
it is unclear whether currently considering
unemployment benefits or layoff rights,
or if, isolated in an ocean, it is simply
waiting for the storm to pass
and the day to arrive when, finally,
the outlook stops being dire.
[las lluvias, y el Gobierno
sigue reunido en consejo de ministros,
no se sabe si estudia a estas horas
el subsidio de paro o el derecho al despido,
o si sencillamente, aislado en un océano,
se limita a esperar que la tormenta pase
y llegue el día, el día en que, por fin,
las cosas dejen de venir mal dadas.]

The point is that, even though we have left the dictatorship far behind, the outlook is still dire. We are currently going through a grotesque conflict of identities, national anthems and flags, and simpleton rhetoric that threaten to poison our existence for a long time to come. Let me say it my way, without the least poetic intention, since you know that I was never good at that: I’ve had it up to here with the rogues who are governing us right now, and I mean the ones over here as well as the ones over there.

Let me bring to mind the opening lines of your Apología y petición (Eulogy and petition), which contain that terrible question-turned-poetry that keeps giving me the shivers even today:


I always had a hard time accepting it. But above and beyond all pessimism, I now trust that the rule of law will prevail. The Constitution we gave ourselves in 1978 may have room for improvement, but it is already the best one we’ve had in our entire history. And I am sure you feel the same way. Meanwhile, Catalonia (not your Catalonia, but the silly, clumsy Catalonia that Puigdemont and Junqueras are trying to impose) continues to make an unprecedented fool of itself on a daily basis before the eyes of a world watching in amazement.

So let’s see, Jaime, how about another drink? Out there, for now, there is only agreement on everyone’s disagreement, but I’m sure that better times will come. 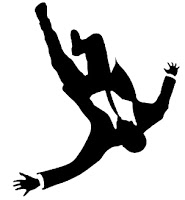