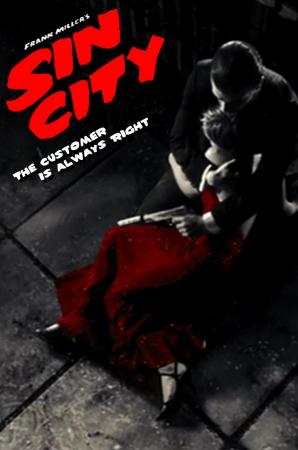 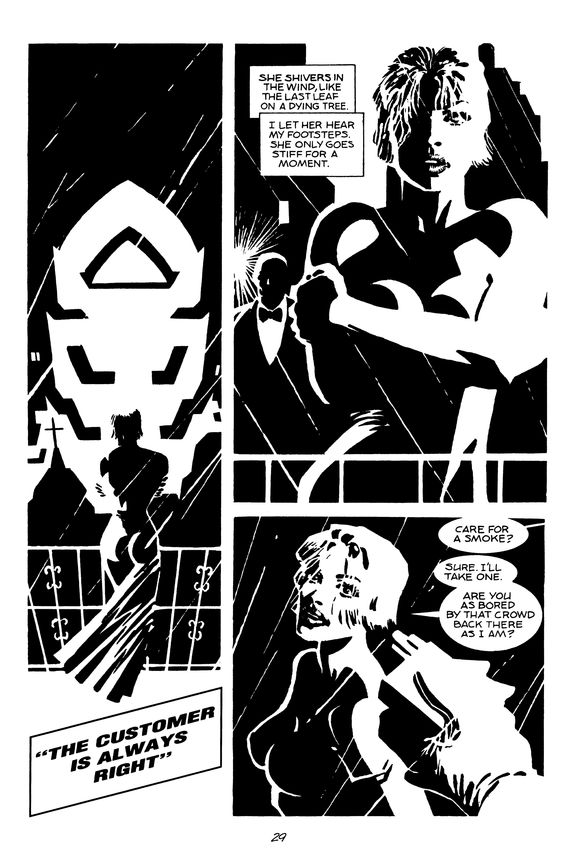 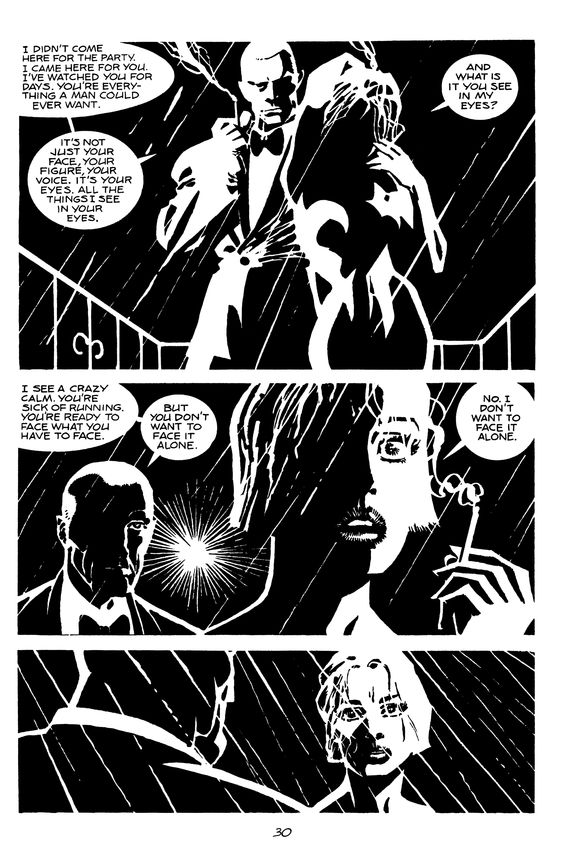 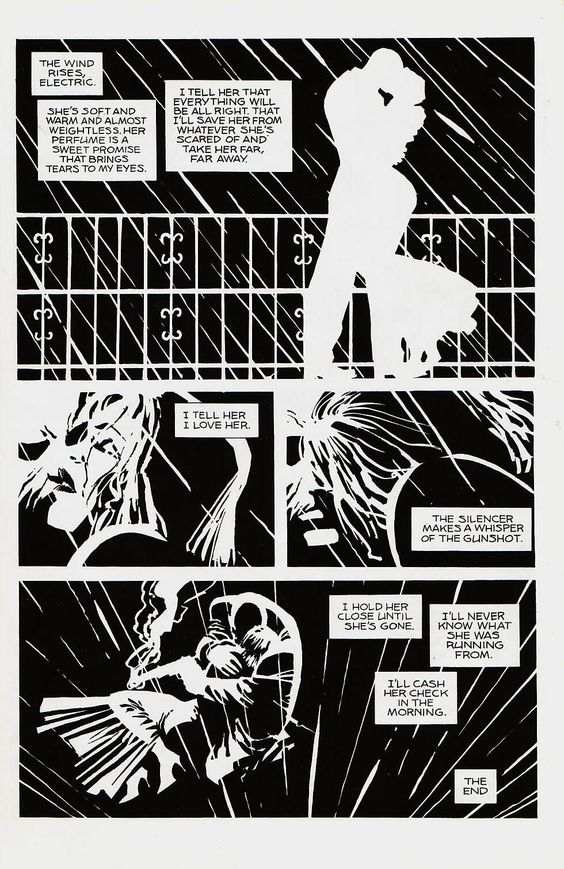 The Customer is Always Righ

It served as the opening sequence for the movie Sin City, which featured Josh Hartnett and Marley Shelton. The sequence served as the original proof of concept footage that director Robert Rodriguez filmed to convince Frank Miller to allow him to adapt Sin City to the silver screen.

The story involves an enigmatic tryst between two nameless characters; "The Customer" and "The Salesman". They meet on the terrace of a high rise building, hinting that although they seem to be acting like strangers, they do indeed have some sort of past. It is unclear what their past involves even as they embrace in a passionate kiss.

A silenced gunshot stabs the night air to reveal that The Salesman has shot The Customer. The reader is led to believe that The Customer had fallen into a serious and difficult situation and, with no other feasible alternative, hired The Salesman to kill her. Later information given by Frank Miller on the commentary of the Recut & Extended DVD Edition states that The Customer had an affair with a member of the mafia and, when she found out, tried to break it off with him. The mafia member then swore to her that she would die in the most terrible way possible, and when it is least expected. The Customer, having connections, hires The Salesman (who is referred to as "The Lady-Killer") to kill her. In the comic The Salesman is The Colonel, as Miller has verified in the BLAM! section page 29 of the one-shot issue Sex & Violence.