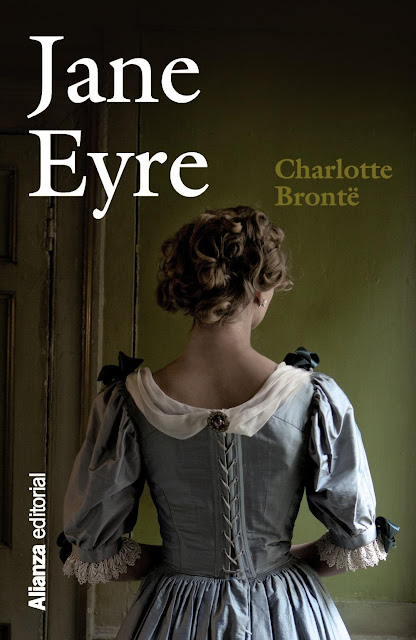 I read Wide Sargasso Sea before I ever got to Jane Eyre. It wasn’t until my youngest son was set Jane Eyre for A-level that I finally read it (I thought I had but it turned out I’d only osmosed it from the air and screen). Wide Sargasso Sea, I’d read several times. Reading them the wrong way round, which happens to be chronologically the right way round, does rather spoil the romance: leaving you alert to a morally derelict rather than a Byronic Rochester. Jane falls for a man whose degeneracy and sadism drove his first wife mad. Lushly erotic and deeply disturbing, Rhys’s book bleeds very darkly into Brontë’s.

Throughout the exquisite suffering and withholding dance of Jane and Rochester’s courtship, you are thinking, ‘Please no, Jane, not after all we’ve been through so intimately together, the beatings and privations, the humiliations and near-starvations. Did love deafen you when he told you of roaming Europe and setting up home with three separate courtesans? What of his STDs?’
And what of poor little Adèle, the abandoned child of his Parisian mistress? There he is, pampering her with cadeaux while referring to her repeatedly and within her hearing as “it”, and remarking on her stupidity. Why did he take her in if he despises her so? And then, Rhys whispers in your ear and you shudder to remember that in Wide Sargasso Sea Rochester has sex with a servant girl, who can’t have been more than a child.
And on to the spectacle of the mad woman in his attic: unkempt and ugly, raving and knifing and biting. Rhys won’t allow you to dismiss her as some sort of mythical vampyre, or even Jane’s rebellious alter ego. In Wide Sargasso Sea, she is a beautiful but fragile Creole heiress whom Rochester marries for her fortune, and on his honeymoon is already resenting for her “disconcertingly non-European” eyes.
It is never made clear in Jane Eyre from what form of madness the first Mrs Rochester is suffering. Something must have turned her from a beautiful bride into this swollen, purple monster. Given what Brontë tells us of his decade-long lost weekend, does it seem unlikely that Rochester has given her syphilis?
And then, up on the roof, among the flames of Thornfield Hall, Rochester loses his hand, his left hand, the one he gave in marriage. According to Jane Eyre, the woman he gave it to jumps, thus freeing him to marry Jane. Oh dear. Reader, I can’t help but think he pushed her.