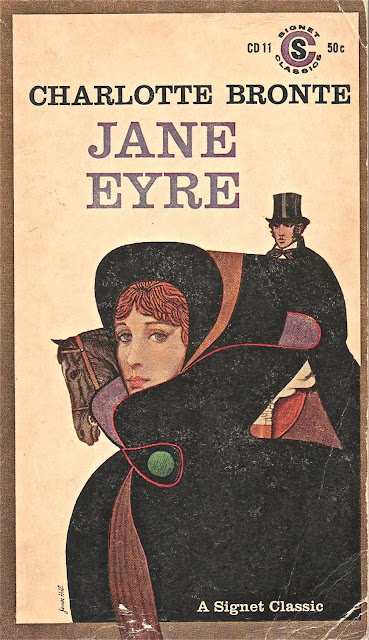 
I remember being gripped by two aspects when I first read Jane Eyre at the age of 10 or 11 – the horrible school at Lowood and the mad woman in the attic. The Lowood episode is the most frightening boarding school story ever written, and, of course, all children, me included, think they are friendless, persecuted and despised, and identify with the poor orphan. The meals of burned porridge were nearly as bad as the processed peas and gristle stew of Sheffield girls’ high. I don’t know why the fate of Bertha Mason simultaneously attracted and terrified me so much, but it did. I don’t think it was for protofeminist reasons: it was more a fear of fire and madness, though its subliminal power was obvious even to a child. As an adolescent, I suppose I became more interested in the love affair, though by then I had read Wuthering Heights and much preferred Heathcliff to Rochester, and the fairytale wish-fulfilment elements in Jane Eyre I already found annoying and disturbing. On rereading in old age, I now find the arch, self-righteous and implausible dialogues between Jane and Rochester boring: they serve to remind one that Villette is a much greater work. Maybe I prefer tragedy to romance. But I do now find the St John theme of temptation-to-virtue more resonant than I did, and Brontë’s dreams of red room wombs and lost babies are very powerful. Also, I do now see more clearly why she shocked her contemporaries so much: Matthew Arnold was right when he said she was full of “hunger, rebellion and rage”. Jane does not even attempt to hide her greed and need for love. It is painful to read of her longings, and even more painful to know they were never to be satisfied.